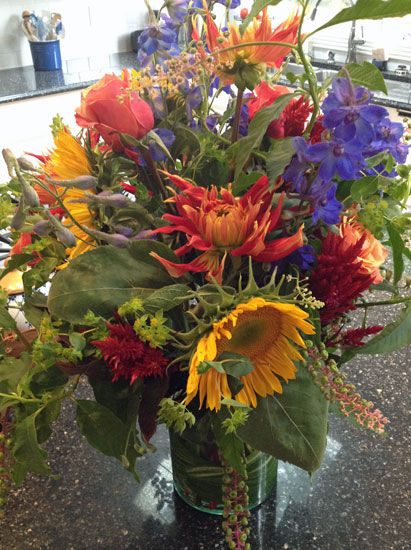 Lisa and Lenny sent us this beautiful massive bouquet to thank us for our help last week. The arrangement towers two feet tall and brings a lot of sunshine into our home... but shouldn't WE be sending Lisa and Lenny flowers for bringing Little Lucy into our lives? 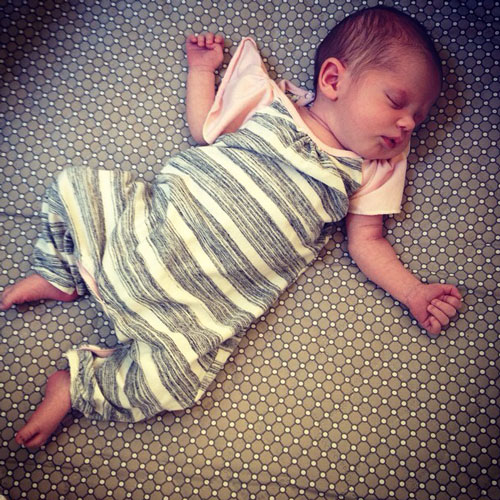 The little fashionista had her one-week check-up and has gained half a pound!

So much has been happening and we have been busy flying back and forth to Los Angeles... and just in case we thought there could could be a moment to rest, the University of Oregon Ducks had their first football game of the season Saturday in Eugene. The Ducks were playing the South Dakota Coyotes (pronounced KYE-yotes - rhymes with boats). 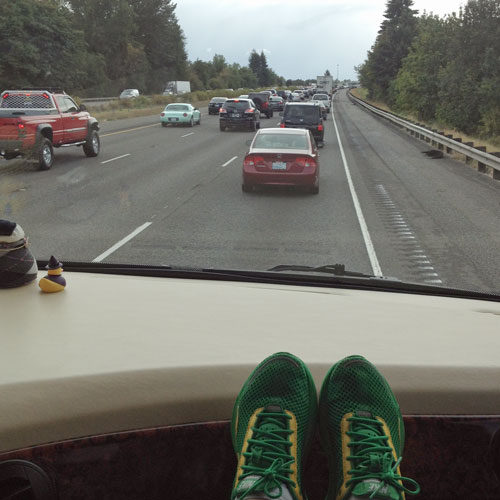 Due to the 7:30p kick-off, we left our house at one o'clock and spent the next four hours parked on I-5. Oh, the traffic was terrible. Game day traffic is always heavy between Portland and Eugene, but the drive should not take more than two hours. We crawled-along and imagined a most-horrid accident was ahead to cause such a traffic jam on a major US interstate.

The only good thing about crawling in traffic (DT was driving) for hours? It was legitimately cocktail hour by the time we arrived to Autzen Stadium. (Not that the clock ever seems to stop anyone from drinking at a tailgate party!) 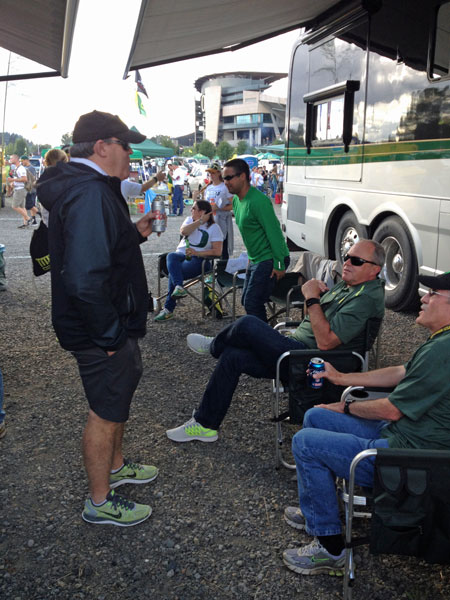 Which may explain why I snapped this photo just after we arrived, with great plans to shoot the entire party and then promptly forgot. Since we had been away, our tailgate gang took pity on us and only requested we contribute a fruit salad this week. Woody served grilled sausages and Mary brought a pasta salad. So many friends - including Captain Jim & Mary - stopped by to congratulate us on the birth of our beautiful new granddaughter! 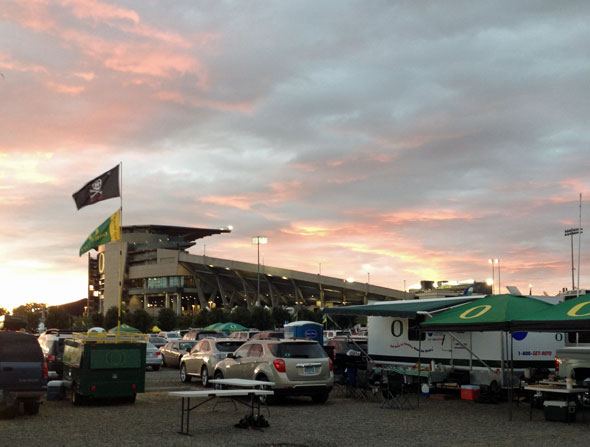 The Ducks managed to beat the Coyotes 62-13. Let's see how it goes next week against the Mighty Michigan State Spartans.

Until my next update, I remain, your quacking correspondent.