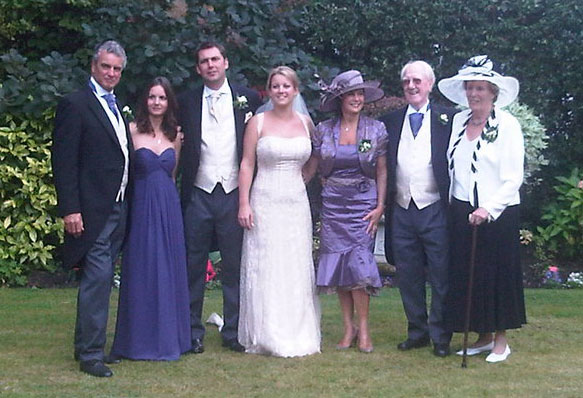 This gorgeous bride is Kate. We have been friends with her family since the 80's when we all lived in the same neighborhood in Taipei, Taiwan. Though we returned to the US and they returned to England, we have remained good friends and have visited each other many times. The girls have now all graduated university and live/work in London, and their parents live in a beautiful home about 45 minutes outside London.

DT and I were sadly unable to attend Kate & Andy's wedding, but we sent what newly-weds seem to need most. 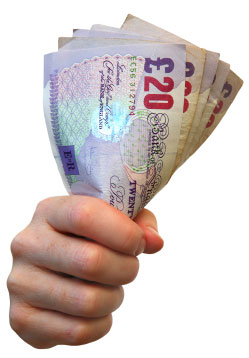 Not a toaster. Cash. In this case, British Pounds.

I went online to my bank and ordered British Pounds. The next day they were delivered to our door. Nothing could be easier. Pretty, crisp new British Pound notes. We signed a touching wedding card, stuffed it with the cash and put it in a Fed-Ex envelope and over-nighted it to England.

Several days later, I went online to Fed-Ex to check the shipment and noticed it was still in Memphis. Hmmm. Virtually every Fed-Ex shipment goes through Memphis, so I wasn't too concerned. The wedding came and went and the packet was still in Memphis. I put a tracer on the shipment. Fed-Ex contacted me and asked what was in the packet. I told them "a greeting card, addressed to Kate & Andy".

Time goes by. We fly to Nashville for the game. I am busy. I kinda didn't think about the Fed-Ex packet. Then Fed-Ex calls and suggests maybe there was some cash in the greeting card and it had been found - smished inside their Memphis machinery. Did you know it is against FedEx policy to send cash? No. Well, it is and it states so on every package. (I did go look at the packaging and - dang - it does say so if you are wearing your reading glasses which apparently I wasn't.) Fed-Ex returned the packet to me. 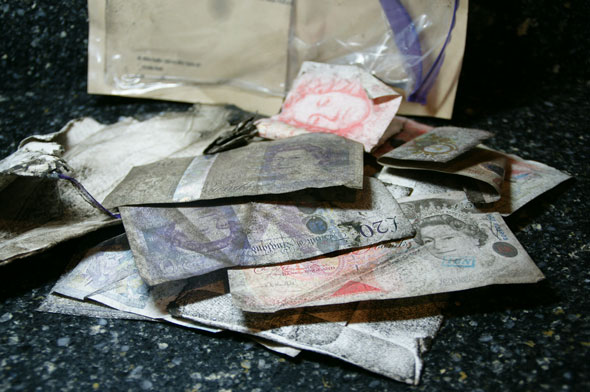 I don't even know how to describe the money, except to say the notes looked like they had been in a fire. It was smoked money. It had a black residue over every bill. The greeting card was melted into a grungy mess. 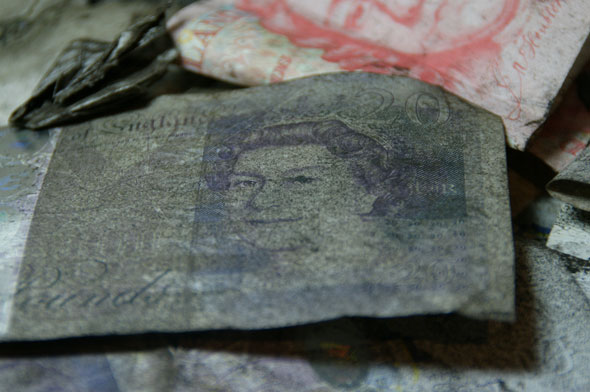 The Queen has looked better.

Anyway. All the cash was returned. It was just really dirty. Smoky. Covered in soot. 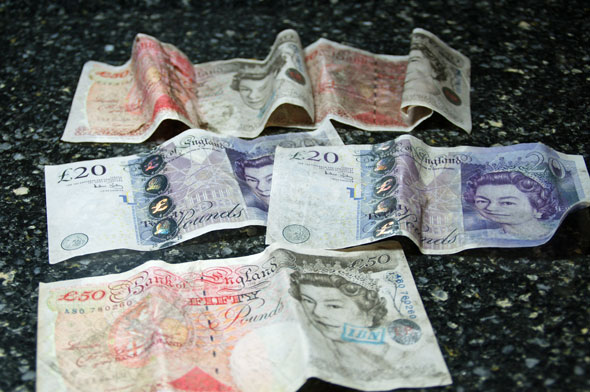 I put the money in a mesh lingerie bag. Placed the bag in the front-loader Whirlpool. Lots of soap. Hot water. Dang if it didn't come out pretty clean. 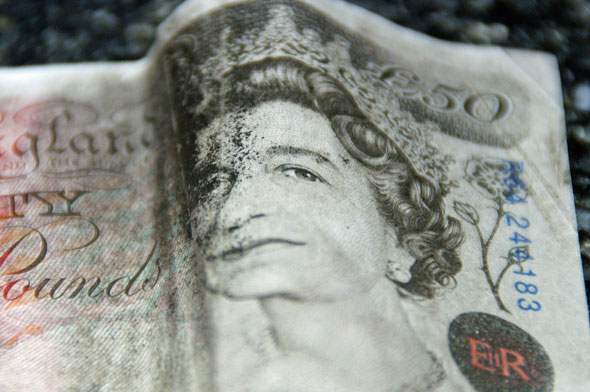 Except for this 50 pound note, where the Queen now looks like a really mean cross-dresser. 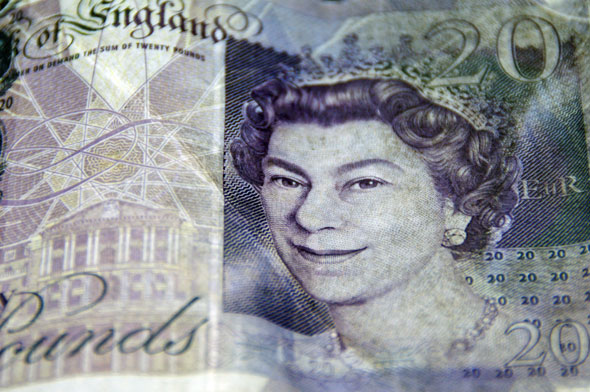 But on most notes, Queen Elizabeth looks like her Royal Regal Self... though Brandy (at my mani/pedi salon) could do wonders with those eyebrows.

After a little money ironing, I went to the bank and exchanged the dodgy cash for an international money order/cheque thing and sent that instead. Seems the newlyweds are not going on their honeymoon until mid-October, so it all worked out.

It's an adventure every day around here.

Until my next update, I remain, your "International Woman of Intrigue Idiocy" correspondent.
« Roasted Cauliflower Big Al’s »