Glendale, Arizona:  What? Are we still here? Yes, we are. A day of rest. DT golfed yesterday and he is still nursing that sore hamstring. We needed a day of R&R, and well, DT had a conference call and we had a few errands to run.

Oh, and it was nearly 70 degrees here today.

On our way home from our errands, we stopped at a very decent (area chain) taco shop - Filibertos - that we visited before. A chicken taco is $1.99, and two tacos are plenty for lunch. Save room for dinner! 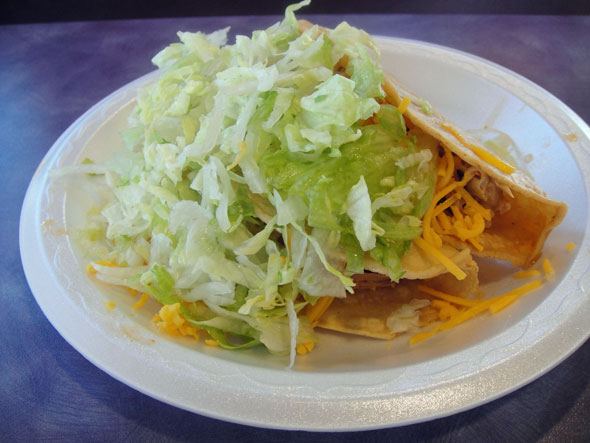 That is a 10-inch plate. (Of course, it is made of Styrofoam. How is the use of Styrofoam still legal? It hasn't been allowed in my town since I can't even remember when.) 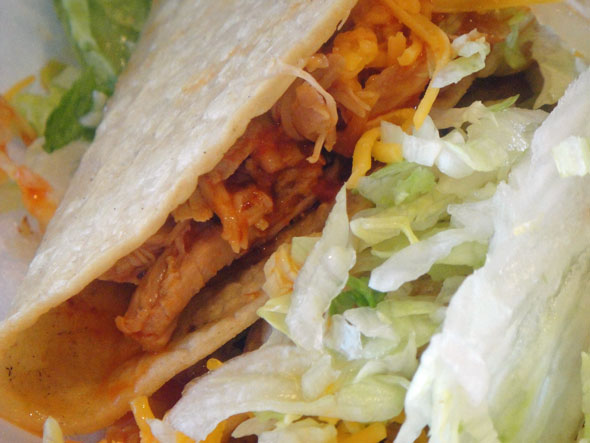 The shell is crammed-full of shredded chicken and topped with a little cheddar and a mountain of crispy lettuce. Several sauces are offered to spice-up your lunch. Lunch for two, under $10.

As you all may know, DT and I have become friends with the group of wonderful people who organized the "fan fest" portion of the 2008 Olympic Trials in Eugene. SportsOne is a great Oregon company - forward-thinking, inspiring, young and energetic. Basically, everything we are not. (Just kidding, we are very forward-thinking and energetic.) SportsOne plans peripheral events for tens of thousands of people - usually around sporting events - track meets, golf tournaments, football games, etc. The SportsOne team has been busy for weeks getting the FanFest ready for the BCS Championship. Now, they are busy tearing-down the BCS Championship FanFest. DT decided we needed to feed them tonight.

Funny story: Today, as the SportsOne crew were loading a 40-foot container with equipment, they saw a jack rabbit inside the cargo area! They knew if the bunny was trapped inside the truck, s/he would surely meet an untimely death via starvation/suffocation on the Interstate freeway back to Oregon. The crew set a trap: 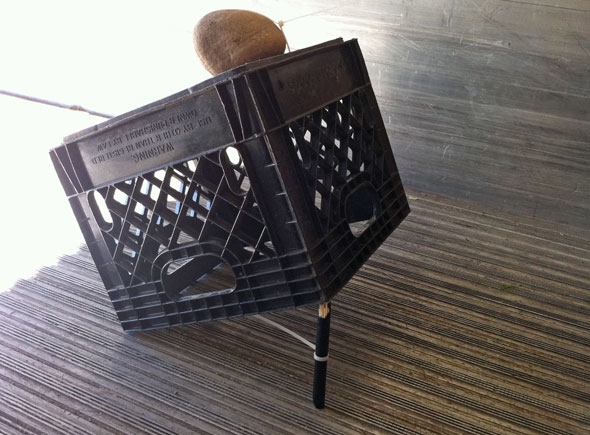 Photo by Tony (UO graduate, by the way)

Hours later, the "carrot placed under the old milk crate trick" did not lure the errant bunny into the trap. The crew resorted to yelling, flashlight terrorism and other loud methods to finally force the rabbit out of the semi-trailer and into the streets of Old Town Scottsdale. Poor thing. How does a jack rabbit find his/her way to a mall in Scottsdale, Arizona in the first place? Couldn't find her way out after the Nordstrom Half-Yearly Sale?

Anyway... we arranged for our friend, Tony (and other SportsOne team members) to meet us at a little family-owned Italian restaurant, Andiamo Italian Bistro, operated by a Moroccan family in Scottsdale. Except for a few patrons in the bar, we were the only customers in the restaurant the entire evening. I had been warned, via internet foodies, that this was the norm, so we charged-in and ordered what proved to be delicious meals. 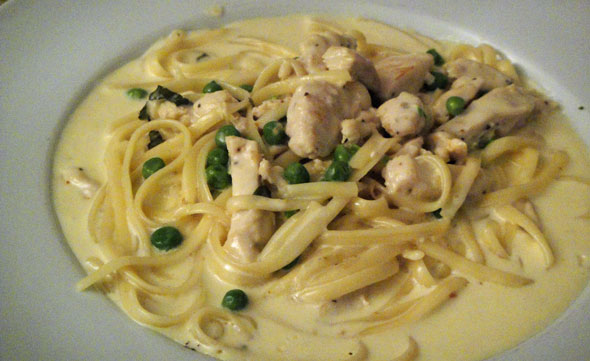 Yummy Chicken (sorry, I ordered it without the bacon) Carbonara. 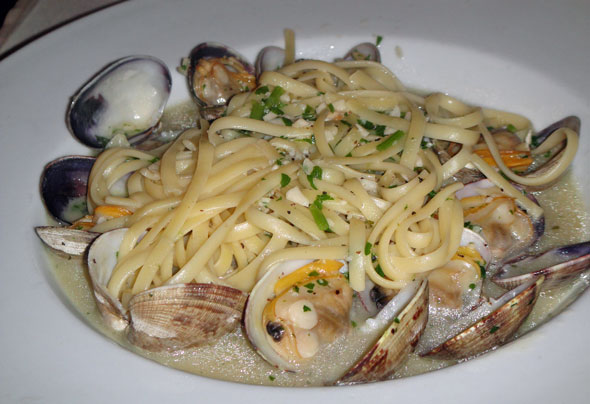 I am pretty sure you all shocked that My Driver ordered a Caesar Salad and Vongole. 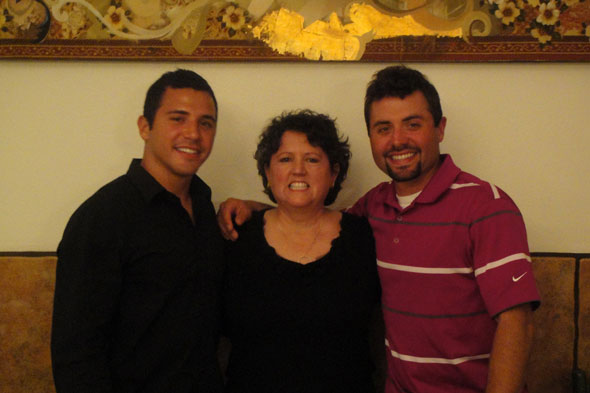 This photo is for Tony and Brandon's Mom. She asked me to take a photo with her two handsome sons at the FanFest... but with all the crowds, it just never happened. Tonight - it happened.

We will be hanging around this not-so-lovely RV park tomorrow, waiting for a tech to come have a look at our internet satellite dish on the roof of our bus. He thinks it is a loose connection, crimped cable or some-such other easily-fixed trouble. I am hoping that 1) he shows up and 2) he is correct.

Until my next update, from who knows where, I remain, your desert correspondent.