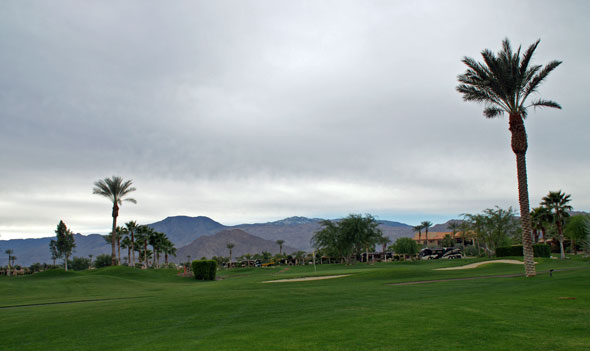 Our view at 8 o'clock this morning

Indio, California: We woke to clouds, but it was still warm. By ten o'clock the wispy layer had mostly burned-off and it promised to be another beautiful day. Yeah!

Also this morning I had an email from one of my long-time readers (DP in Oklahoma) asking if I would mind checking out two sites in this resort that he was interested in renting/buying. Terry on the job! Off I went, camera in hand. DT and I approached the two side-by-side campsites and found both occupied by renters. A handsome young fellow was outside and I explained that I was taking photos for someone interested in renting these sites and would it be okay? Imagine my surprise when he said: I would let anyone, except a Duck Fan, take photos of this site.

Huh? How did he know I was a Duck?

Turns out he is a RV Goddess-head. He (and his wife) reads my blog daily! We have groupies! (Turns out he was completely being sarcastic about the "no Duck" thing too, as I have turned him into a big Duck fan!) Always fun to meet new friends along the road. Hopefully, we will meet this lovely couple again during our stay and I will post photos for you soon.

DT's oldest friend in the world, Mark, lives in La Quinta. The boys ran in high school together and have maintained a friendship throughout the years... which have now turned into years and years and years. Tonight Mark & Debbie came over to the trailer park and picked us up for dinner at a restaurant owned by their friends. 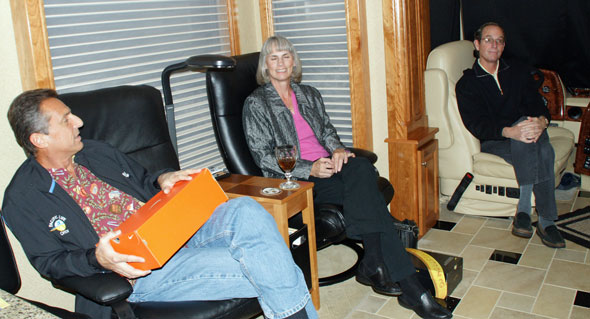 Getting ready to head out for dinner

The Slice serves New York-style pizza and traditional Italian favorites in a family-casual atmosphere. The portions are absolutely massive however, so be aware that one serving will serve two or three people. 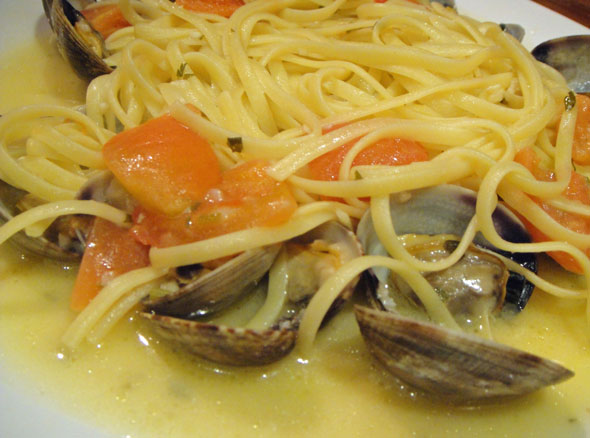 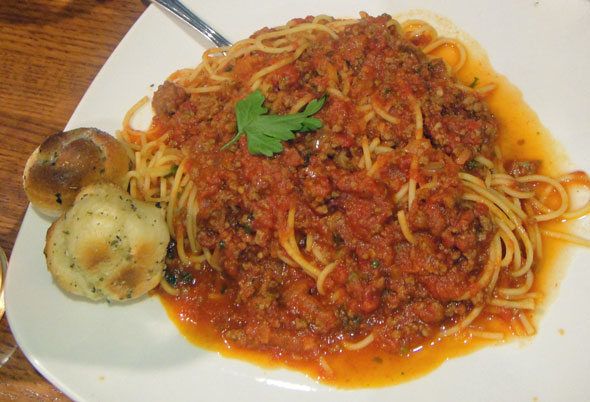 Mark ordered the meat lasagna and I ordered the vegetarian lasagna. Both portions were off the charts. I swear, I brought home enough lasagna left-overs for a family of four. The owners were quite attentive - and their kids are servers in the establishment - and we had a great time in this new enterprise in Rancho Mirage. 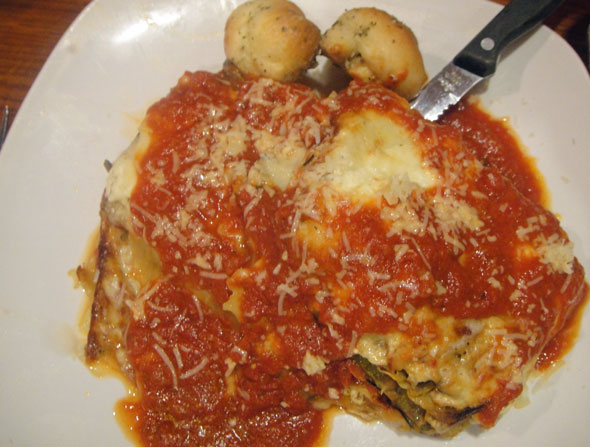 Veggie Lasagna from The Slice in Rancho Mirage

The Mrs. makes all the desserts herownself. Quite impressive too. Look at this tiramisu: 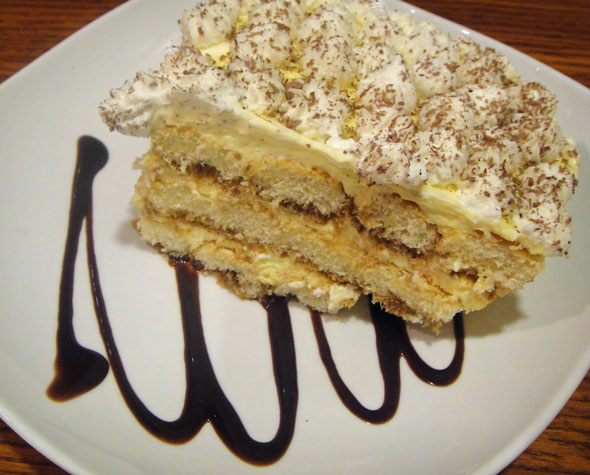 Look quickly too, as the server brought four forks and we ate it all. Thank you, Mark & Debbie for another great evening in the desert.

And now for something completely different...

In preparation for the Big Game on Friday, here is another rap video about the Ducks. As my friend, Julie, says: Who knew Eugene was the epicenter of white rappers.

« Sunny & Warm The RV Goddess is now on facebook »