Wasco, Oregon: Just a quick and early update this evening as we are dry-camping and I don't want to pester our neighbors with the generator... so this update is coming to you via solar power.

Before getting into every boring detail what we did today, I want to post a few photos of the Magna Peregrinus cockpit. Several readers sent emails this week after seeing the odometer photo - so here we go... 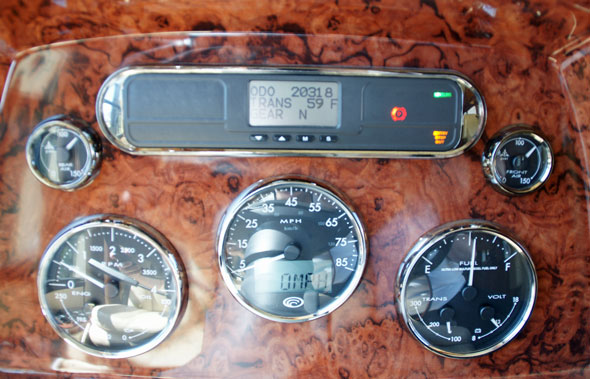 The two little dials are gauges for the air-ride system. 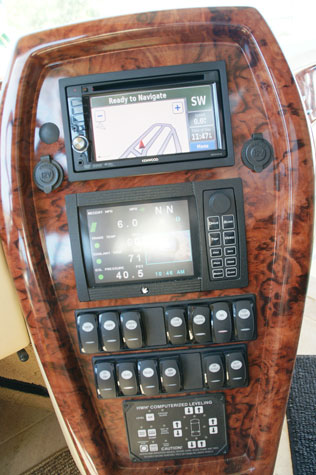 This panel sits to the right of the driver - in the center of the dash. Top screen is the GPS, radio, CD, back-up camera, etc. This screen also is used by cameras on either side-mirror - when a turn-signal is engaged, the screen shows the entire lane. Makes for much safer lane changes - no hidden motorcyclist! Lower screen is the Silverleaf system. I can't even begin to describe what it monitors, except to say everything in the coach, plus another back-up camera. There is also a sister-panel in the rear. While driving, DT has the panel set to scan through the systems - from transmission to temperatures. The rear panel shows how much water we have in our tanks, propane, battery load, starts/stops the generator, shows how much power we are consuming, etc. It confused us at first, but it became second nature very quickly. The two rows of switches are for map lights, flood lights, curb lights and other assorted stuff. The small panel at the bottom is our leveling system. Our coach does not have jacks - it levels itself with an airbag leveling system. 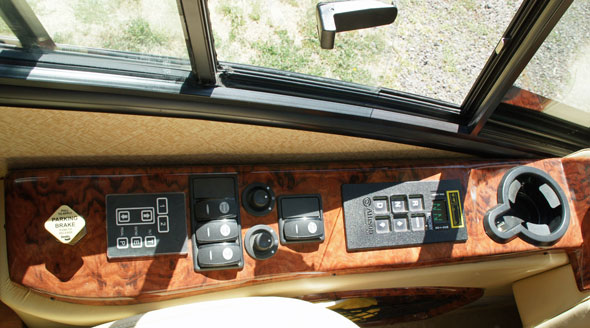 What is a tag axle? The Magna Peregrinus has two rear axles and the very rear-most axle is called the tag. The center axle has two tires on each side. This gives incredible stability to the ride and allows the massive weight in motorhomes of this size. The tag axle can actually lift-up enough so that - when traveling at 10mph or less - your turning radius is greatly tightened. We have only raised the tag axle a dozen times or so in the nearly two years we have owned this bus - usually when trying to squeeze into our own driveway! 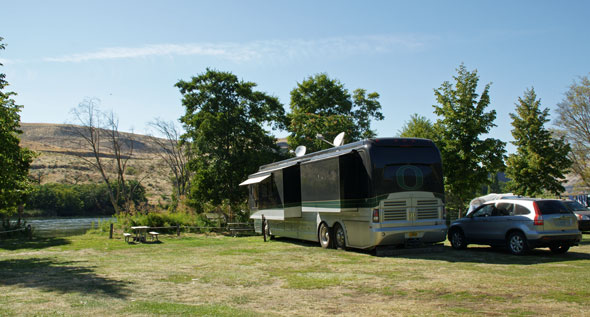 Anyway, back to our day. First, since I had to run over 600 miles this morning to counter-act the five deep-fried cheese curds I consumed last night, so you can imagine we had a late start out of Union. We continued west on I-84 and decided to call it an afternoon when we reached the spot where the Deschutes River meets the Mighty Columbia - Deschutes River State Recreation Area.

The park is old and the serviced campsites are very small - but we found a great dry-camping spot in a meadow right on the river! 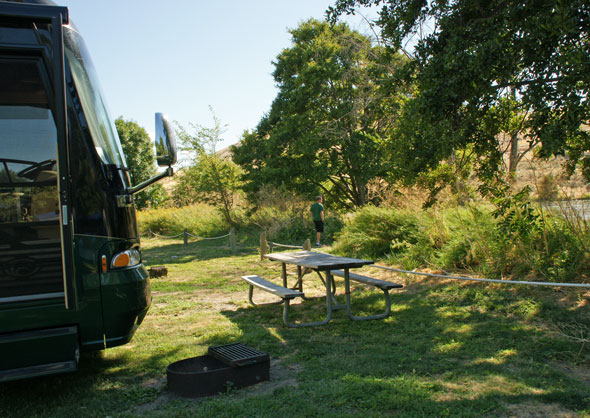 Before I get any emails - we are not going to have a campfire tonight. (Not allowed this time of year in the forests anyway.) 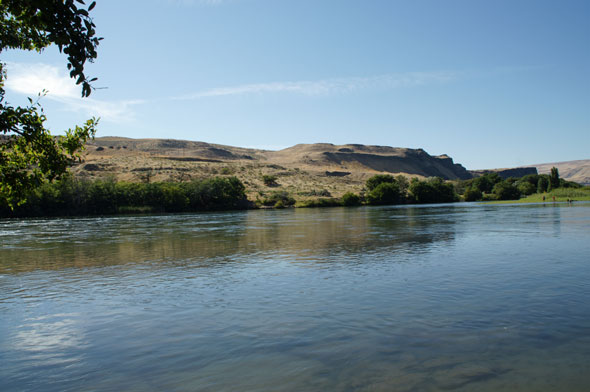 The beautiful Deschutes River! (Pronounced duh-SHOOTS, FYI.) The steelhead are biting like mad and the campground is full! On Monday! 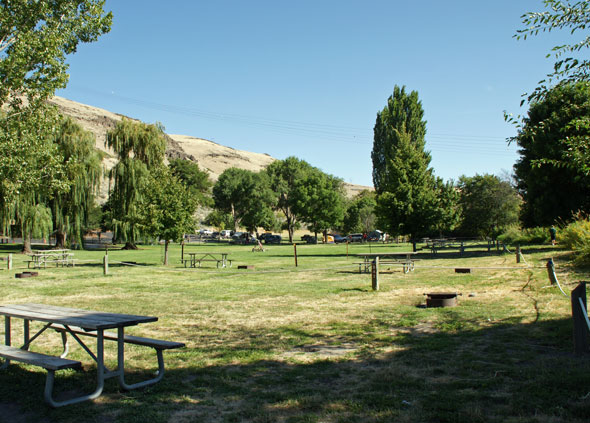 A beautiful spot to camp along the river - the bathhouse has hot showers and flush toilets. Water is available, but no dump. 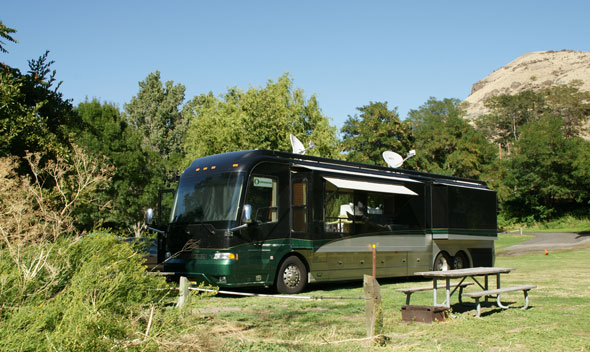 Our little cabin on the river.

I brought incredibly expensive grass-fed, organic, cared-for-by-virgins, New York steaks along on this trip. The plan was to cook them when we arrived to see Chris at his new house in Provo. We were a bit premature. While Chris does own four dinner plates, he has yet to purchase a grill... so Chris decided we would go out. I left the steaks in our freezer. So tonight, we dine well. Sorry Chris - but I promise you, we will enjoy your steaks.

Until my next update, I remain, your riverside correspondent.

Added later: I couldn't help myself. I had to post this photo for Chris: 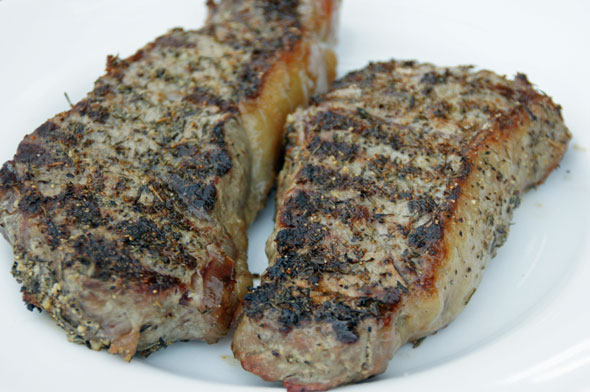 Thanks, buddy. You know we miss you, right? See you in two weeks in Tennessee!