Eugene, Oregon:  We were awake at an unnaturally early hour to get over to Historic Hayward Field for the last day of competition. Since the event was to be broadcast live on CBS, we knew the races would start on time and action would be non-stop. 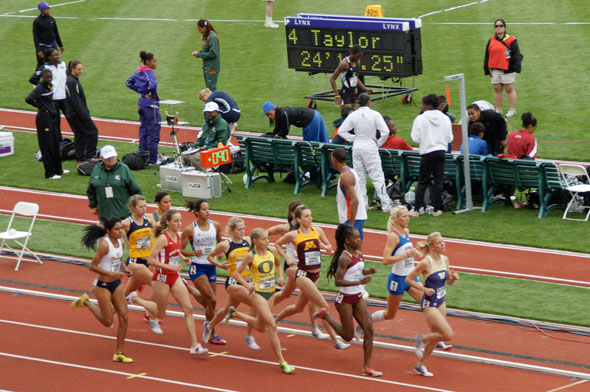 The weather was trying to cooperate. The races started until cloud cover, but by the time CBS was showing the relays, the Eugene skies were sunny! Oregon started off well - freshman Jordan Hasay finished third in the 1500m to earn 6 points for the Ducks.

But the race of the day was the men's 1500m. Once again, Andrew Wheating lit Historic Hayward Field on fire. 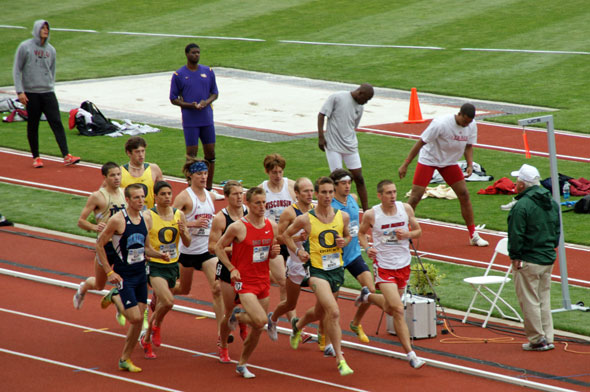 Sophomore Matt Centrowitz, junior AJ Acosta and senior Andrew Wheating represented the Ducks in the 1500m final. The pace was slow and turned into a tactical sprint for the finish in the final 200m. 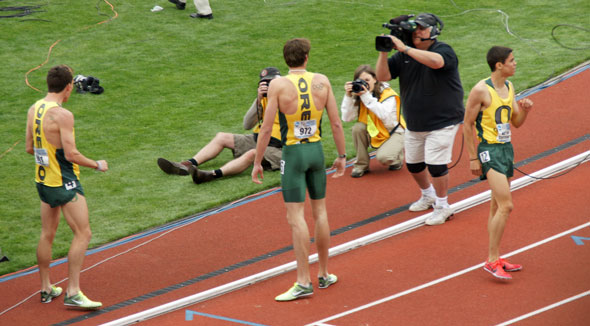 Did that just happen?

Andrew Wheating (center) became only the fourth collegian in history to win the 800m and 1500m double in the national championships. 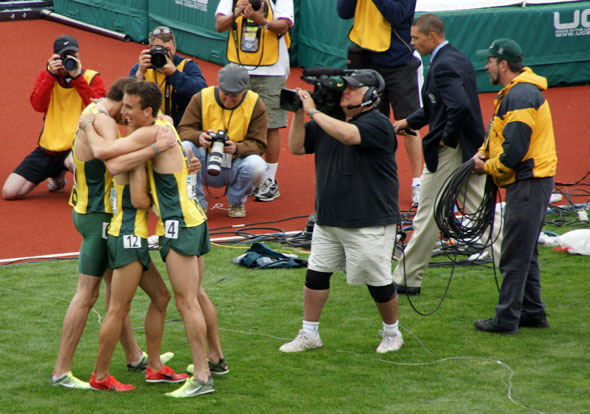 The Ducks pulled-off the sweep and earned 24 sweet points! 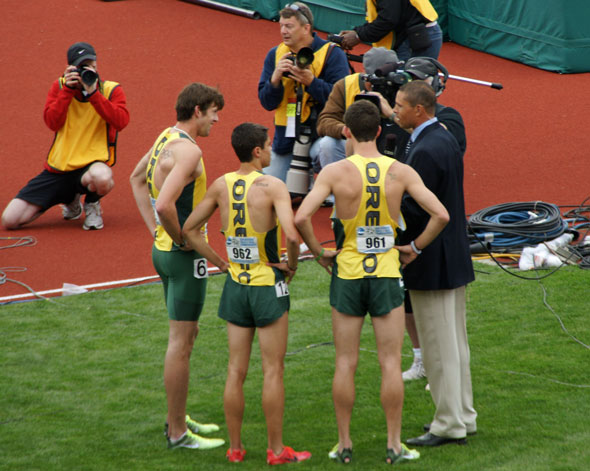 Not to mention highlight coverage on ESPN all afternoon. 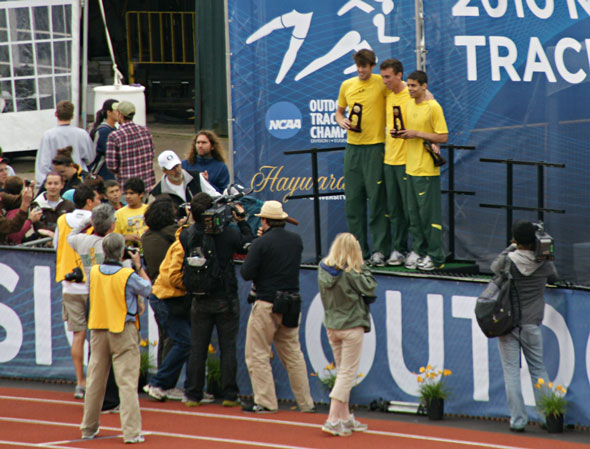 If you are a track nut (or maybe just want to learn more about this fabulous sport), here is the entire race.

I love My Ducks!

The Duck men scored another point when senior Jordan McNamara finished 8th in the 5000m final. After all the points were tallied, the Duck men finished third with 45 points, behind 2010 NCAA Champions Texas A&M with 55 points and Florida with 54. It was a fabulous competition. 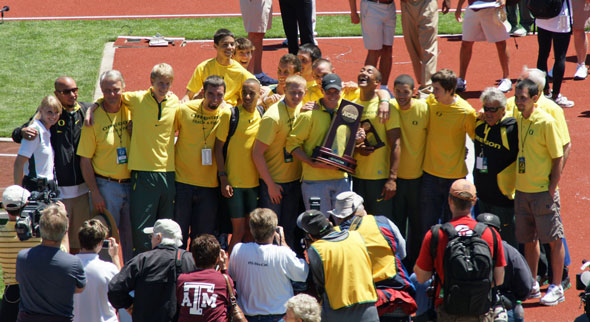 The Duck women - 2010 Indoor Champions - finished a fabulous second in the outdoor event this year.

Oregon's Jamesha Youngblood was fourth in the long-jump and also anchored the 4x100 relay, where the Ducks finished third. The Duck women had the crowd on their feet as they won their final contest - the 4x400 meter relay! At the last minute, hep champion, Brianne Theisen had to fill-in on the first leg of the 4x400 as Jamesha Youngblood was still competing in the long jump. Not to worry, Bri carried the stick just fine to Amber Purvis, who handed off to Michele Williams - and Keshia Baker brought the baton across the line inches before Texas A&M in one of the most exciting relays Oregon has ever witnessed.

Duck women finished second over-all with 52 points. Florida was third with 33 points and Texas A&M are the National Champions with a most impressive 72 points!

After the Championships were over, DT and I had a wonderful little field trip that I will write about tomorrow. In the meantime... I have lost my voice (from screaming and cheering) and we are in serious need of naps. Until my next update, I remain, your silent correspondent.
« Day 3: Think Good Thoughts Matt Knight Arena Tour »