Eugene, Oregon:  After a truly lovely day yesterday (remember we dined outdoors along the river at lunch?), it started raining last night and it rained all night. That river is bursting this morning. DT had me up early and running up the hill behind the Premier RV Resort. I do not like running hills. I dislike running down hill even more than I dislike running uphill. I will be sore tomorrow.

Wait. I am already sore and it isn't tomorrow yet.

Whatever. My teeny little joggy-thing is nothing. Today we watched the best-of-the-best college athletes perform in their toughest competition - the national championships.

Much is said about Eugene, the running lore and "Track Town USA". Athletes dream of competing on Historic Hayward Field. But Hayward Field possesses more than Mysticism and Dreams of Glory. Moisture. The weather in Oregon in June usually Sucks the Big One.

Four events of the heptathlon were held today and we are hoping our favorite Duck (via Saskatchewan) will be the winner. After the 200m, 100m hurdles, high jump and shot put, Brianne Thiesen is in second-place over-all, trailing Alabama's Chealsea Taylor by FOUR POINTS!

It is going to be down to the wire tomorrow for the heptathletes. 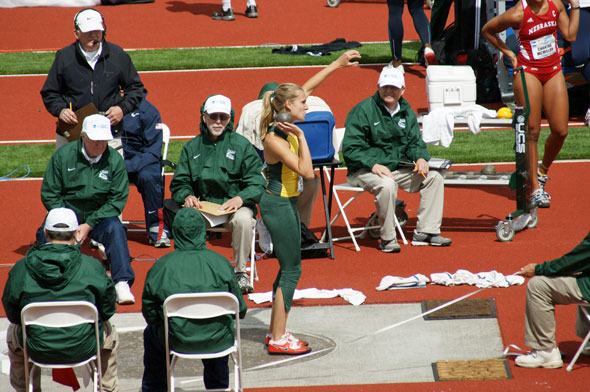 We saw some amazing things today. We saw Virginia freshman Robbie Andrews run a 1:45 800m - in a heat. This is one of the fastest 800m I have seen. This kid is amazing. The final will not be as fast.

We saw a lot of this: 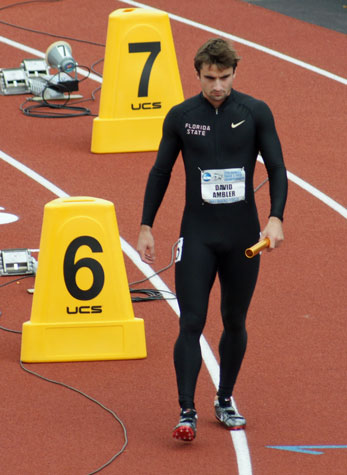 Apparently a one-piece uniform is the thing for the male sprinters. 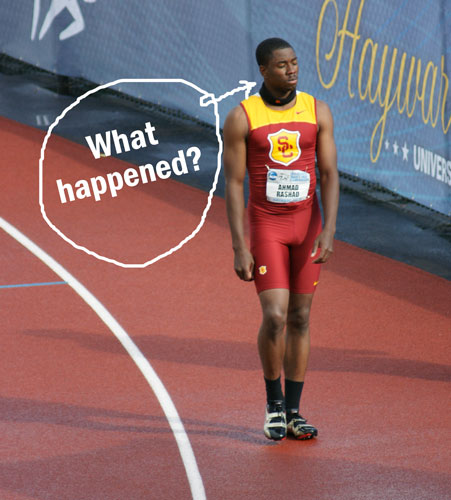 We saw our hope for a Pac-10 100m victory ruined when Ahmad Rashad of USC false-started in his heat. This year, track & field has instituted a "one-and-done" false start rule. If you jump the gun, you're out.

We are old Oregon fans. Dave ran for Oregon in the 70's. Now our friend's kids are running at Oregon. 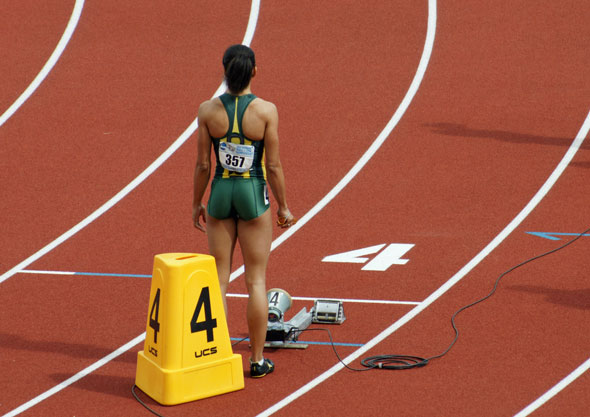 Duck Mandy White ran the first leg of the 4x100 relay and later set a personal best in the 100m. We have known her Dad forever. Maybe longer. 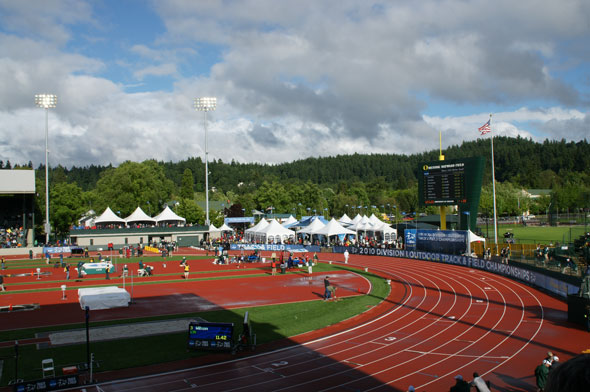 Here is Historic Hayward Field in a rare moment of sun this afternoon. 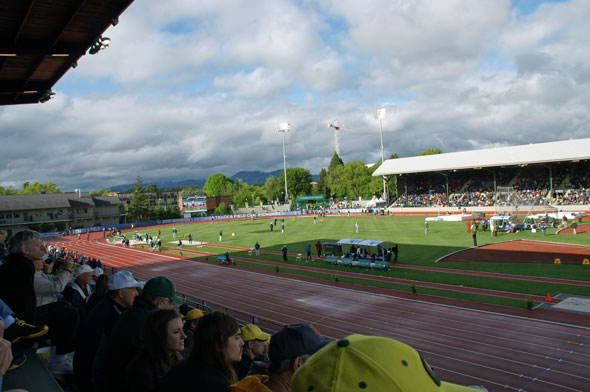 Here is a view of the field. The crane between the two light poles is over the construction site of the Matt Knight basketball arena I photographed yesterday. 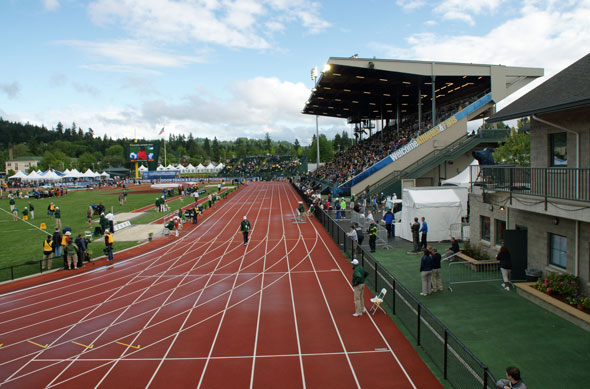 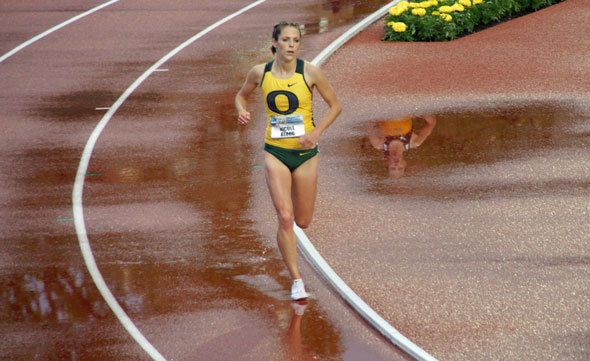 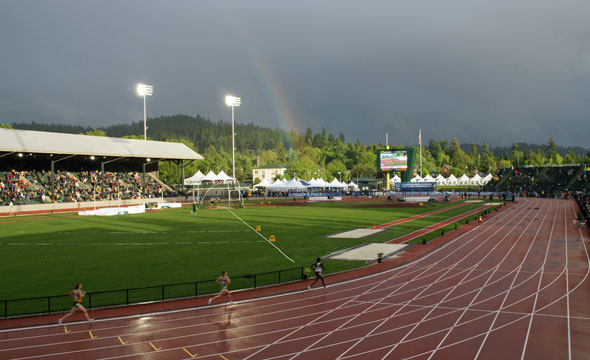 It poured for about twenty laps, and then the sun brought a rainbow!

Tomorrow, we get up early and do it all again... except for the running up the hill thing. I think I will skip that portion. Tomorrow Ashton Eaton competes in the decathlon. Think I will post any photos of Ashton?

The weather is expected to be basically the same tomorrow. Rain. Rain. And then we may have some rain. 70% chance of rain. The temperatures will be 60-something.

Until my next update, I remain, your GO DUCKS correspondent.
« Drippy Day Day 2: Love of the Sport »