Indio, California:  Let me state up-front, loud and clear, so there is no mistake: I/we did not go to the Coachella Music Festival this weekend. Nor last weekend. We can't be a mile away from the festival grounds as the crow flies, and we can hear music all day and half the night, but we do not attend. We hunker-down and avoid leaving our resort much during the festival weekends. However, after a seven-year hiatus, Lisa decided to attend Coachella. Lenny had never been, and they had a few friends performing. Would we watch Leo and Lucy? Sure! 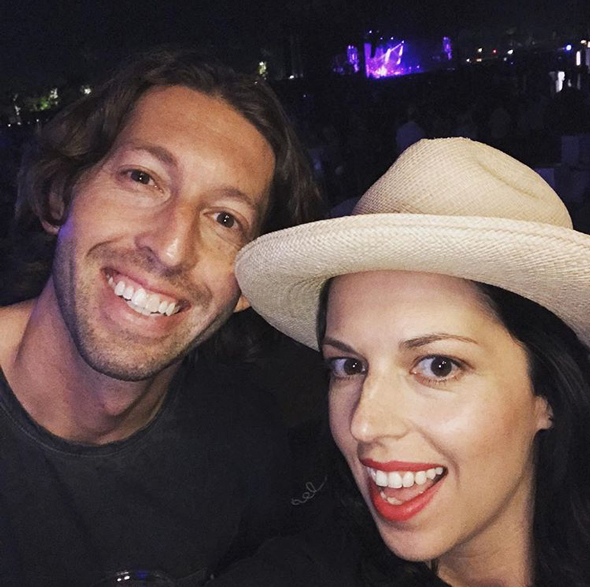 The family arrived from Los Angeles Friday night. Both kids were asleep in their car seats. We transferred the pajama-clad tots to our motorhome, while Lisa and Lenny drove our Jeep to the music festival. Leo slept inside his new Darth Vader sleeping bag in the living room. Lucy (2 years, 9 months, and a mighty 24 pounds) slept between Dave and I... along with a little pink blankie and a stuffed unicorn. It was a fairly peaceful night. We did not hear Lisa and Lenny return in the wee-hours and Leo slept all night. At some point, Lucy sat up in bed and declared, "I want apple candy", then flopped back down to finish her sweet dream. Hilarious. 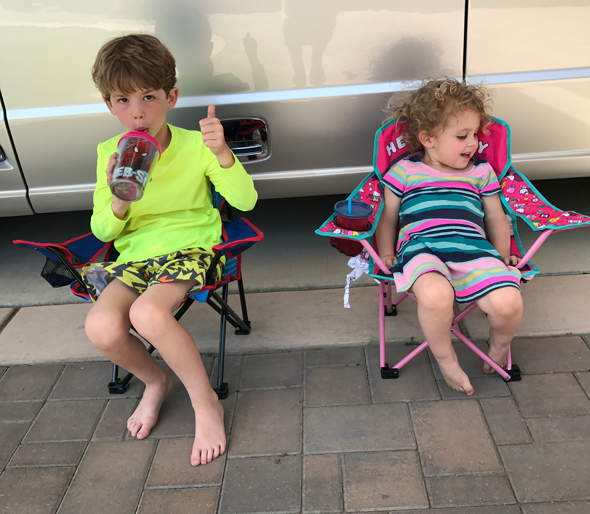 Saturday temperatures were predicted to be 105°. Our morning was spent in the shady pool at the Yacht Club in our resort, the grandkids chilled in their new camping chairs (Spiderman and Hello Kitty) and we snacked a lot. After Lenny and Lisa headed over to the festival, there was more pool time and we drove the kids around the resort in our golf cart to see the baby ducks that have recently hatched. So cute! 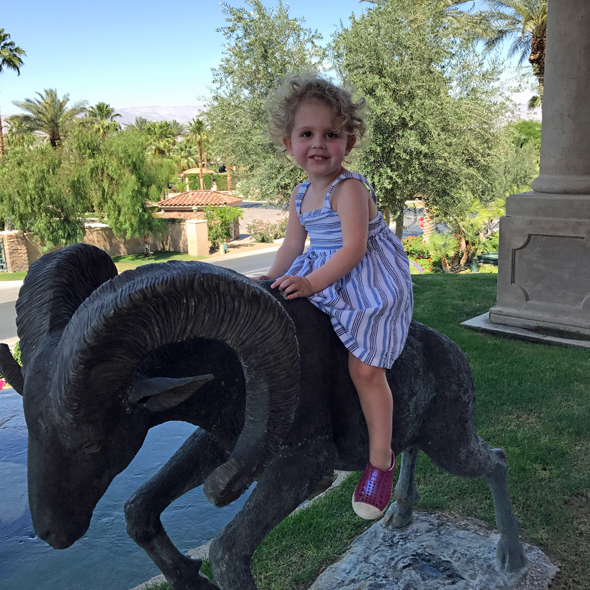 At 4:30p (oh my goodness, we have become people who go to dinner at 4:30!) we put the kids in their car seats and drove ten minutes to Old Town La Quinta. Both kids fell asleep in the car on the way to the restaurant! We went early due to the Coachella crowds, but managed to snag a table at Stuft Pizza. I had a salad, Lucy had the kids grilled cheese, Dave had a pizza and Leo ordered a "snack" from the Happy Hour bar menu - ahi tuna poke stack. 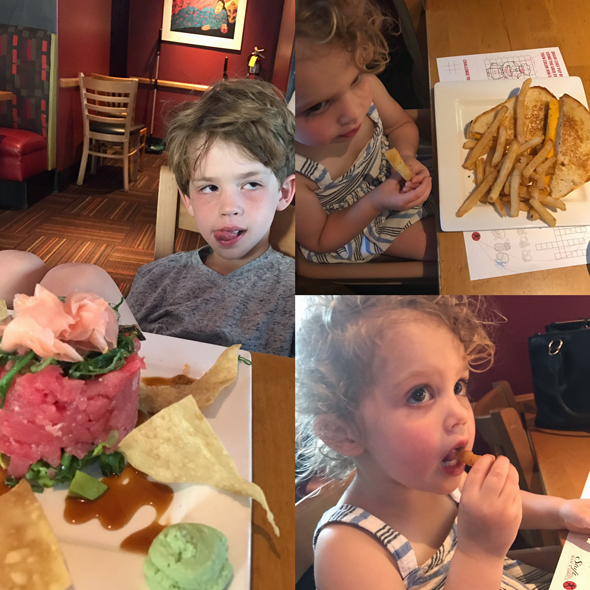 This low-priced "bar snack" was bigger than Leo's head! It was loaded with avocado, raw tuna, seaweed and pickled ginger. Leo didn't eat the ginger or wasabi, but chowed-down on the tuna, after he doused it in soy sauce. Los Angeles kids are so hip.

Back at the ranch, it was S'mores, showers and bed. Again, Leo slept with Darth Vader. Lucy slept between Dave and I. Tonight her random dream declaration was: No, I don't want to. She tossed and turned all night, which we have decided was due to the poor sweet thing being over-exhausted and over-heated.

I sent this photo to my sister at 8:00p Saturday night (before Leo had been transferred to Darth): 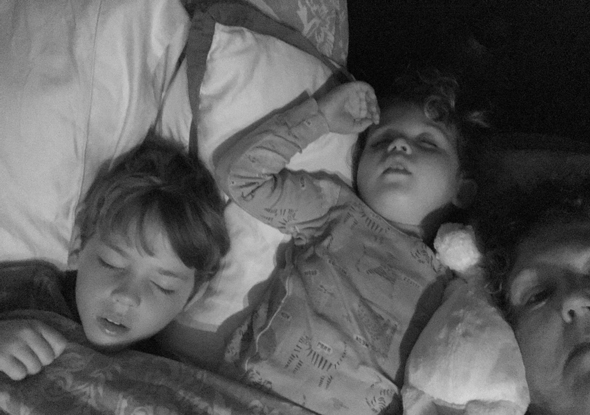 That old saying about "falling asleep before their heads hit the pillow"... was true in our motorhome tonight. In addition to all the swimming, Dave figures Leo rode his bike six miles today.

No matter how late children stay up at night, or how much they exercise... why is it they wake so dang early? I sent this photo to my sister at six o'clock this morning: 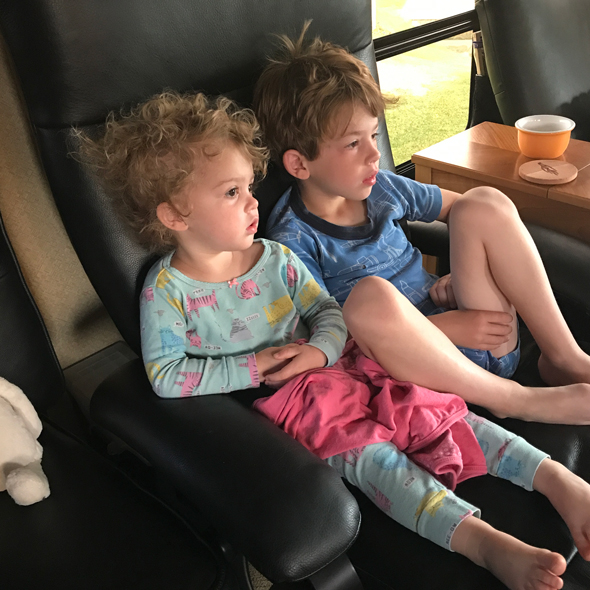 They are watching the Disney Channel. Don't judge.

I let Dave, Lisa and Lenny sleep-in until 8a, while I entertained the kids and gave them a little toast and berries. Of course, first thing, Leo wanted to ride his bike. He has been without training wheels for only about a week now and we can't believe how well the five-year-old can ride. 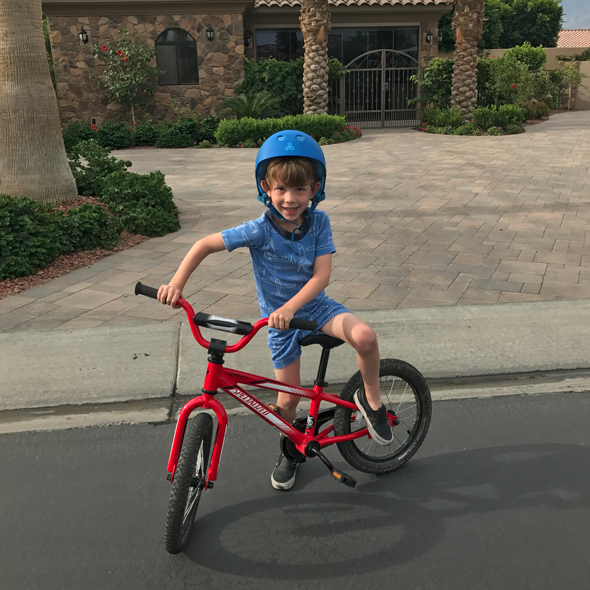 No training wheels necessary. Clothing either, apparently.
Leo rode all around our resort this morning in his pajamas.

It was Leo's idea to make a movie of his bike riding skills:

At ten o'clock the entire family went to brunch at the clubhouse at our resort. Such a lovely setting to enjoy delicious foods. The kids were well behaved and the adults may have taken advantage of a mimosa special.

It was only 102 degrees today. 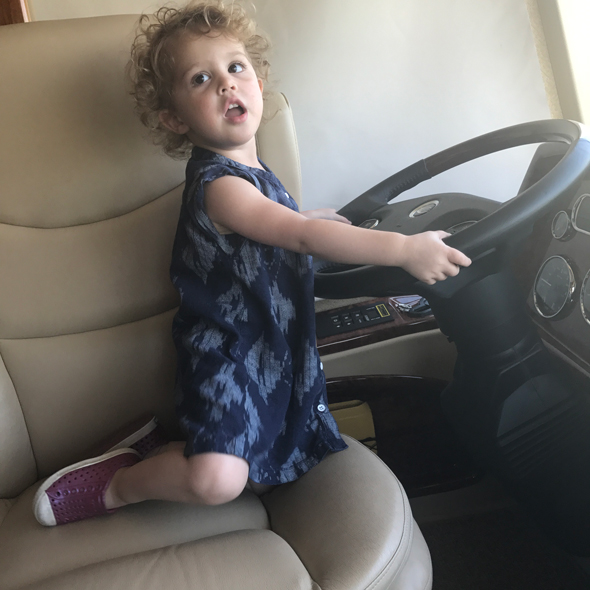 I wanna go on a 'venture.

Honestly, this cake was not really for Dave. I usually bake a cheesecake for his birthday, but this year, with the grandkids coming, I wanted to make something special. I used my usual cheesecake batter recipe, but added a layer of chopped Hershey milk chocolate on top of the graham cracker bottom crust and poured a lot of (bottled) hot fudge sauce over the top of the baked and chilled cold cake... and then... this is really disgusting... dotted the top of the cake with mini marshmallows and browned them under the broiler in the oven. 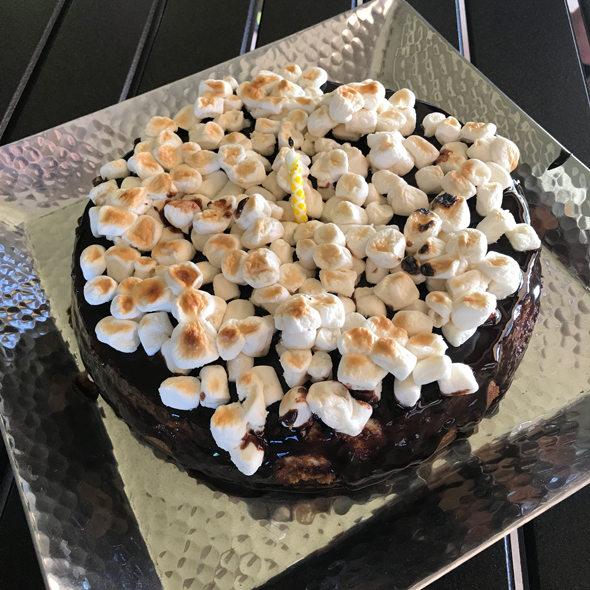 I think the key to this recipe "working" is to have a very cold cheesecake, then chill the cake again after spreading hot fudge sauce over the cake. The browning of the marshmallows only takes a few moments, but with the 100+ temperatures, everything became very melty very quickly. 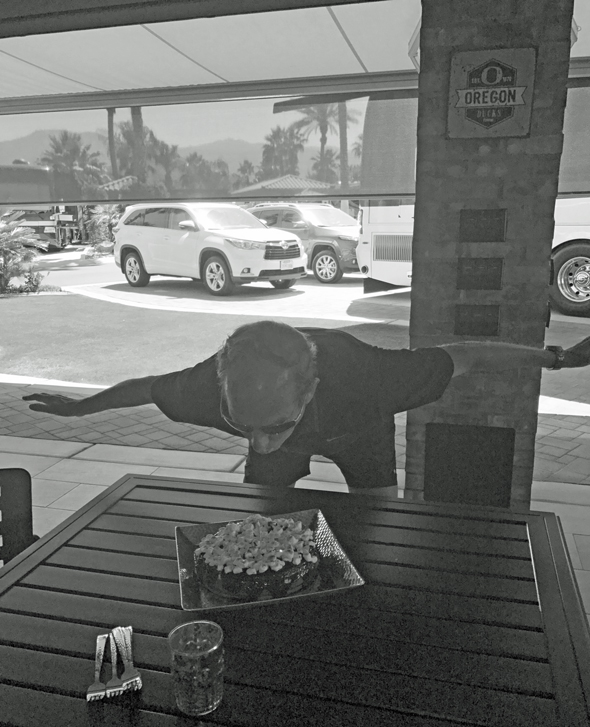 One candle. We did not file for a fire permit.

Even though it was his birthday, My Driver knew this birthday cake was really not for him. It was for the grandkids. Dave was a sport and actually had a piece of the super-sweet concoction. Pretty sure this "recipe" will never be repeated, but it was fun. Once.

Happy Birthday to the Best Bubba Ever!

There was a very exciting surprise the last day of Coachella for Leo. Lisa and Lenny were only going for one hour this afternoon to watch one band - so they brought Leo along. (Lucy remained with us - more golf cart rides, a visit to Mary and Captain Jim, quesadillas and berries for dinner.... while I was dressing Lucy in jammies after her shower, Lucy popped-up with yet another interesting comment: I can't wait to see my parents. We have never heard her use the word "parents" before - it's usually Mommy and Daddy.)

Probably one hour is enough Coachella for a kindergartener, but Leo loved the entire hip scene and was very excited to relate his adventure to us when they returned at 7p to fetch Lucy and drive back to LA. (Lenny has work in the morning; both kids have school.)

Until my next update, I remain, your hot and tired correspondent.