Indio, California:  After our babysitting stint in Los Angeles, My Driver was set to fly to Portland for meetings and I was set to drive back to Indio and spend a quiet week alone.

Didn't happen. Change of Plans. DT came down with a bug. Probably what Lucy had, but who knows. Dave cancelled his trip and returned to Indio with me. He spent Monday and Tuesday in bed.) Dave did not eat, so I did not cook.

He self-diagnosed flu. I imposed a campsite quarantine.

So, it's been quiet around here. Lots of rest and liquids and finally, DT is feeling better and actually ate a proper meal. 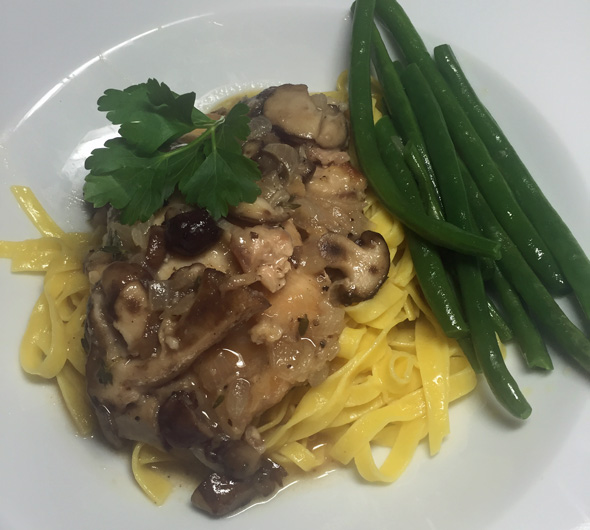 There is a chicken thigh under all those mushrooms.

There was a little excitement today though: 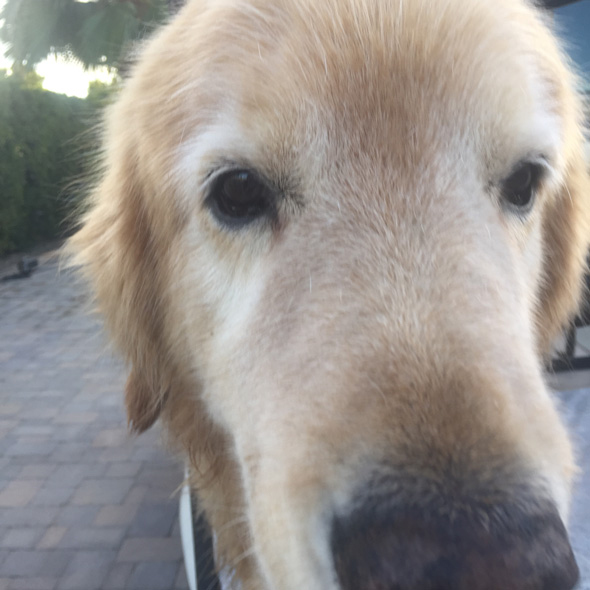 Our neighbor, Rocky, has arrived. (He brought the people he owns with him.) First thing Rocky did after arriving to his campsite was to jump in his pool and have a good swim. Remember, Rocky has his own swimming pool? 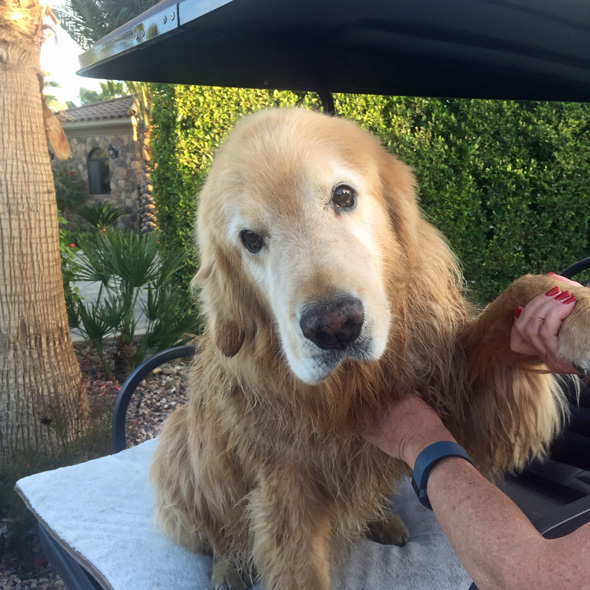 After his swim, Rocky hops on the custom-made bed at the back of his golf cart and is driven around the resort - the golf cart acting as a giant blow-dryer.

Dear Lord, if that whole reincarnation thing is real, I hope to come back as a beloved pet.

Until my next update, I remain, your feeling-fine correspondent.