Indio, California: Not much happening around here. The weather has been quite chilly the past few days. We need the radiant floor heaters overnight and the temperatures barely climbed above 60 during the day. But... there was a minute of excitement yesterday as our resort was buzzed by two parachute plane things (like this). Several members at the Motorcoach Country Club have these "toys" and fly out of the smaller local airstrips. 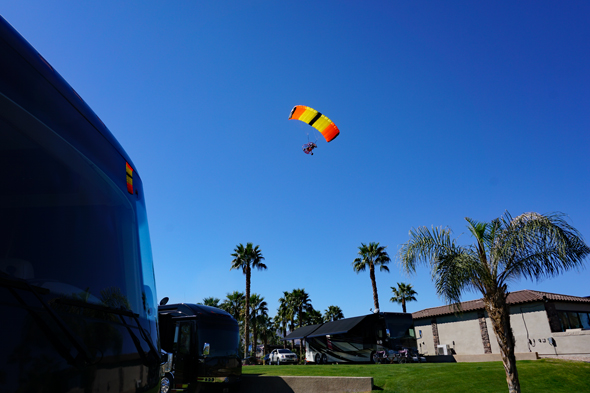 All I know is... it was a very quiet afternoon, when all of the sudden it sounded like a jet was going to land on top of our motorhome! Very noisy.

The parachute thingy flew right in front of our campsite and followed the canal north. 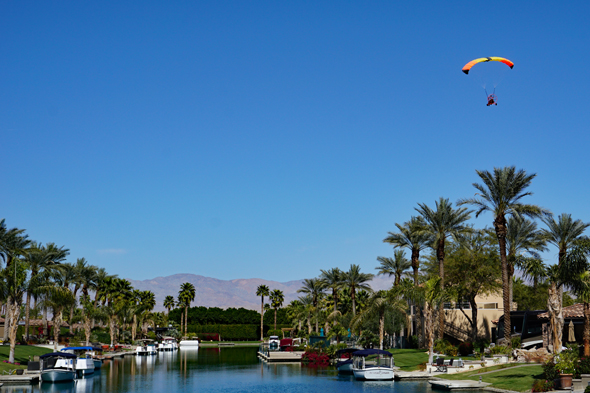 Our friend, Gary, owns one of these contraptions that has two seats. He has asked me, for years, to join him on a flight. (Insert sound of chicken squawking here.) I always refused. If a gondola or hot air balloon ride are off limits, what are chances of me going up in the sky with a parachute and with a fan for a motor? I am not afraid of heights; I am afraid of crashing. Yes, it is an unreasonable fear, but it is my fear and I own it, thank you very much.

The first "plane" was soon followed by another. Double buzzed! 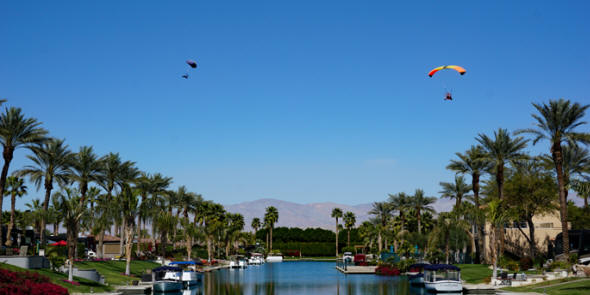 The riders flew around the resort for about thirty minutes. 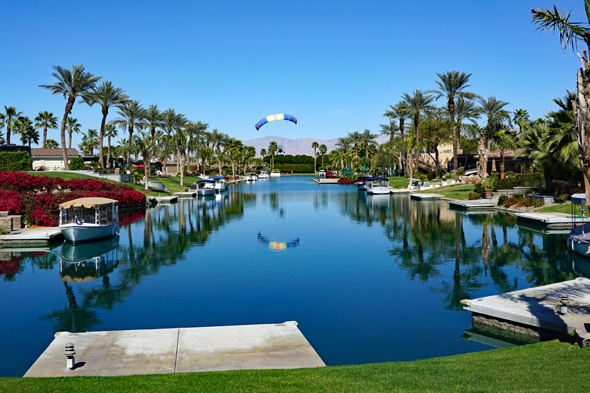 Very noisy - but exciting as well. 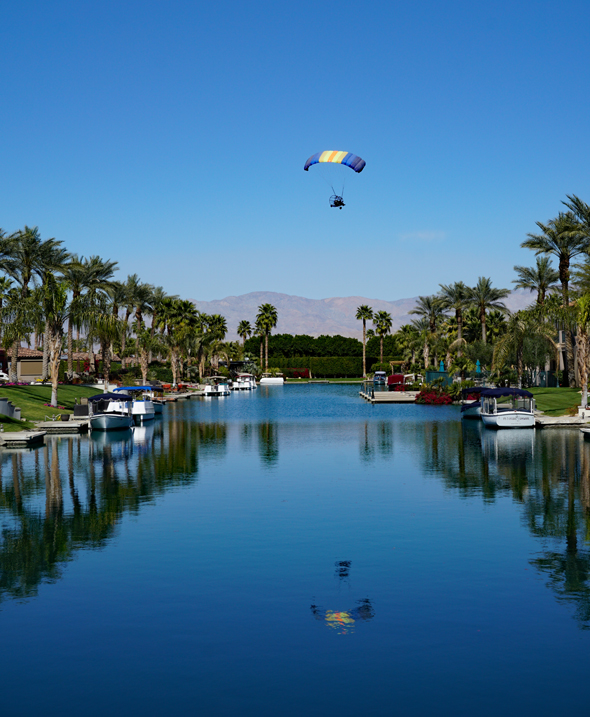 Never a dull moment at the Motorcoach Country Club.

Until my next update, I remain, your buzzed correspondent.