Back in the Desert

Indio, California: Dave and I arrived to Los Angeles early afternoon from Merced. In time to play with the kids, and in time to take everyone to dinner at Dave’s favorite local Italian place. An Italian restaurant serves a dual purpose when you have kids. First, dinner. Second, left-over pizza/pasta for the lunchboxes. Win-win. 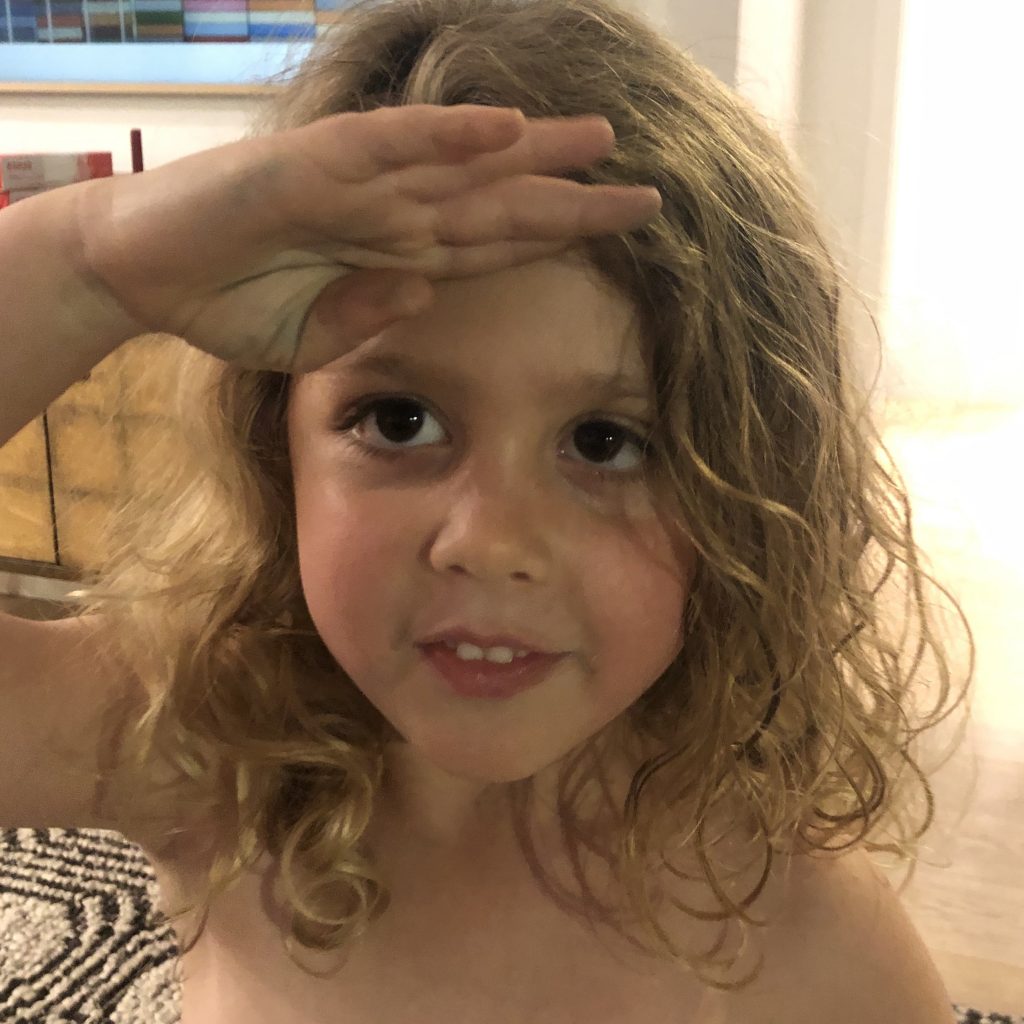 We explained Veteran’s Day to Lucy.

On Monday morning, the ‘rents went off to their tasks and Dave and I were left to entertain the kids, who were home from school due to the Veteran’s Day holiday. There was coloring and football playing before we headed out for lunch and a movie. I wanted to go my favorite Italian place at the Americana, but was vetoed by three people. Sushi (at Katsuya), it was.

The kids chose the movie, Playing with Fire, and gramps and I were dreading the 90 minutes in our future, but as we were driving to Merced Friday, we were surprised to hear (on KPCC, the local NPR station), Playing with Fire wasn’t very good, but it wasn’t awful, and the kids would really like the flick. Good enough for us.

Sometimes you just have to remember kid movies are made for kids and the plot does not need to be involved and the acting doesn’t have to be Academy-Award worthy. This movie had us all laughing – with a few happy tears at the end. Poop jokes. Many My Little Pony references. Hi-jinx. A dog. Danger. A little romance. Tough guy is really a softy. Scary stuff, and a happy ending.

The kids went back to school Tuesday morning, so we headed back to Indio, stopping in downtown Palm Springs for brunch at Blue Coyote. I just wanted a salad, so ordered a chicken tostada: 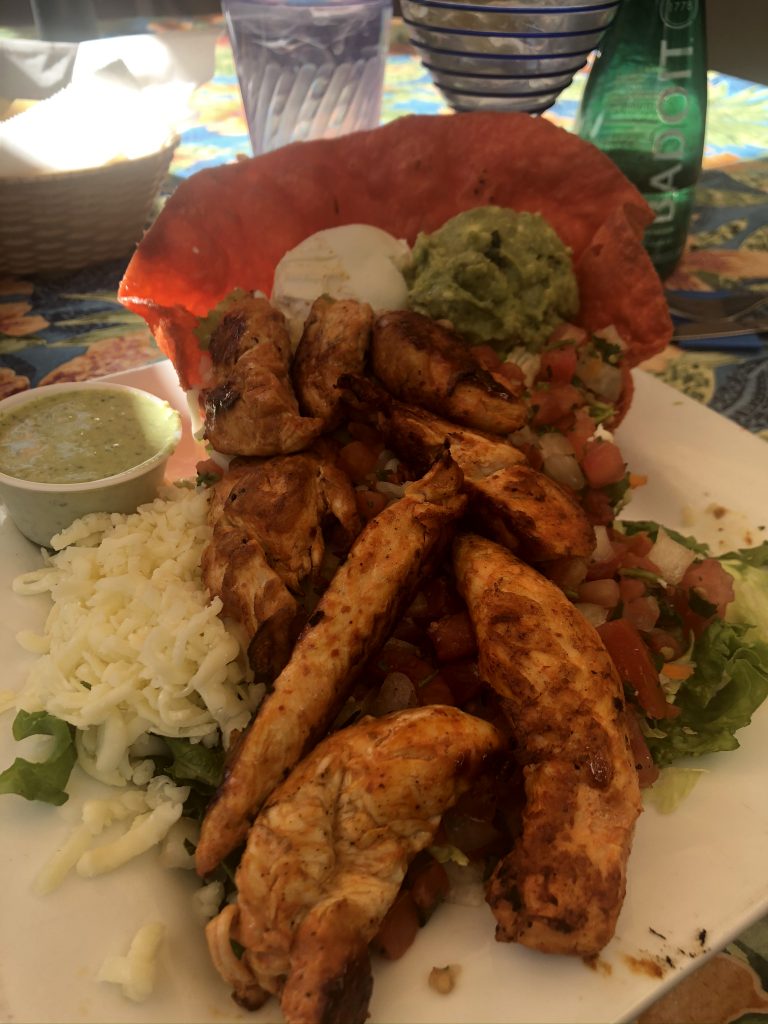 Really? It was like a salad for four people. Usually a tostada has one little flat tortilla at the bottom. When I started digging-around, I found about a pound of black beans (the best thing at Blue Coyote) under the guacamole and sour cream. DT ordered a breakfast burrito, and it was also enough for a family of four: 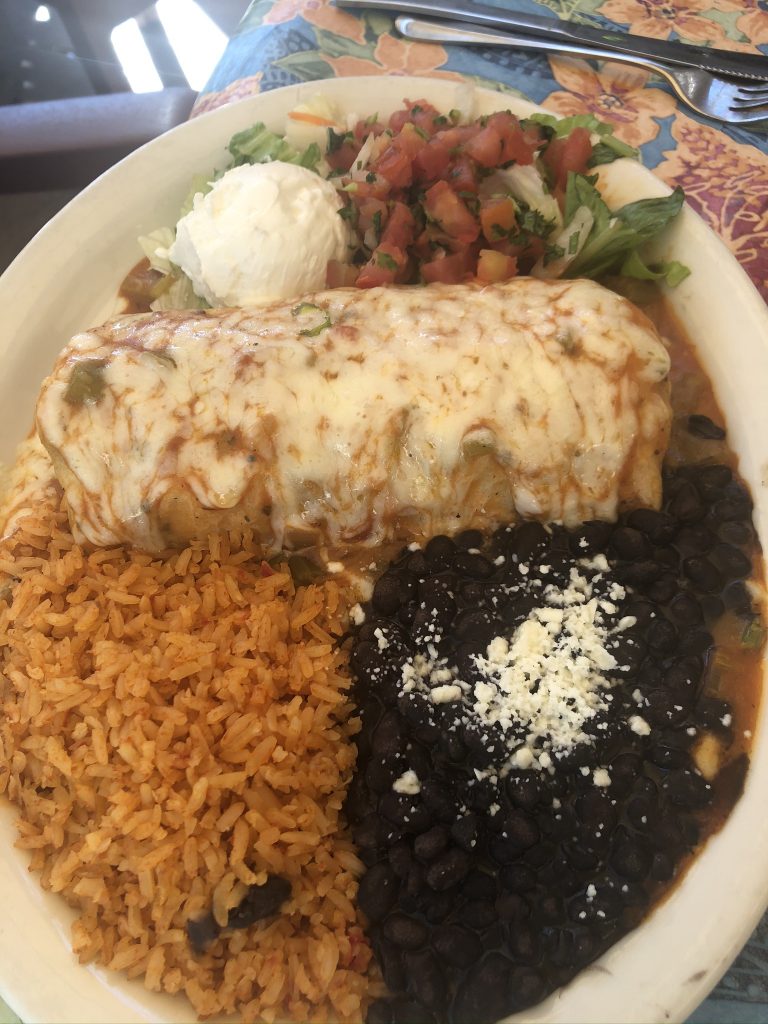 I think we will be home for several weeks now. No trips planned. (That doesn’t mean my driver doesn’t want to to go the Oregon v ASU game in Tempe.) The Four-L’s are coming here for Thanksgiving, so maybe I should start planning?

Until my next update, I remain, your wasteful correspondent.