Randomly - out of nowhere - it was over 100° in Portland yesterday. Since it had rained all weekend and our furnace was starting every morning, this freak day-o-heat took us all by surprise. (Yes, it had been predicted by the local forecasters, but, STILL... it is just so crazy-drastic... no one was really sure what do to with the whole thing.)

I was so completely wrapped-up in futbol (under a whirling ceiling fan), I forgot to turn on the air conditioner until it was just too dang hot. We use our air conditioning at leasttwo days a year... just to make sure it still works. 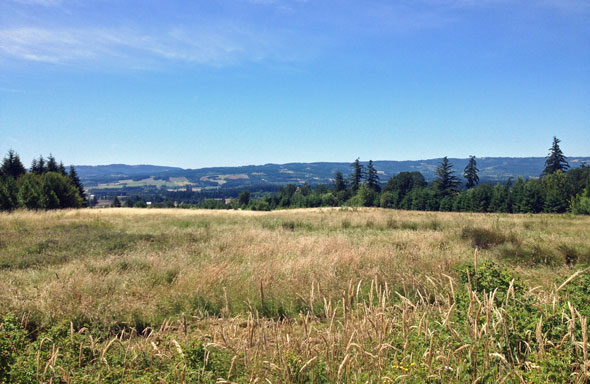 Oregon, in the sunshine.

Our house is nestled in a forest, so we are fairly protected from the blistering heat. 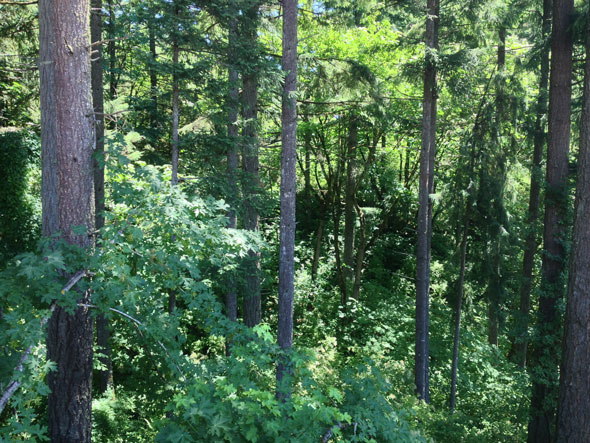 The view from the kitchen window

Today the mercury returned to the more-normal 70's.

Anyway, as I wrote in the title of this column, today was April 26 on our calendar (again). Dave's birthday.

But not just Dave's birthday. Dave shares his Special Day (same day; not same year) with two long-time (since the early 80's) friends, Robin and Jim. The guys worked together for years and Jim was working in Taiwan while Dave was working in Taiwan. The Birthday Boys get together annually to celebrate their mutual birthday - though the gathering is very rarely on April 26th anymore. 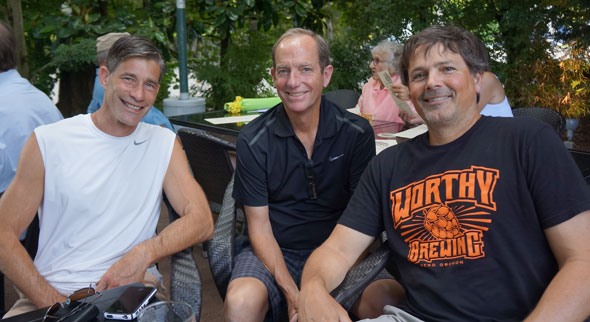 Robin (we also see Robin in SoCal as he has a condo in Palm Springs) raised two daughters and retired. That wasn't enough excitement, it seems, as he recently married a beautiful young woman with two teen daughters! Estrogen ebbs and flows at Robin's house.

Jim also retired, only to find a second career growing fabulous organic hops for the exploding Oregon micro-brewing community. Jim (finally!) married and now has a 5 year old daughter and a boy the same age as Leo.

Dave is married to the same old gal.

You may (or may not) be surprised to learn we are flying down to Los Angeles in the morning to spend the 4th of July weekend with a certain little guy. 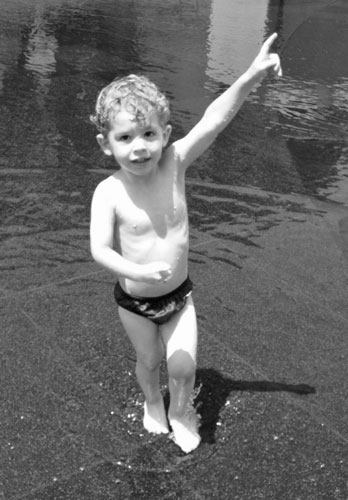