Indio, California: Lisa thought it would be fun to take Leo to the very nice Living Desert Museum (a zoo and gardens) in Palm Desert this morning. Leo really enjoys the Los Angeles Zoo and they go practically every week. It is quite an ordeal taking a 17-month-old anywhere. Diaper bag. Snacks. Water bottle. Stroller. Car seat. We loaded up and drove over to Palm Desert. 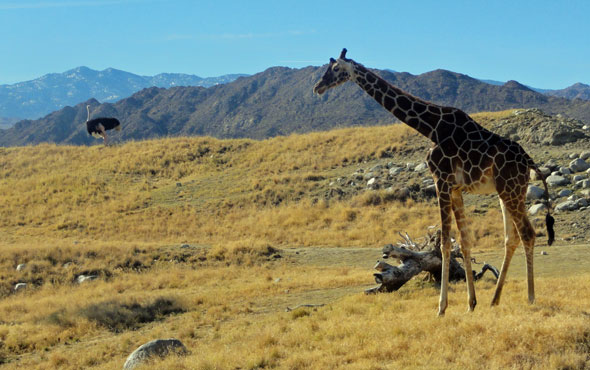 The Living Desert Zoo has a huge model train display with many volunteers always working on the tracks. There are many trains, buildings, farms, hills, towns, stores, rivers, lakes, an airport - you name it. Honestly, I have always just kinda walked past the trains. They held no interest to this old lady. No more. The train was one of the most fascinating things Little Leo saw all day.

I truly enjoyed going to the zoo with Lisa today. Fresh from an African safari, my girl was a fountain of information on facts about the animals she and Lenny had seen in Tanzania. She said they saw a giraffe calf so new to the world, it still had an umbilical cord. A few readers have asked and Lisa gave me permission to tell you - they went on the Tanzania Spectacular safari offered by Micato Safaris. Lisa saw the same set of wooden salad servers she bought in Africa ($14) for sale at the zoo gift shop today for $20. We really had a good laugh over her $6 "savings". 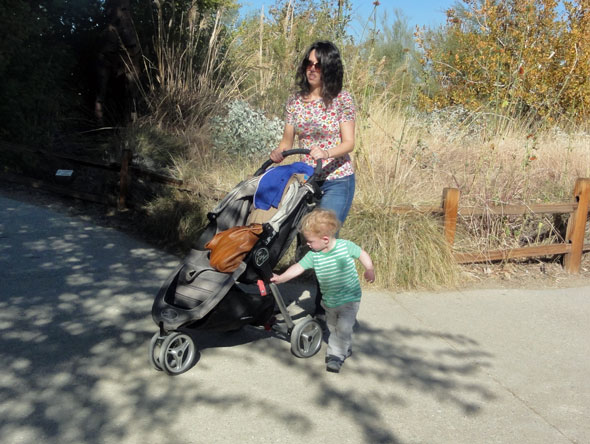 Here is how Leo travels these days. The stroller is only for holding his stuff and Lisa's purse. He likes to push the stroller and he'd much rather walk than ride. Exhausting. Notice Leo and Lisa are not wearing sweaters? It was 77° in the Coachella Valley today. 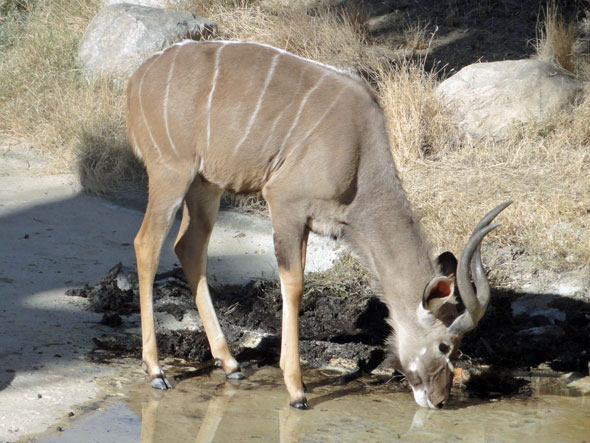 This pretty ungulate is a (young male) Greater Kudu (tragelphus strepsiceros). Kudu, one of the largest species of antelope, live throughout southeastern Africa. After reaching about 6 years of age, the horns on the male Kudu reach over 40 inches long and are twisted. (Trivia: Jews in Africa and Yemen use the Kudu horn for the shofar - the horn trumpeted on Rosh Hashanah). 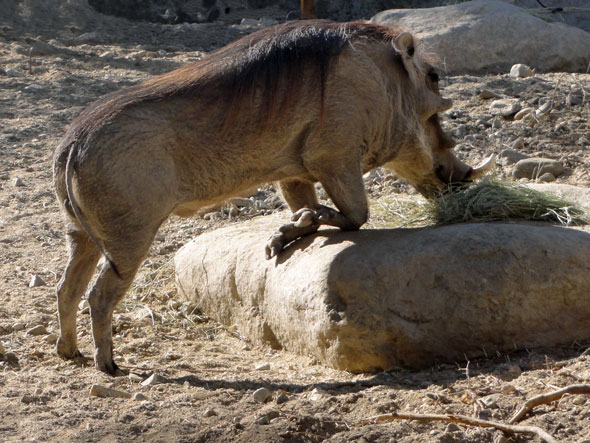 On her safari, Lisa learned baby warthogs are one of the most popular foods for predators and humans in Africa. Lions prefer baby warthogs over all other prey. Humans eat warthog as well, as the warthog is closely related to the domestic pig. I always wonder what Mother Nature was thinking when she invented this hideously ugly creature, but a warthog only looks mean and revolting. They are just shy vegans. 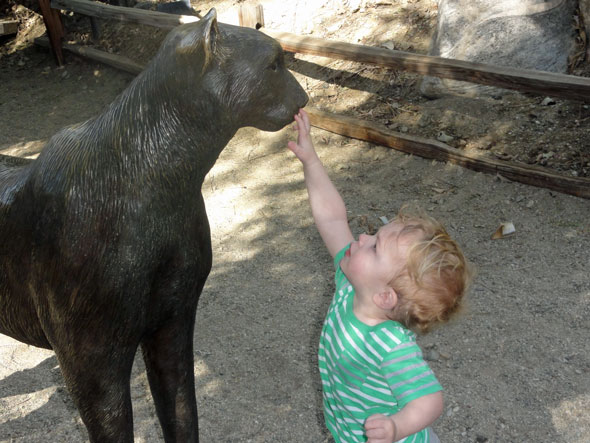 Leo was fascinated with this bronze cat statue. He would not let me put him on the statue for a photo, but he wanted to touch the cat. After about 90 minutes at the zoo, the little guy was pretty-much worn out. Lisa and Leo headed back to Los Angeles and I returned to my motorhome. DT will return to Indio tomorrow and we will drive to Los Angeles on Sunday for brunch.

Until my next update, I remain, your desert zoo correspondent.