And Then There Was This 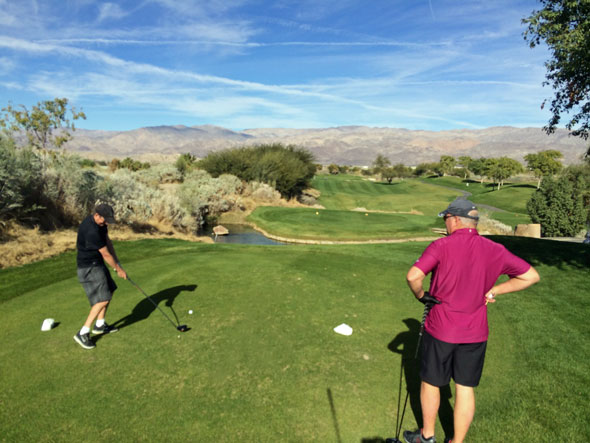 There was some golfing. I did not join the group, but heard there was quite a bit of golfing. No one was happy with their score. 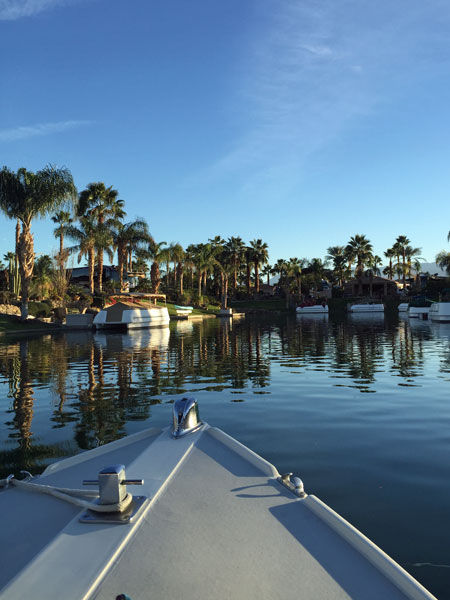 Instead of golf, I was invited to cruise the waterways of the Motorcoach Country Club aboard the yet-to-be-christened boat recently purchased by our neighbors, Colleen & Rick. The vessel was quite water-worthy and their guests enjoyed a lovely afternoon on the water. 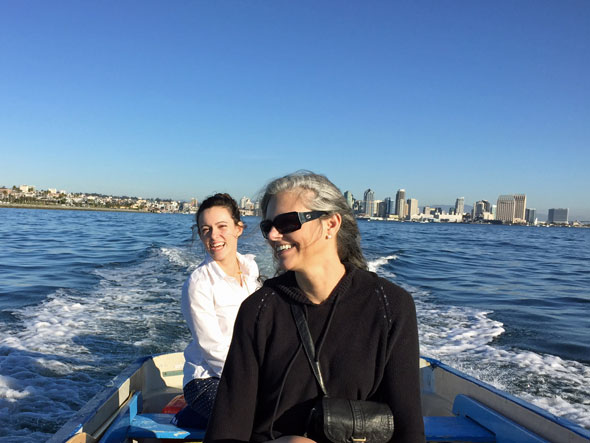 My sister, Renee, was spending the weekend with her daughter, Carla. They also went on a boat ride... but I am pretty sure their boat had more than a 7mph electric engine.

Don't ya just hate it when your Little Sister shows you up? 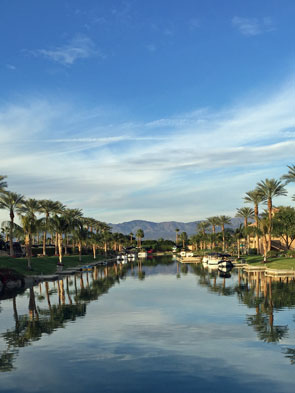 Dave and I went to the garden shop and purchased herbs for our three big pots and two tomato plants. Usually, I purchase three tomato plants... but one plant from last year is still producing fruit and putting off new flowers, so, two it is for now. 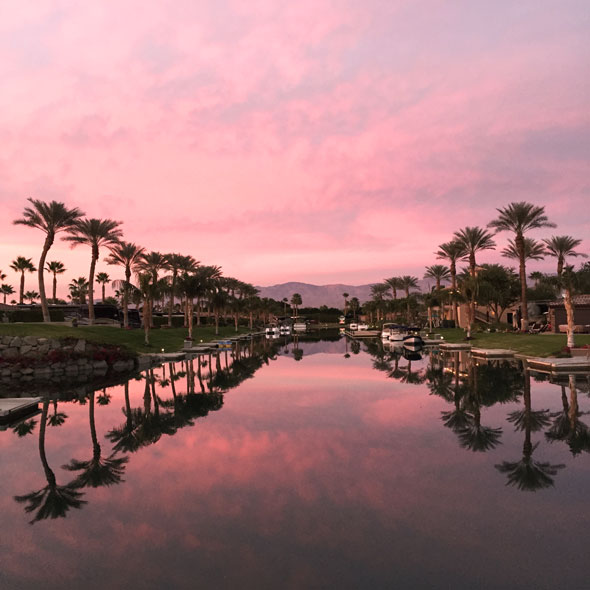 And, yes, another gorgeous sunset... and a photo of Leo. My sister went to Lisa & Lenny's to see the kids. Leo was all wired-up from a birthday party and excited to see Renee and Carla. 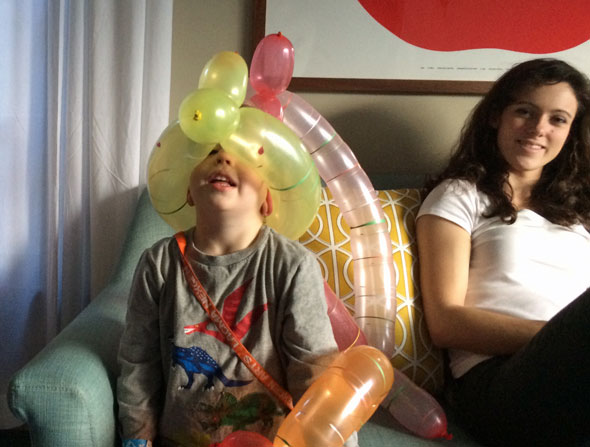 It was even more scandalous than Lady Mary testing out Tony Gillingham. 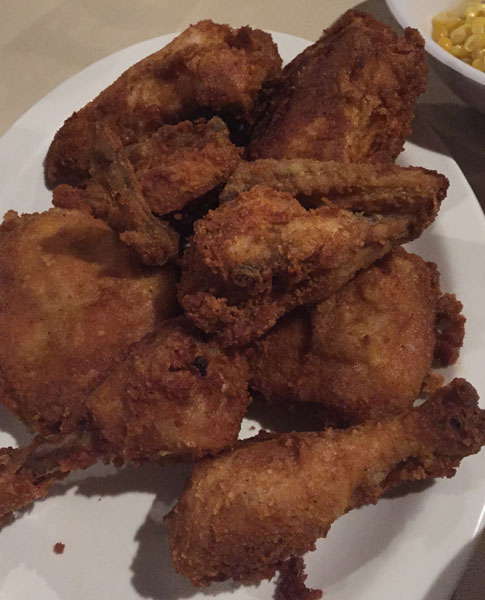 Thing is, I hate giving a restaurant a bad rap after only visiting once, but this place was so bad I will not return to give it another try - even though the establishment is really popular and completely packed. Either we are food snobs or people have completely lost their taste (or their taste buds) and will submit to a $21 all-you-can-eat-family-style-food-trough.

This is only my opinion; and I could be wrong. 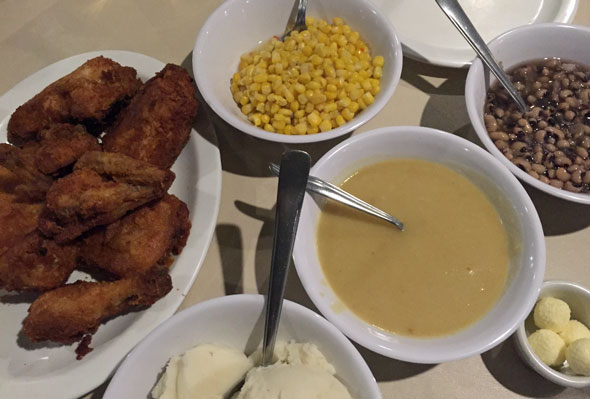 We dined at a to-be-unnamed place at a nearby airport famous for their fried chicken. Thing is, the fried chicken was not bad. It was crispy and not overly-salted, as so much fried chicken seems to be. The chicken was okay, but nearly everything else - served family-style-only on Sunday - was absolutely horrid. First came soup (oddly, chicken soup). It was passable. The corn bread was blah. Really blah. Salad was romaine with a canned beet and chopped hard boiled egg. Next came a platter of fried chicken (basically an entire chicken for two people), mashed potatoes reeking of fake butter (think the worst microwave popcorn in your office break room), gummy gravy, canned corn, canned black eyed peas... do you want me to go on? I will. There was a sad attempt at dessert with a stale shortcake and canned peaches. Don't even ask me about the "whipped topping". 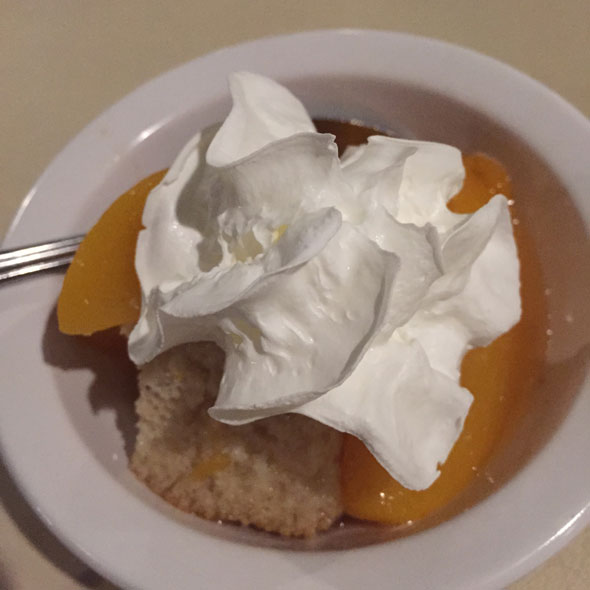 A few things were real. We had cloth napkins.

And then there was the bill. Since there was only one item on the menu tonight, we each ordered the $21 dinner. I had a cocktail; DT had a beer. With taxes, etc., our dinner was $61. No way was this a $61 dinner. Fooled me once. We will not be returning for another review.

Until my next update, I remain, your plucked correspondent.