And The Beat Goes On

Indio, California: Though we did drive back to Indio this morning, we still had one more night of Birthday celebration. Our friend, and fellow camper, Rick, was again a featured singer in the Modern Men Coachella Valley Men’s Chorus annual concert, Believe, The Music of Cher. You may recall, we went to hear Rick sing last year when the choir presented music from Elton John… and you may recall we had dinner before the concert at Le Vallauris. Rinse and Repeat.

The restaurant is situated in an old house downtown Palm Springs, and most tables are on a just perfect, shady, tree-filled courtyard behind the house. On very warm nights, icy air is piped onto the patio, making the temperature delightful. We had a very nice table and even had the same server who helped us last year. Our choices: 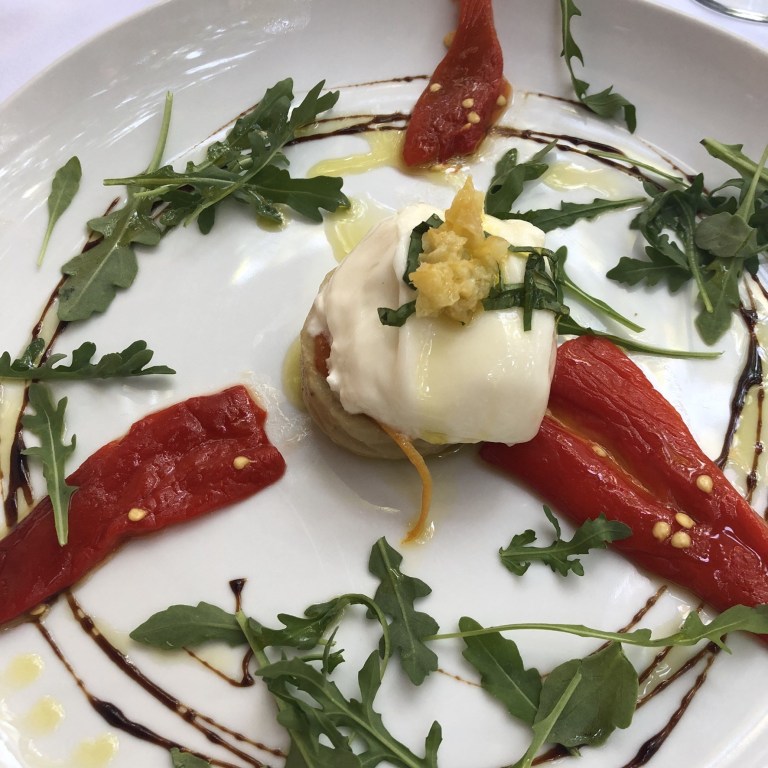 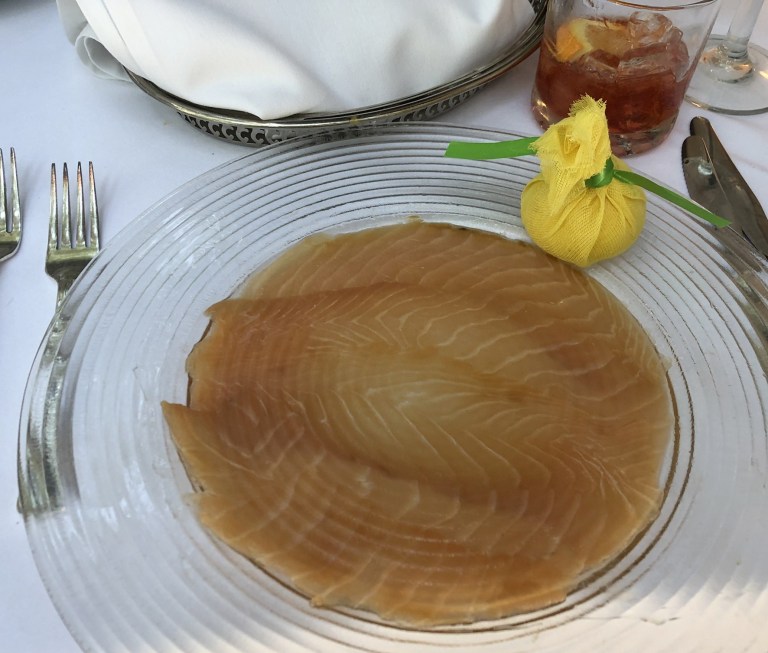 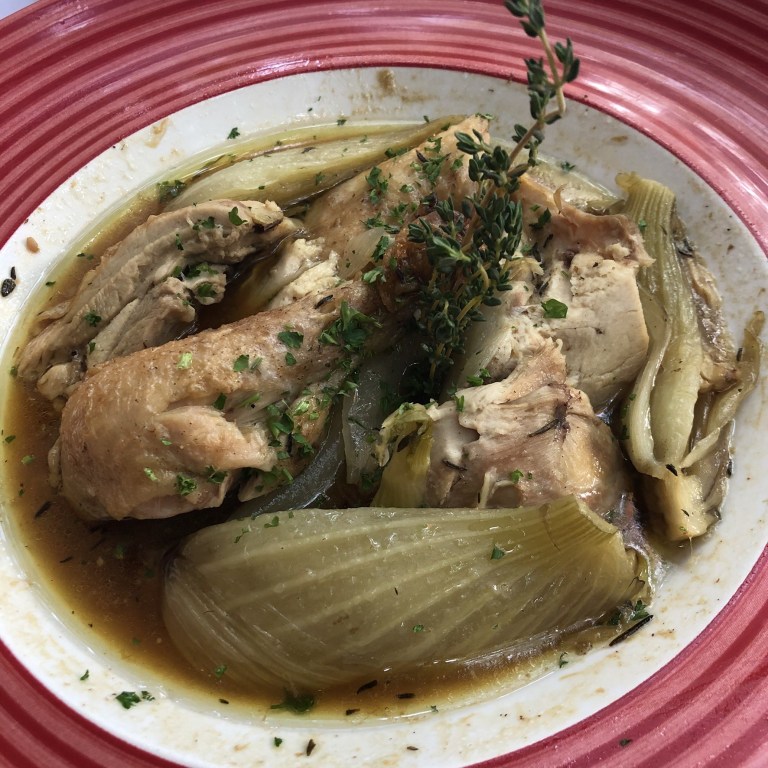 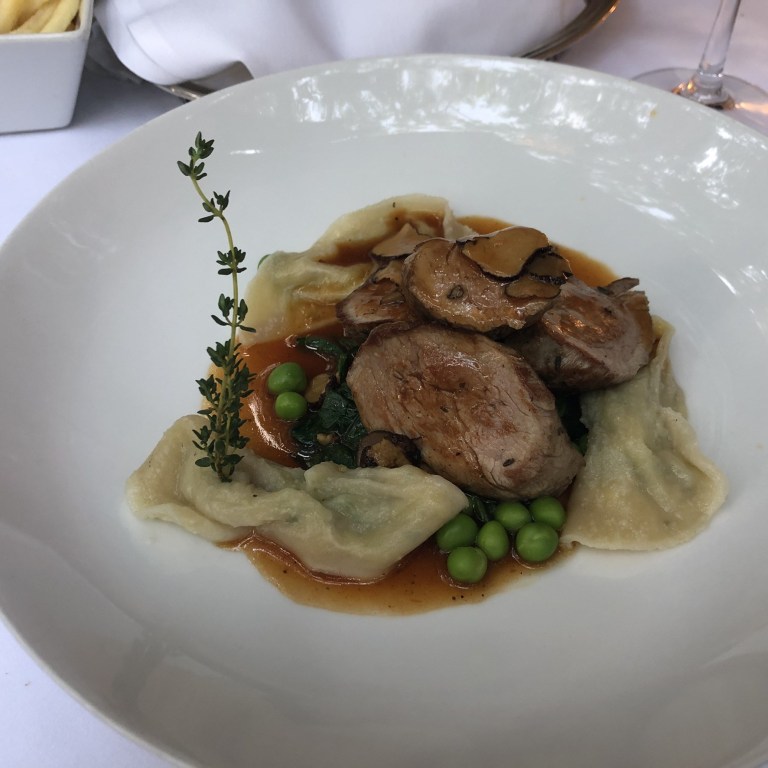 After dinner, we drove to the Palm Springs Cultural Center for the concert and found ourselves seated next to other Motorcoach Country Club members – everyone wanted to support Rick on his big night. 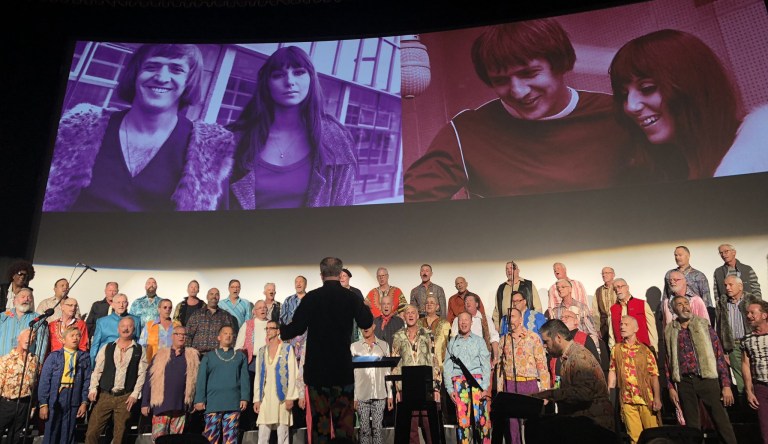 During the first half of the concert, the chorus wore their best beatnik attire, and the photos above the singers changed with each song. The songs chosen were earlier Sonny & Cher hits. (Remember, Sonny Bono was once the mayor of Palm Springs?)

Rick, singing After All (and a poorly-placed mic stand) 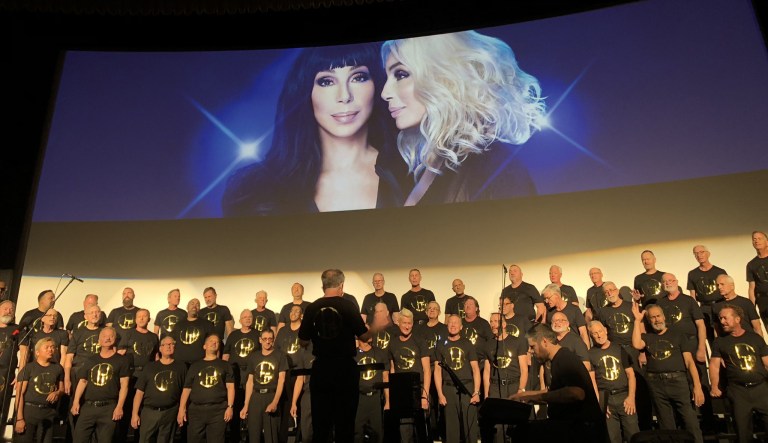 After intermission – and a costume change – the show continued with Cher classics. A great show and another great night.

This concludes the Birthday Portion of our Program. Life goes back to “normal” tomorrow.

Until my next update, I remain, your and the beat goes on correspondent.