And Now for Something Completely Different…

Indio, California:  Oh, yeah, you can bet your freezing tuchas, it was another gorgeous sunny day at the Motorcoach Country Club. After working and running, we had an appointment with one of the contractors who "build-out" the lots in the resort. Arnold Castro, of Desert Isles Landscaping, took us to a few of his past customers to show us the quality of his work and to give us a few ideas.

Most of the lots in the Motorcoach Country Club are the same shape (rectangle) and size, but (of course) our lot is larger and pie-shaped. (Why is it called pie-shaped when a pie is round? Shouldn't it be called slice-o-pie shaped?) Also, because our lot is so large, we are able to make our covered area larger. Yeah, us! 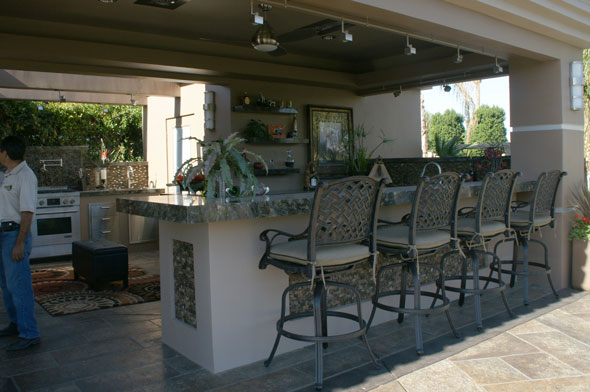 Arnold does beautiful work and he is very well liked and respected by his customers. He puts in complete outdoor kitchens. Granite counter tops. Marble floors. I assume most people want their RV home to be as nice as their stick house.

We want something simpler for our Indio "home". We want a casita, we want a dining/bar area area and we want a living area. We want to keep as much lawn as possible (most people pave their entire site). I will sit down this week and sketch-out a workable floor plan and then Arnold will get to work on the schematics and give us a bid. It will be a fun process, especially since we will be back in Oregon during most of the construction process.

So that took us to one o'clock when we decided we were starving. We wanted to try El Mexicali Cafe in Indio, so headed over there for a very interesting - and different - meal. 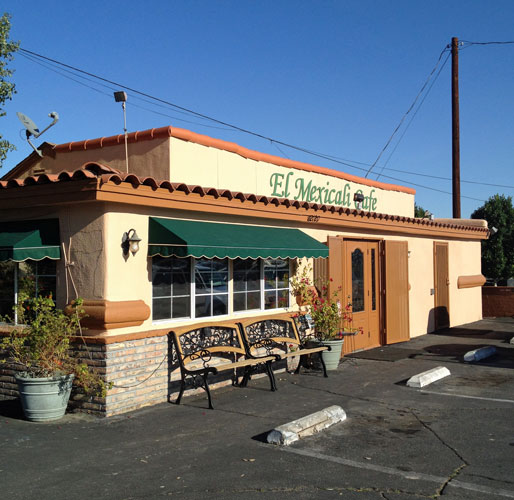 We had read El Mexicali was a "hole in the wall" Mexican restaurant and that it was on the train tracks. Both true... but the cafe was just fine and has earned an "A" rating from the health department. Also, long after the normal lunch hour, El Mexicali was packed.

After being seated in a nice booth, we noticed something very strange on the table: 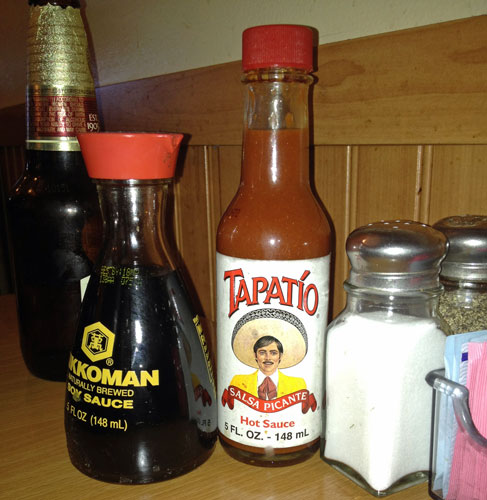 Soy sauce. It's not like we don't get around much... but this is the first time we have ever seen soy sauce on the table in a Mexican restaurant. We asked and learned Mexicali, Mexico (just a few miles over the border south of El Centro, California) has ahuge Chinese population! Who knew? The cultures and the foods have melded together over the years, and the signature dish at El Mexicali Cafe needs soy sauce instead of salsa. 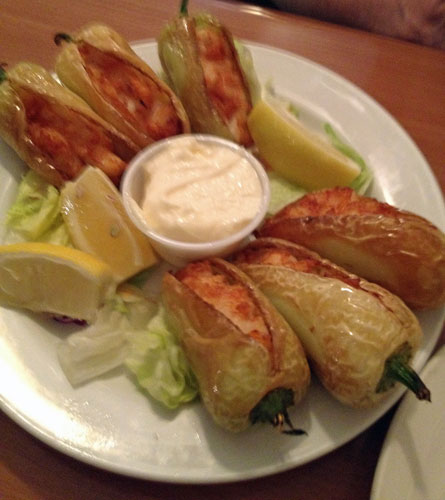 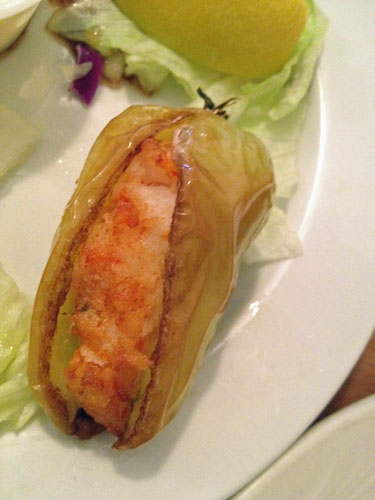 Our server showed us how to eat a chile guerito - drizzle with soy sauce, slather with mayonnaise and eat like a taco. So, that is exactly what DT did and he just loved them. 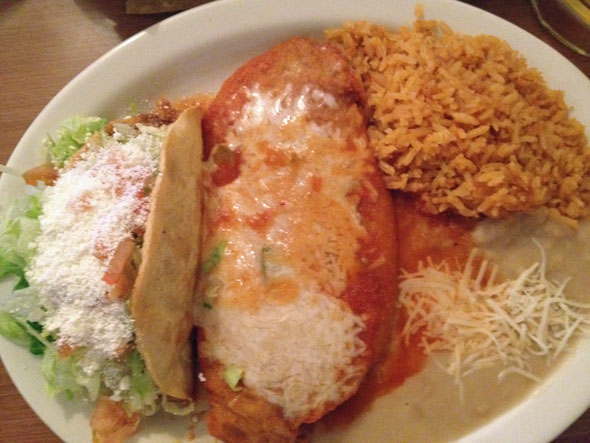 After lunch, we came home to learn the sad new that LaMichael James is leaving the University of Oregon and declaring for the NFL draft. I'm not so concerned for the football team, but LMJ is was also on the track team! (LaMichael James will remain enrolled in the University of Oregon and will graduate this spring... maybe he will run track to keep in shape????) He is predicted to go in the second or third round of the NFL draft - James is fast, but he is small.

So much for being a big fish in a small pond.

Until my next update, I remain, your disappointed correspondent.