A Tale of Two Tacos 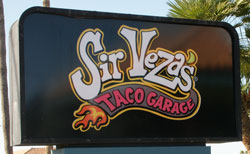 Tucson, Arizona: Okay. It was really five tacos, but five just didn't have the same resonance as two.

Tucson is known for a few unique food items. One is a Sonoran Dog - a pork hotdog, wrapped in a slice of bacon. (Okay, we are not trying that one.) The other is the birria taco - shredded slow-roasted beef brisket. There are several restaurants in town known for the birria taco. Today, we sampled two. Lunchtime found us at Sir Veza's (get it? Cerveza? Spanish for beer?) Taco Garage. The theme of this joint is a hot rod/mechanic genre. Wrenches are used for door handles. Hub caps decorate the walls. 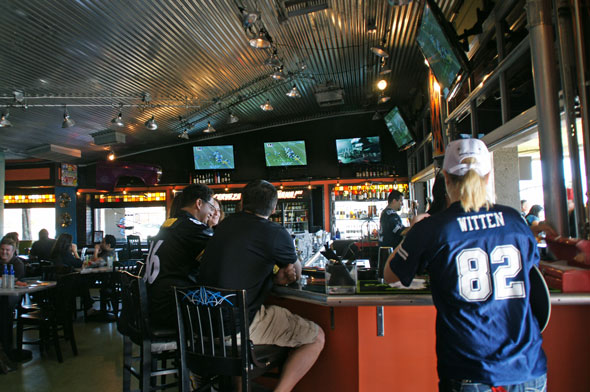 The Packers v Bears game was on the many televisions throughout the restaurant today and the servers were all wearing football jerseys. Sir Veza's is very informal. Salt & peppers are the obligatory little Coronito beer bottles. Cutlery is delivered to your table wrapped in an orange mechanics towel - aka your napkin. 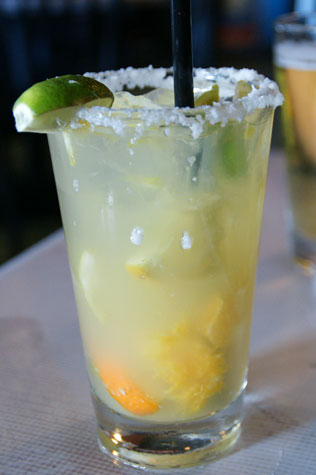 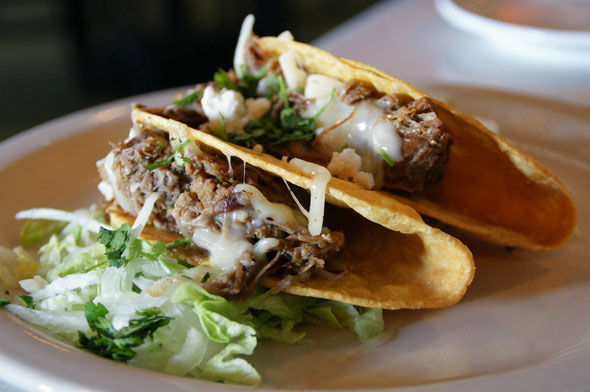 The birria was very flavorful and very tender... however, it wasn't shredded very fine, so was a bit difficult/messy to eat. Ala carte birria tacos were only $2.75 each!

Taking a break from tacos... my parents have long been friends with Dee & John, who just happen to be at this same RV resort! We invited them to stop by this afternoon. We caught up and had an enjoyable afternoon visiting. They are also Duck fans, so there was never a lack of things to discuss. 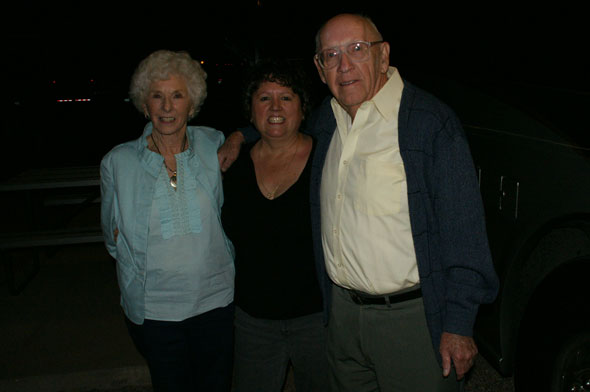 This photo is for you, Dad. John wanted you to see how well they are doing!

We arrived at our second birria taco restaurant, Mi Nidito Restaurant (My Little Nest), at around 8p and had about an hour wait. Mi Nidito is one of the most popular restaurants in Tucson and has been featured on all sorts of television programs and has a wall-of-fame with photos of their famous guests - including President Bill Clinton - for everyone to admire while waiting for their table. We became practically related to a few of our fellow diners in the waiting area, every one of them a regular. I asked which items they ordered at Mi Nidito and every one said "tacos". But one said the birria taco, one said the ground beef taco and another claimed the carne seco (air dried beef) taco was the best. What's a girl to do? I ordered one of each, of course! (No rice, no beans, just three tacos.)

Oops. And a margarita. It was possibly the worst margarita I have ever tasted. Sour, and I swear - if I know anything at all about margaritas - it was made from a powdered mix. 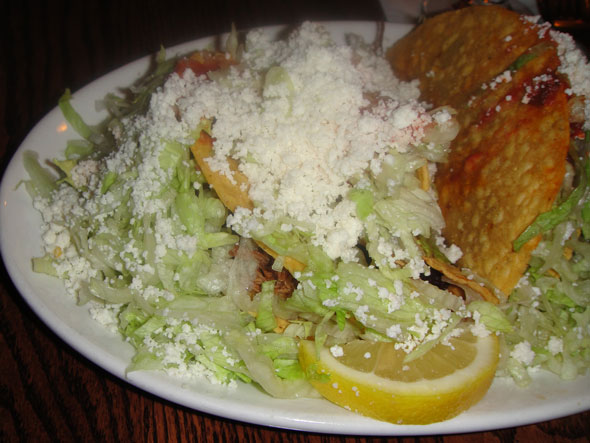 The three tacos were placed on a massive pile of shredded lettuce (wasteful) and each taco had a distinct flavor and texture. The only other garnish was finely grated dry white Mexican cheese. The ground beef taco was just a basic taco. I think you can find this at nearly every Mexican restaurant in America. But the carne seca taco was very savory and the meat was as soft as bread. One thin slice of garlicky carne seco filled the entire taco. The best of the three was definitely the birria - salty shredded beef brisket, braised with garlic, onion, peppers and chilies. The birria taco at Mi Nidito was the winner of the day.

DT ordered the same thing, except he was clever enough to have a beer. Our dinners were $8 each. We suggest you visit Mi Nidito and have the birrira tacos, but skip the margarita!

Remind me to tell you about the time DT and Mark ate 24 tacos, drank a gallon of milk and then went for a run.

Tomorrow they are kicking us out of this RV resort. They are filling up with monthly-renting snowbirds and there is no more room for daily renters. Where are we heading? We have no idea. Tune in tomorrow to find out! Until my next update, I remain, your beefy correspondent.