Portland, Oregon:  Dave asked why I had four Yukon Gold potatoes baking in the oven early this morning. I told him it was going to be a hot day, so I wanted to cook potatoes for our veggie Potato Tacos early. DT loves my Potato Tacos... or so I thought... until amazon.com delivered a new grill this afternoon we had ordered for the motorhome. 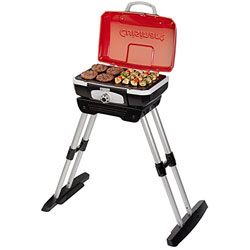 We had liked our O-Grill for several years, but it was really too large for us and took up a lot of storage space. We are only two people who really don't use a grill that often and really don't eat enough meat to warrant a massive grill in the basement of their motorhome. We were looking for a smaller grill to take on the road.

A few years ago we had purchased a Cuisinart Petit Gourmet Portable Tabletop Gas Grill for Lisa and Lenny as an emergency (earthquake) back-up cooking mode. They have used it several times to grill veggies, etc. on their deck versus firing-up their charcoal (polluting) Weber kettle grill. We decided to purchase the same small grill for our motorhome - except with expandable with legs... because we don't always have a picnic table at a campsite and it is usually not allowed to place a grill on a campground's picnic table. We paid $123, and hopefully this propane grill will serve our needs for many years... or until something better is invented. 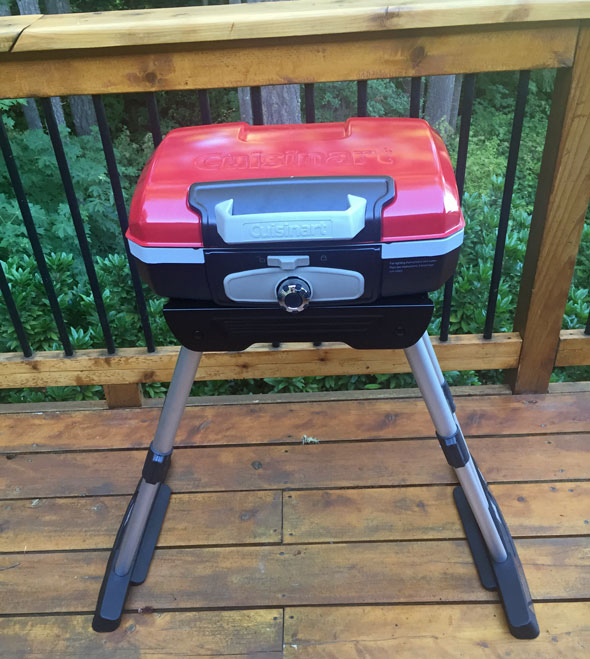 I can't emphasize enough - this is a small grill. The brochure states it can hold eight burger patties and I would say that is about the max of the capacity. It will probably not hold a butterflied chicken unless the bird is of the three pound variety. One nice feature of having a very small grill, it takes up very little space in a motorhome basement.

After the grill was assembled (snapping on the feet- two minutes, tops), DT said he needed to go to the bank. Who needs to go a bank these days? (Pretty sure our bank keeps hundreds of branches open in the off-chance My Husband decides to enter the premises.) As long as he was going out to do a little banking, he stopped by our local New Seasons Market to purchase a gourmet grass-fed New York strip steak. With this change o' the menu, I turned the potato tacos into a "potato salad with taco seasoning" and dinner was served. 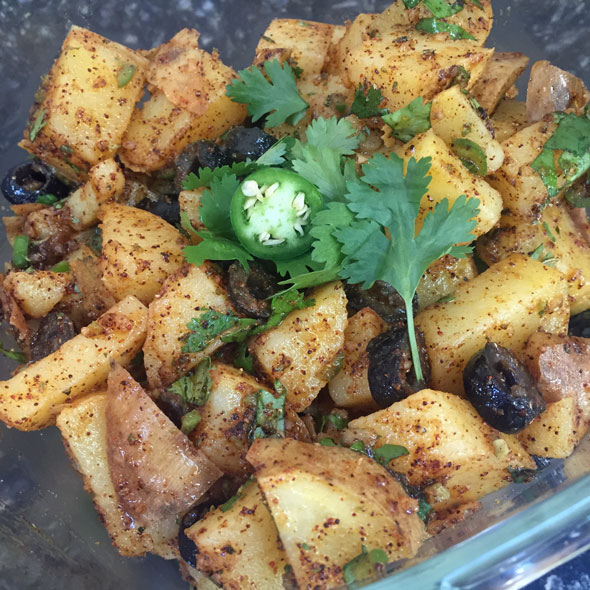 Before using the grill for the first time (I actually read the instruction booklet!), heating the unit on HIGH for 15 minutes was required to burn-off any "residue". 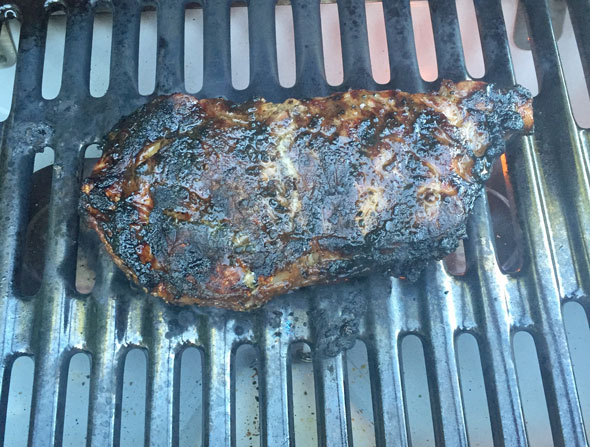 Okay, so maybe that 15 minutes resulted in a very charred side to the steak, but the interior was perfection. 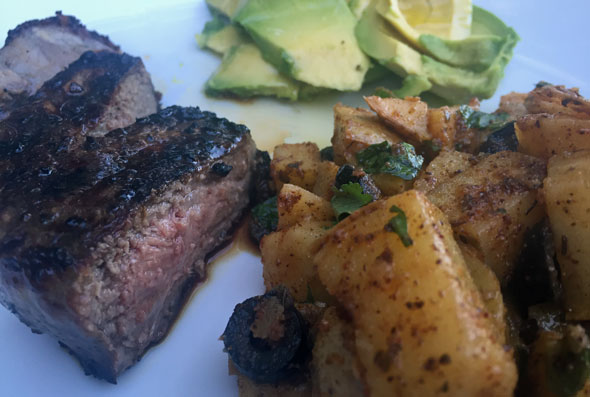 I can't remember when I have enjoyed a charred-on-the-outside and pink-on-the-inside steak so much. The salad - and sliced avocado rounded-out our meal.

Best part of the new grill? The cooking grate fits in the dishwasher.

Just curious... do you bring a grill along in your RV? What are the favorite features of your grill? Please comment below.

Until my next update, I remain, your charred correspondent.

« It Started with Wipers… Creamy Corn Pasta with Basil »