It was going to be a mess this afternoon at Taylor Manor. A crew was arriving to blow-on six units of hemlock bark dust over the landscaped areas around the house. DT supervised. 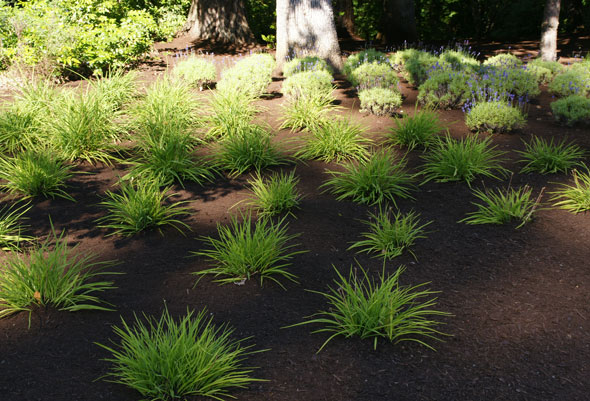 Opting to get away from the mess and noise stay out of the way, I spent the afternoon with our niece, Carla. We had lunch, pedicures, manicures and did a little shopping before returning to find the job complete and the property looking nearly as spiffy as ourselves.

Carla and I took Reese for a romp in the field. He just loves running around out there, off-leash, pretending to be a real dog and not a City Dog. 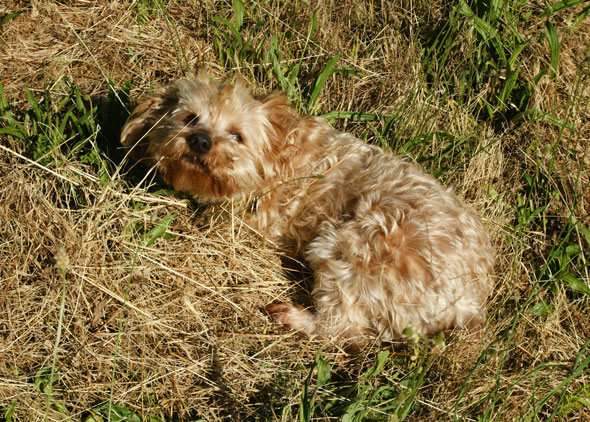 Reese loves to roll around in the dry straw. I think it scratches his back. 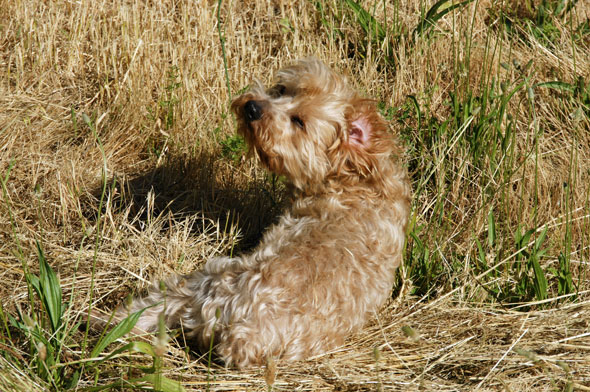 Camo-Dawg - Reese is the same color as the straw! I am going to try to get a video of Reese flopping around in the grass.

Because I think it is cute.

Later, DT took the two ladies out to the ball game! Portland is the home of the Beavers, the farm team for the San Diego Padres. The Beavers play in PGE Park, which is scheduled to be remodeled into a soccer stadium to host the Portland Timbers next year. (Not sure where the Beavers are going next year. This is still in the works and covers considerable inches in the local newspapers.)

PGE Park is 84 years old and has gone through many remodels and retrofits... but they still use this scoreboard: 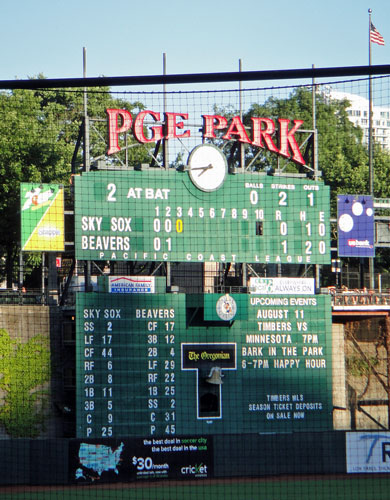 Someone has to physically change the numbers after every ball, strike, hit, error and run! 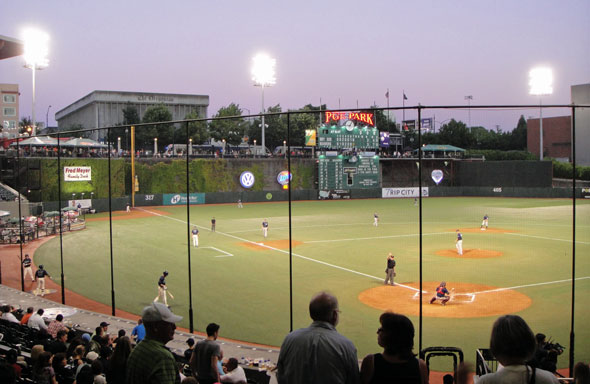 It was a great night for baseball! We found our seats, had hot dogs (and Cracker Jack) and settled-in to watch the Beavers beat the Colorado Springs Sky Sox (?) 6-3. Warm weather, and seats in the shade right behind the catcher. I know, I know... it's not "The Bigs", but tickets are only $14.50.

Spending time with your niece? Priceless. 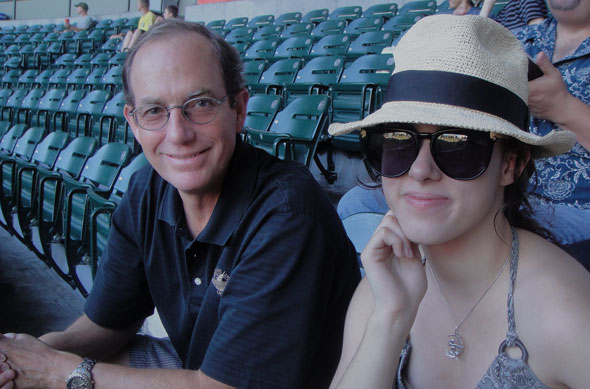 Until my next update, I remain, your minor league correspondent.
« Bastille Day A Roll in the Hay »