Track Town, USA: I have been shopping for food, preparing food, chopping veggies, baking sweets and getting organized for four days - all for a three-hour tailgate where we were hosting several Olympic athletes before the University of Oregon v University of Colorado football game at Autzen Stadium in Eugene, Oregon. 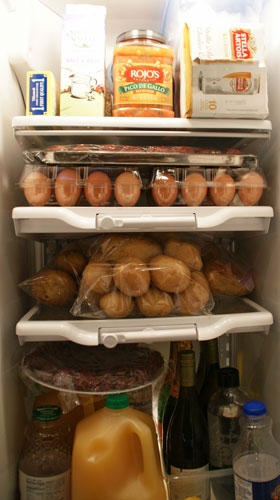 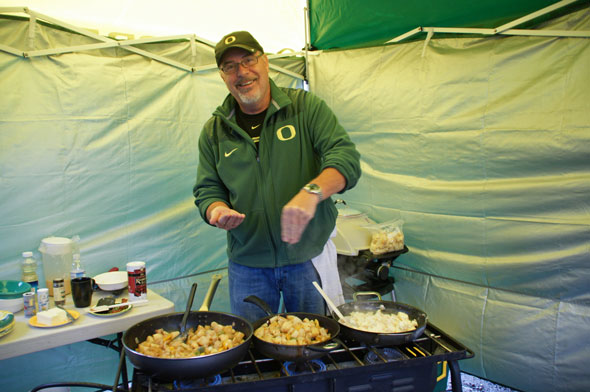 Woody set up his impressive outdoor kitchen and sauteed the taters, peppers and onions and scrambled eggs. Our guests filled their plates and then headed over to the buffet table and added whichever topping they enjoy.

Our three families were hosting local track & field athletes who had competed in the 2012 Olympic games in London. The athletes were being introduced between the first-and-second quarters during the football game. 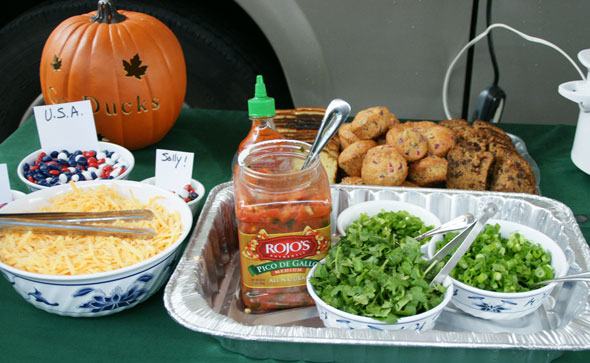 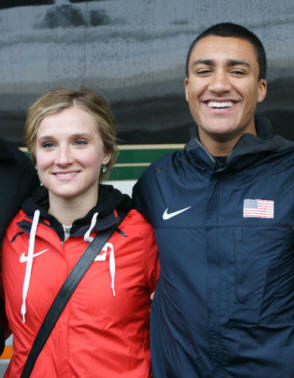 Of course, The World's Greatest Athlete, 2012 London Olympic Decathlon Gold Medalist and Decathlon World Record Holder, Ashton Eaton, came to our tailgate! We were also honored to host his lovely fiancé, Brianne. Both athletes are University of Oregon alums and have remained in Track Town, USA to train. Mr. Eaton is a native Oregonian! The kids will be married this summer - right before the World Championships in Moscow.

At this time, we plan to be in Moscow next August. 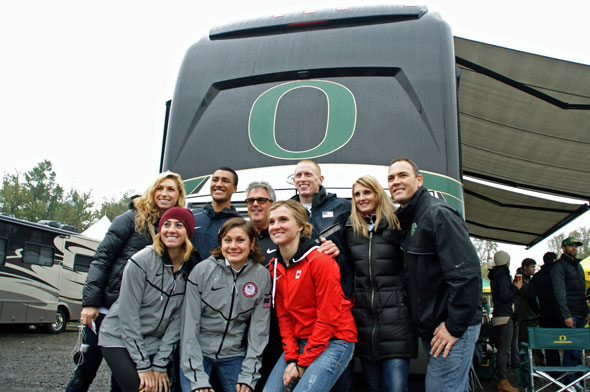 Some of the athletes posed in front of the BIG O! The weather was most miserable. Cold. Rain. We were happy they stopped by our party before heading into the stadium to be introduced to the crowd. 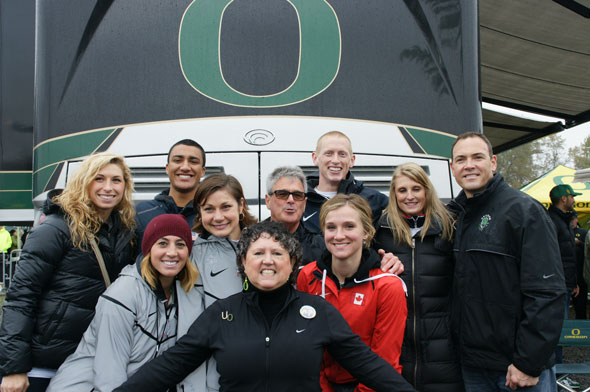 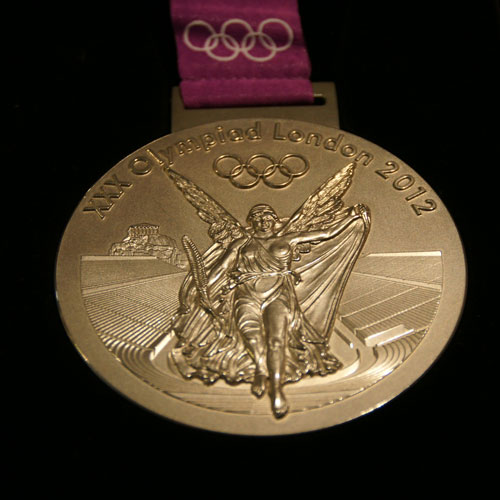 What a gorgeous piece of hardware! The medal is as big as a burger, and not a puny McDonald's burger - this piece of silver was huge and was quite heavy. (Sally cannot weight 100 pounds.) I snapped this photo as the medal was posed on my kitchen counter!

An Olympic medalist and her medal have been in our RV!

The game was a blow out. Ridiculous. Still undefeated, the Ducks have a big game next weekend at USC in Los Angeles.

Until my next update, I remain, your awed correspondent.