Such a very long exciting day. Where do I start?

How about 6:30 this morning? This is when our car pulled out of the driveway. Ridiculously early, but ABC had decided 12:30p was a good time to show the Duck v Washington game on national television. We drove through the dark fog to Eugene (2 hours) where we piled into the Magna Peregrinus, waiting for us at our usual RV Park just north of Eugene and drove her to the Autzen Stadium parking lot. This was Lenny's first-ever ride in a RV and his first-ever college football tailgate.

We - Woody, Kathy, Steve & Mary, DT and myself - entertained our usual cast of thousands between our two RV's. However, this week we did not have to cook! The boys provided muffins, potato casseroles, quiches and fruit before the game and a huge pot of chili after. 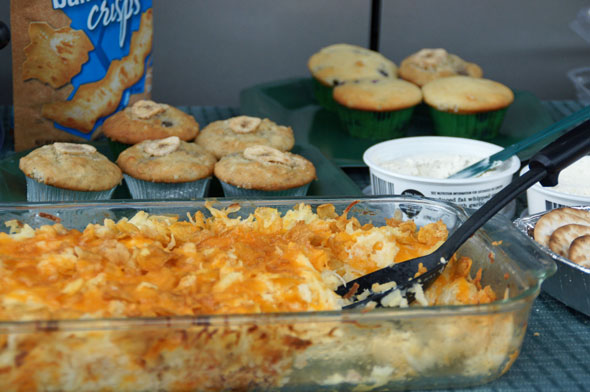 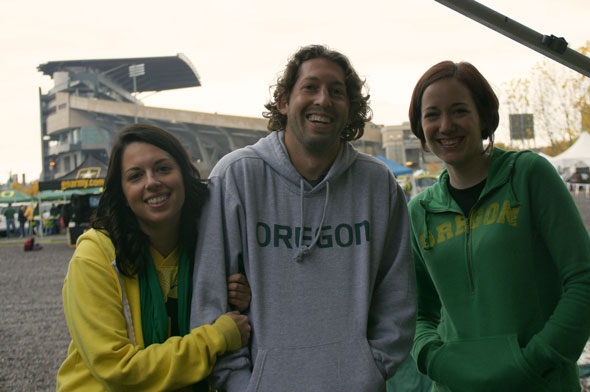 Lisa, Lenny & Kelsey (Kathy & Woody's eldest) at Autzen Stadium. We had clouds, we had sun, we had a few teeny sprinkles - a perfect day for college football. 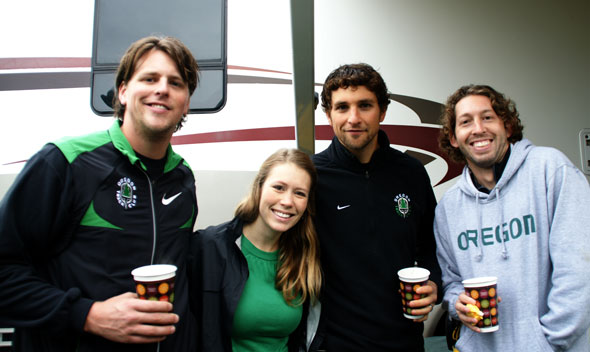 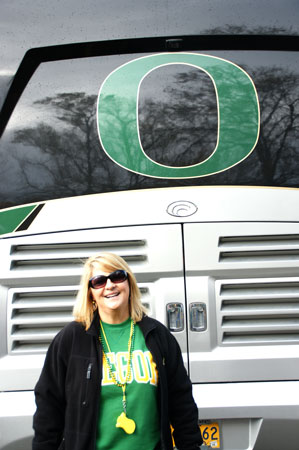 Including another Liz, who flew-in from Denver for the big game. 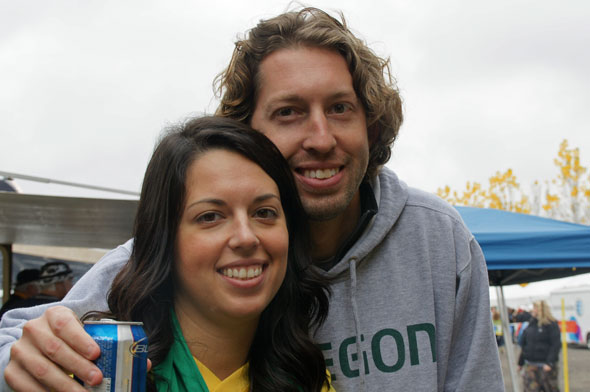 I don't know if you heard, but the #1 Oregon Ducks beat the Washington Huskies. The first half wasn't very exciting. The Ducks had so many penalties. During the second half, they figured it out again and took care of the Huskies, 53-16. The score was so lopsided, ABC switched-over to another game! For the first time ever in school history, the football team is 9-0. Amazing!

After the game, everyone returned to our RV's and enjoyed the chili. Then we had someone else stop by. Someone else who had never experienced a college football tailgate party: 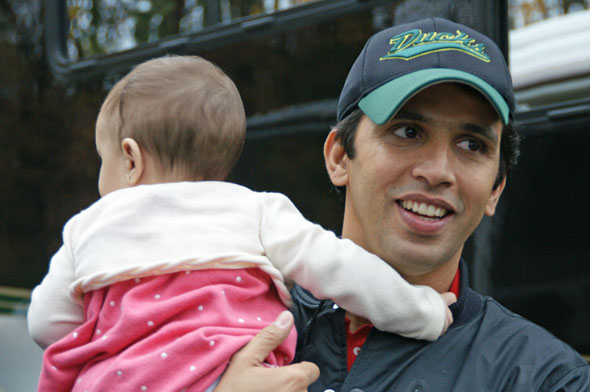 Hicham El Guerrouj, of Morocco, owns the current world record in the mile (3.43) and 1500 meters (3.26). I coulddadied when the Oregon track coach, Vin Lananna, brought El Guerrouj to our tailgate party. 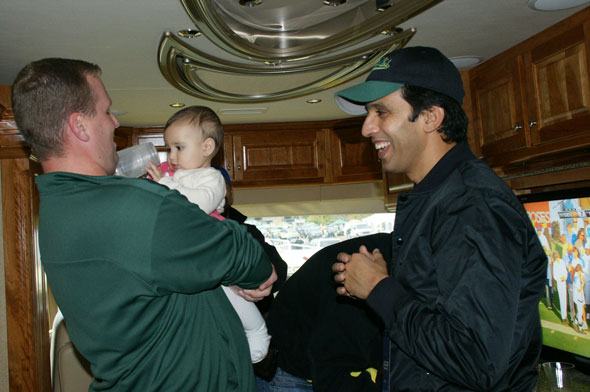 Brandon plays with the Hicham's baby

El Guerrouj (pronounced gah-roosh) bought his wife, two daughters and a cousin inside the Magna Peregrinus for a tour. It was the first time they had been inside a RV. 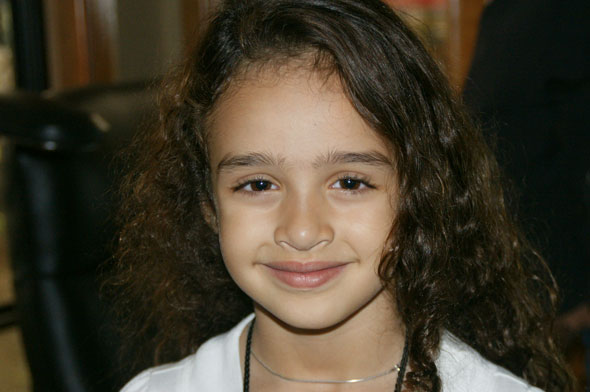 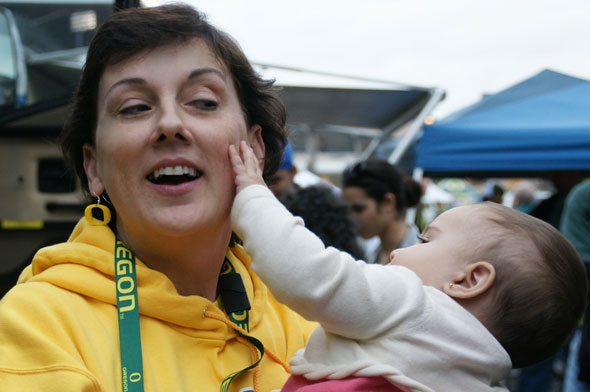 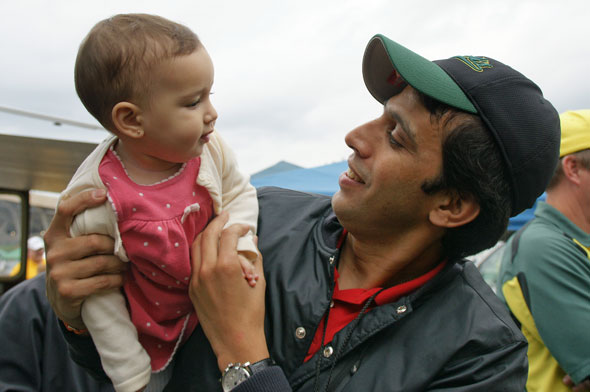 El Guerrouj set both world records in 1999. No one has yet been able to run faster. El Guerrouj retired from running in 2004 and is now enrolled in the University of Oregon as a grad student.

After the game, we reversed the process - returned the RV to the campground and drove back to Portland. We arrived home around 10p. We will retrieve the Magna Peregrinus on Tuesday and point her south to California. There is football team in Berkeley gunning to take-on the #1 Ducks next Saturday.

It was a great day introducing Lenny to our friends, enjoying good food, fun times, fast times and another Duck Victory.

Until my next update, I remain, your GO DUCKS correspondent.
« Welcome to My World Unknown Talent »