Indio, California: I write this blog - not only for your amusement - but as a record of Our Little Life. The Lovely Lisa and Lenny are signing papers on their new home this afternoon, and I was reminded of the time we sold our second home.

We moved back to the USA from Taipei in December of 1987. We checked into a hotel with a jet-lagged 7-year-old Lisa and spent the weekend looking for homes. We zoned-into a new neighborhood under construction in Beaverton, Oregon. Honestly, all the houses looked the same. However, we had purchased a houseful of rosewood furniture while living in Taiwan - including a dining table for 10. We were shopping for a house with a large dining room.

We found a great house. Four bedrooms, 2.5 baths, two car garage, corner lot, massive master with a sitting room, huge walk-in closet and spa tub. We lived there for seven years. During this time, we purchased property "out in the country" and designed our "dream house".

When it came time to move to our new house in the country, we decided a few improvements would be required before we could put our old house on the market. Though we had only lived there nearly seven years, the carpet (low quality at best) would need to be replaced and the entire joint would need to be repainted. We hired a painter (beige) and ordered new carpet (beige). Moving date was 5 May 1994. Cinco de Mayo.

At this point, we had Our Beloved Beagle, Snickers, and two cats. Kitty Dukakis was rescued (literally from a ditch) around Halloween during the 1988 election. Kitty was a gorgeous grey shorthair that had been dumped (with her mother and many siblings) along the roadside a few miles from our house. A few years later, Lisa decided to adopt a bat-shit-crazy calico. Lisa named her cat Madonna.

Kitty Dukakis was our first pet after moving to Oregon. She was always the Alpha Animal. She was IN CHARGE - even over the much-larger beagle. Kitty would be no trouble to move to a new house. She would walk in. Check it out. Rub up against the furniture and rule the roost. 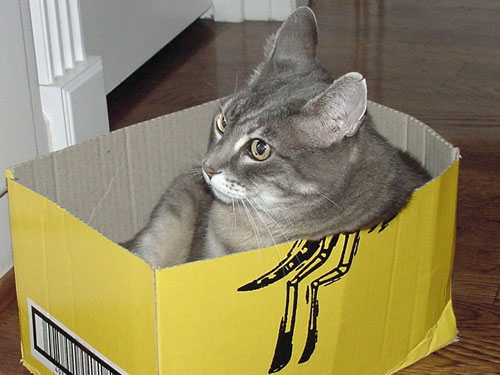 Snickers was already used to our new house. He had been going out to the property and construction site with me for a year. Snickers learned constructions workers = lunches in their trucks. He ate from more lunch boxes than I care to remember. Meatball subs were his favorite. I would replace ONE lunch - after that, I told the guys they were on their own. Close your truck doors! 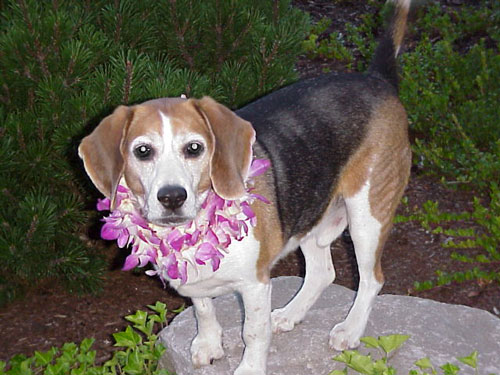 Madonna was going to be a problem. She howled if her food dish was moved one inch. Freaked when the door bell rang. Madonna was the only cat I have ever known who did not like to sit on a lap. Madonna did not like to be touched. Petted. If we had visitors, Kitty and Snickers would be front and center. Madonna would disappear. I'm sure most of our friends didn't even know we had two cats. 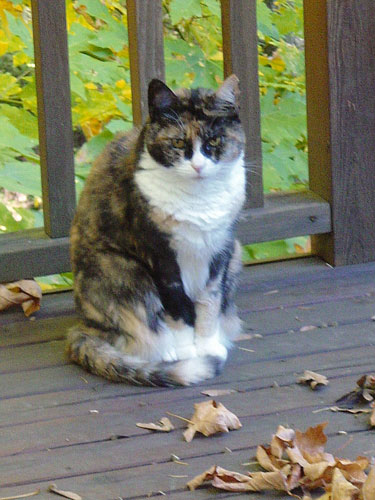 On the 5th of May 1994, most of our belongings had been transported to our new house. We were only waiting for the movers to transfer the largest furniture pieces. Madonna was freaking out. She had never had so much change in her life. She was howling. Shrieking. Gripping her claws into the (soon to be ripped-out) carpet and making noises that I am certain are only heard in hell.

Just as the last piece of furniture was removed from the house, Madonna let-loose in the corner of the dining room the most vile projectile diarrhea that could possible come forthwith from a feline. She just couldn't handle all the stress. Madonna was done.

I was about at my breaking point myself. Moving is never easy - and then Lisa's freaking cat took a huge dump in the dining room.

To be fair, the cat had never used/had a litter box. Our cats went outside to do their business. Since the carpet was being ripped-out/replaced the next day, I didn't feel any pressure to do much except scrape the slop up as best as possible and call it a day.

This is about the time a random realtor knocked on the door with a potential buyer. Lured by the moving truck in front of the house, the "lookers" wanted to see the house. It was the right square footage, right neighborhood, right configuration, etc. We told them they could look, but it was a MESS as it was our moving day. I am still not sure, to this day, why we ever let them inside.

As the potential buyer was drooling over the island kitchen, I suddenly remembered the stinky spot in the corner of the dining room! I swear to G-d, I ran in there and sat my purse down on top of the brown stain! I will also tell you that they put in an offer at our asking price (!) and we sealed the deal before the sheets were on the bed in our new house that evening! Our house was literally never on the market before it sold.

Until my next update, I remain, your fully-disclosed correspondent.

SLOGGER REPORT:  An easy three mile run, followed by several laps in the pool, followed by a soak in the hot tub. My legs are feeling better.