Eugene, Oregon: Well the score is pretty ugly. The game was pretty ugly. But a win is a win. For the third year in a row, the Ducks are conference champions and first-ever Pac-12 Champions. The Ducks didn't look very impressive on national television tonight and I apologize to any of you who were interested enough to actually watch the game. The greatest moment of the game was when our coach, Chip Kelly, presented the trophy to our just-fired University President.

Considering the game was predicted to be a blow-out, the contest was on a Friday night and it was freezing cold, we had one of our largest tailgate turnouts of the year. A virtual sea of people. 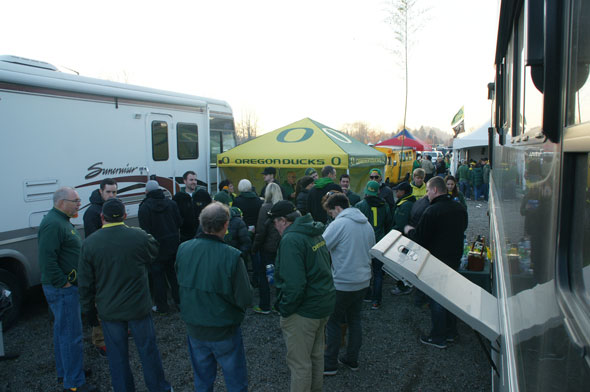 Who ARE all these people? 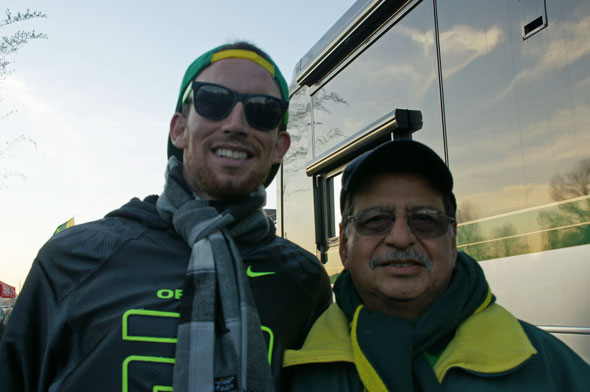 AJ Acosta and his Dad stopped by! 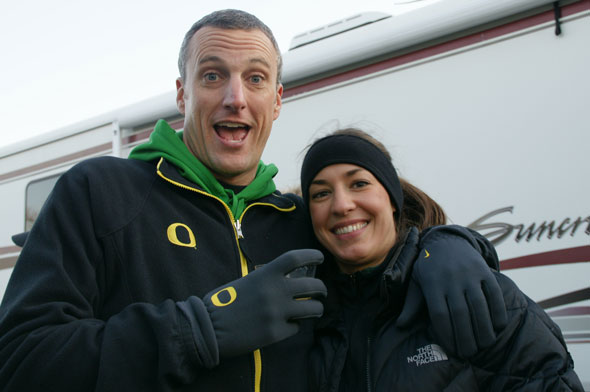 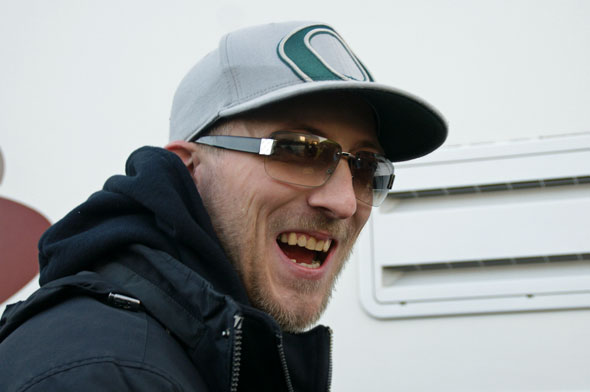 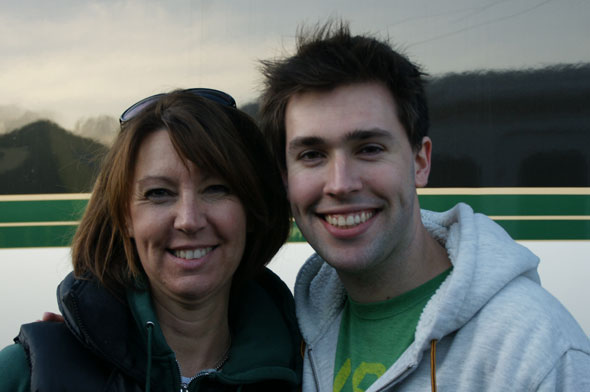 Tamra and her son, David, stopped by. 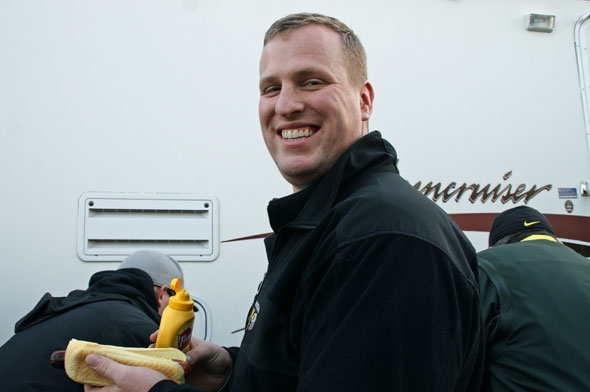 For the record... the Pac-12 Champion will play the Big 10 (Wisconsin v Michigan State - tomorrow) Champion in the Rose Bowl in Pasadena on January 2nd... so it looks like our bus will be pointed south in a few days. (Another boring drive down I-5. Oh, joy!) Conveniently enough, a certain little 4-month-old I know lives not too far from the Rose Bowl! After the game, we will NOT be pointing our RV north. We will remain in warmer climes for the winter, enjoying the sun.

After the victory tonight, we returned to our campsite at the Premier RV Resort and found the hose bib at our site frozen solid. Dang it is cold.

Until my next update, I remain, your frozen correspondent.
« Fried Chicken, a Ghost Town & Heaven on Earth Update »