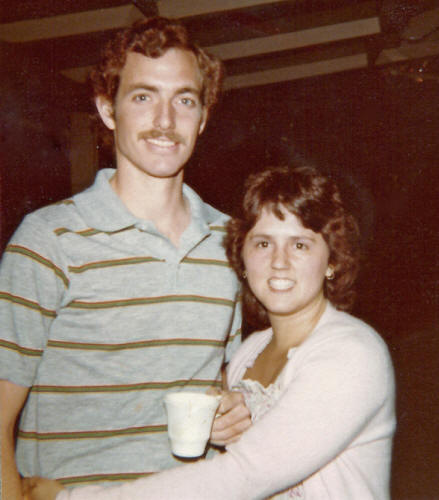 Oh, oh, she's posting that old photo again. Back when I was a child-bride! We have made it to 32 years of marriage. No sense stopping now. What a kind and handsome man, and gee, I still wear my hair in this same style. It's just grey now. We try to have a picnic lunch every year on our anniversary. Though our anniversary is in the middle of July, our Oregon weather rarely cooperates. About half the time we end up "picnicking" on our covered front porch, or give-up completely and head for a restaurant. True-to-form, the weather at the beach was not cooperating for our anniversary.

We ran (in the fog) along the jetty this morning - just a few miles, but the jetty is always interesting. Ships are coming and going from the harbor and there is plenty of bird life.

NOTE: Tsunami Evacuation Route signs are all over the coast, keeping us on our toes. 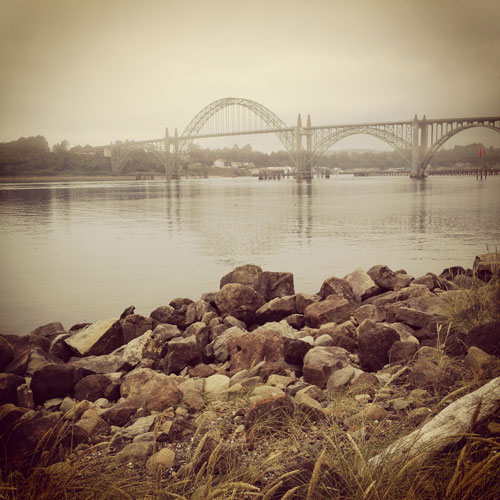 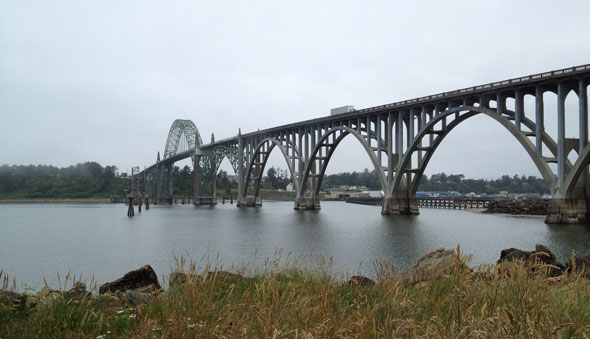 Our anniversary picnic most usually includes a chicken salad. This year I prepared Caprese Chicken Salad. I will post this RV-easy recipe in the August RV Goddess Email Newsletter, so be sure to sign up! I also made a few garlic & herb crostini: 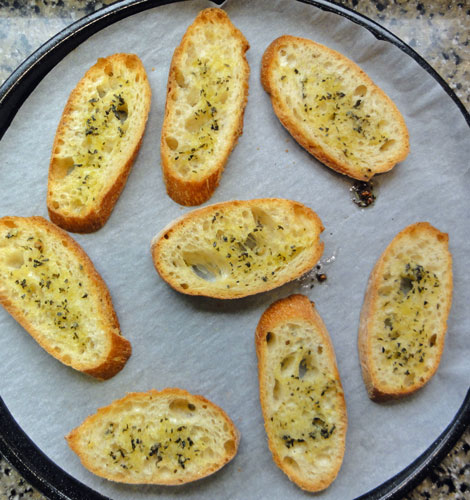 We drove north along Highway 101 to the Rocky Creek viewpoint at Whale Cove for our picnic. A very appropriate spot, I suppose, as my Mom & Dad spent their honeymoon at the Whale Cove Inn! 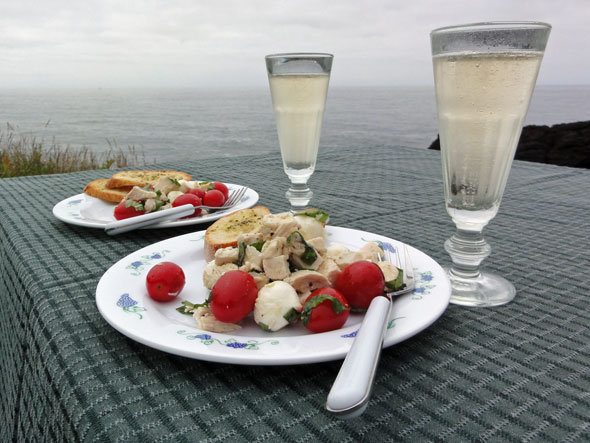 A little bubbly, a little salad, a little crostini, and... 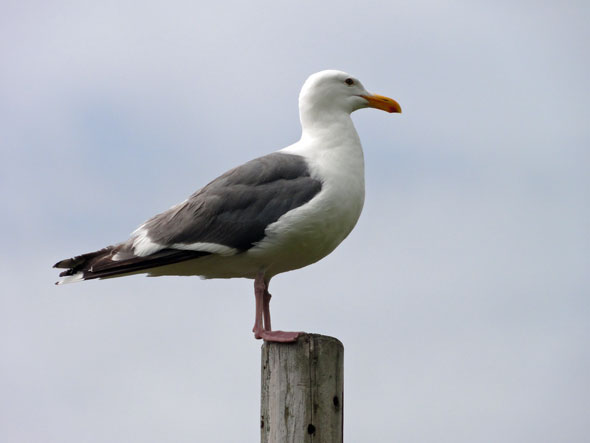 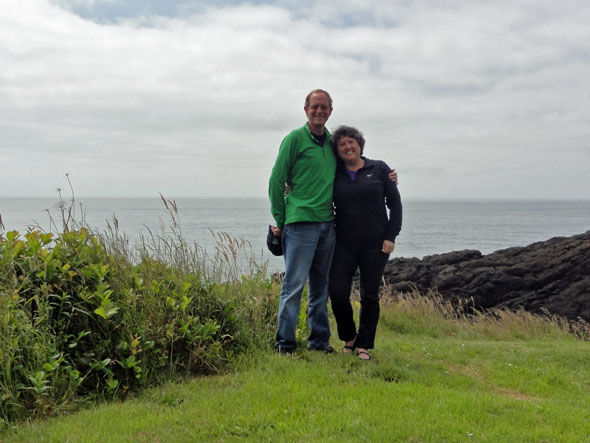 A few more wrinkles, to be sure.... but this is our first anniversary as grandparents! It just gets better and better.

After lunch, we took a little drive up to the World's Smallest Harbor - Depoe Bay. 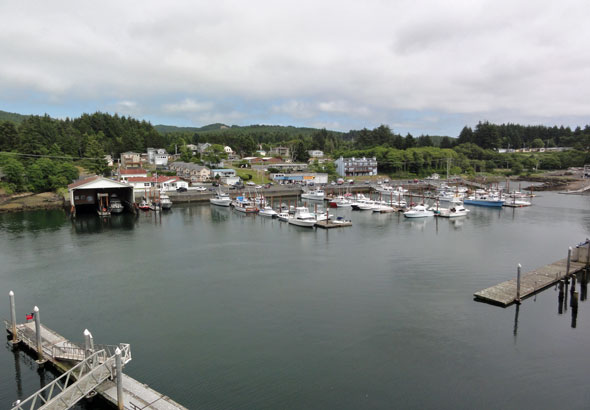 This little bay suffered extensive damage after the Japanese Tsunami, but everything is right again. My parents would bring us (they had five kids) to Depoe Bay in the summer and we would buy Ainslee's Salt Water Taffy. 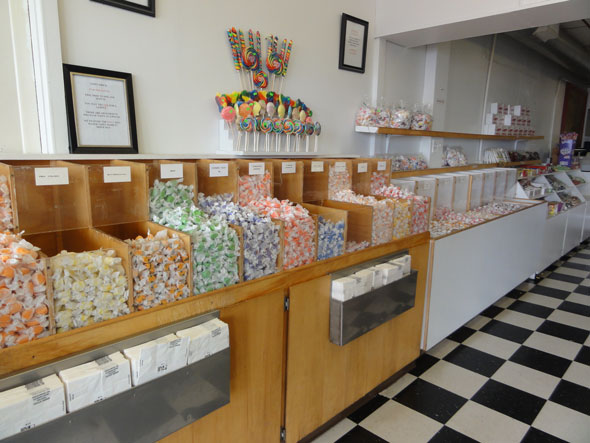 Place hasn't changed much at all (that I can recall) since it opened in 1947. 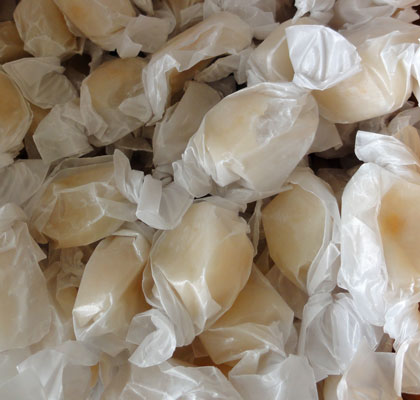 But My Driver wasn't after taffy this afternoon. He was after the local Umpqua Ice Cream sold at Ainslee's.

Espresso Chocolate Chunk, to be precise.

The views on the way back to the RV park were just stunning. The sun came out a little and we saw several seals playing in the surf. 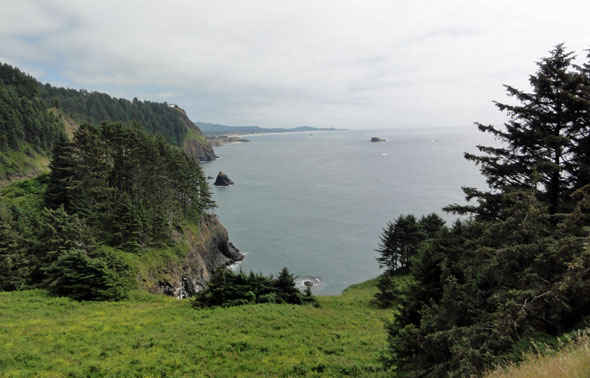 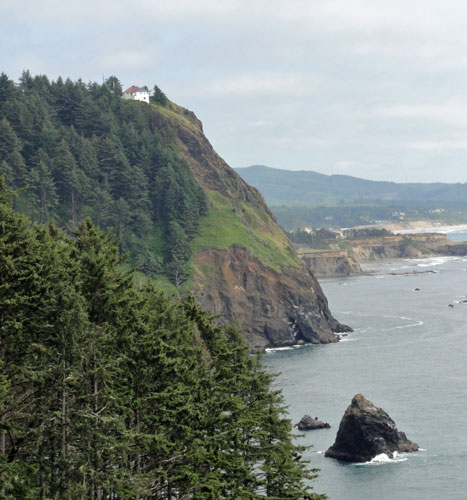 Captain James Cook named this point "Cape Foulweather" on a particularly nasty day in March of 1778. The white building on the point was a lookout (not a lighthouse), then a coffee shop and now it is just a gift shop.

A very fine day along the Oregon Coast with the Best Husband Ever.

Until my next update, I remain, your spoken-for correspondent.

RV PARK: Port of Newport Marina RV Park - Pull-through and back-in sites. 30/50 amp, cable, laundry, bathhouse and free wifi. No tents. At the marina. We are paying $39 per night with a Good Sam discount.