San Francisco, California: Another gorgeous day! Sunny, no wind and temperatures in the low 70's. We enjoyed our ocean-front campsites quite a bit this morning. People were up early, watching ESPN Game Day to hear what the experts felt about the Oregon v Cal game this afternoon. Lee Corso predicted the Ducks to score 60 points.

Just after noon, we piled into Mary & Steve's Suburban and drove over to the University of California at Berkeley campus. We found an empty table at a burger joint and had a nice lunch. 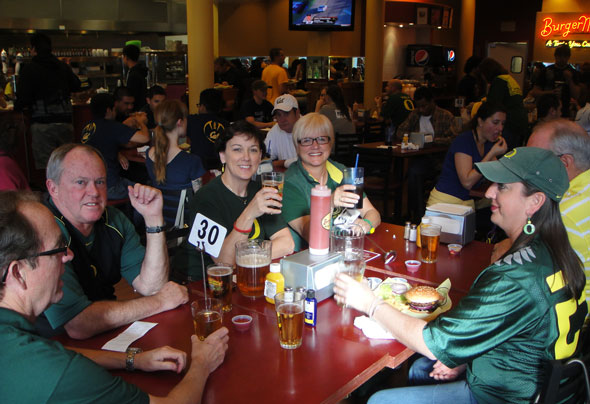 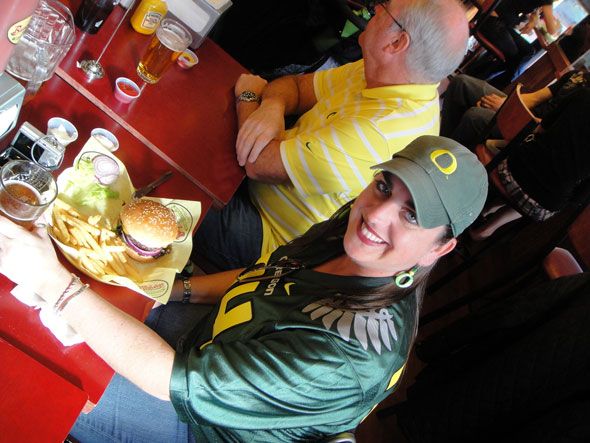 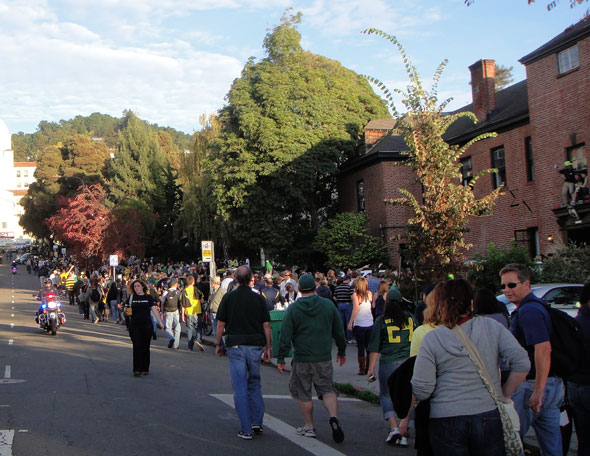 We started the trek up to the stadium about one hour before the game and we barely made it to our seats before kick-off! The Cal Stadium is simply ancient and the wide streets leading to the stadium turn into narrow lanes, then paths, little staircases and finally, narrow tunnels. Pouring 65,000 people through this funnel simply does not work. We were crammed like sardines on the paths leading to the concourse. Honestly, this is a very dangerous stadium. 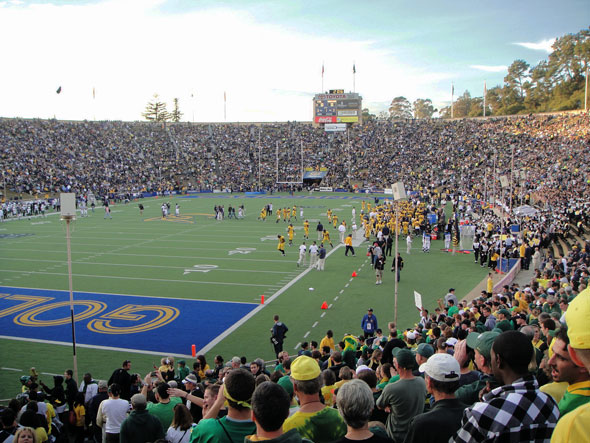 Here is the view from our seats in the visitor section. Naturally, most of the game was played on the far end of the field. 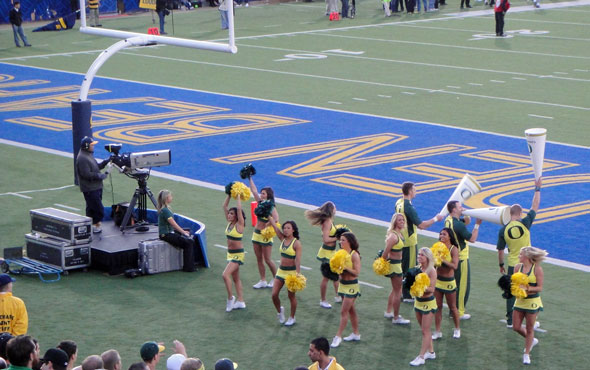 Though the Ducks are ranked the #1 team in the nation, they played like a high school team tonight. The Ducks never found their rhythm. Their mojo. Their sync. Their open man. It wasn't pretty. Lee Corso was off by 45 points. The Ducks barely beat the Bears, 15-13. 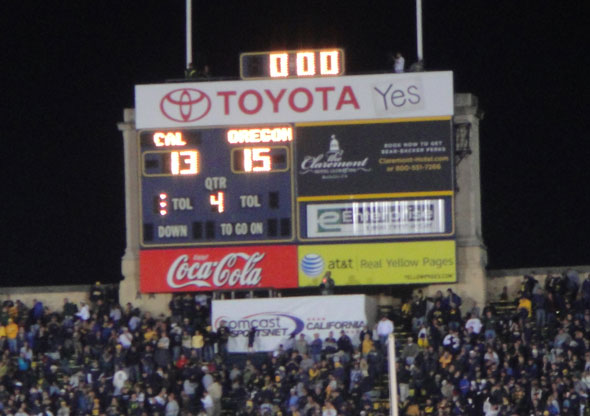 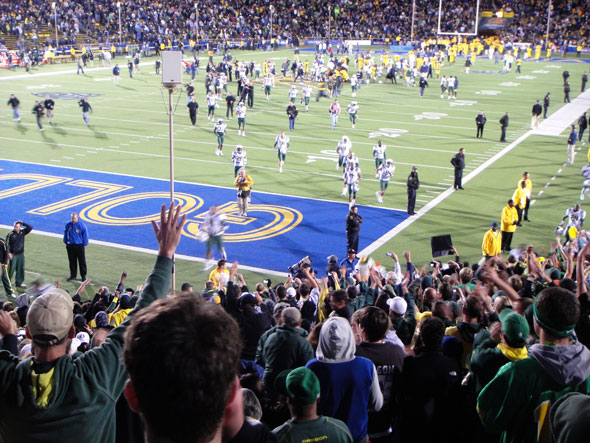 Still, a win is a win. The Ducks are now 10-0 for the season. The team came over to thank the Oregon fans after the game. I love My Ducks.

In other Duck sporting news, I am happy to report both Oregon cross country teams qualified for the National Championships! The women were the second team, after the University of Washington squad, and the men won the team title! GO DUCKS! The championship race will be held November 22 in Terre Haute, Indiana.

And then we hiked down the hill with the masses, drove back to the RV's and went to bed.

Until my next update, I remain, your victorious correspondent.
« What I saw today Sunday in The City »