Los Angeles, California: Leo had school today (three mornings per week), so we had a few bored hours with nothing to do. Just kidding. The few short hours Leo is in school, Lisa goes to the gym, runs errands and cleans like a tornado rushing through the house. After all that, we dropped her car at the car wash for an annual top-to-bottom auto detailing.

Luckily for Gramps and me, the car wash is just around the corner from a famedUmami Burger restaurant. Probably just what we didn't need after a weekend of indulging in Las Vegas... but, hey... it was around the corner. 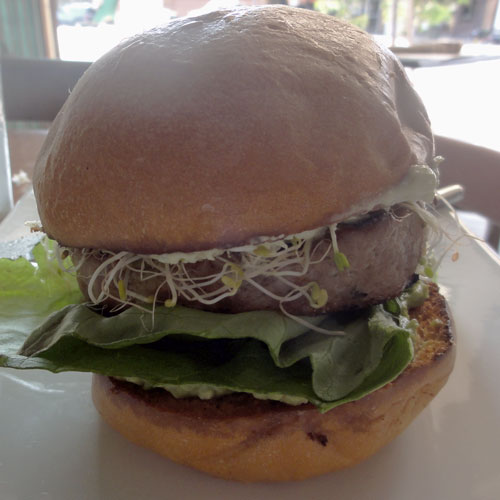 But it's all good - Umami offers a turkey burger. Unfortunately they have recently added fried pickles to their menu. 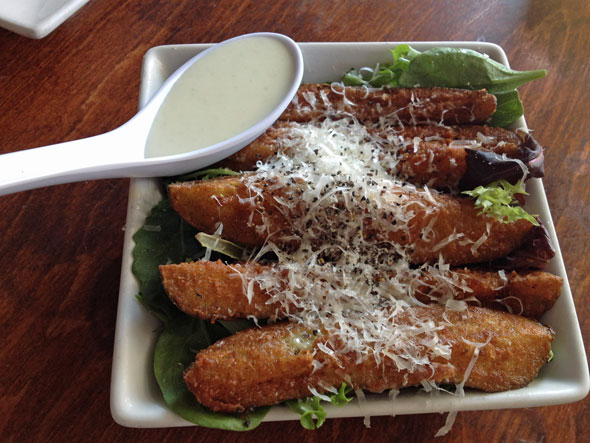 Not gonna lie. They were not the best frickles we have ever tasted. Not crispy. Frickles need to be crispy. However, I was all-over the new Poutine-style burger - any burger on the menu, served over fries, topped with their incredible braised short rib gravy - no bun. 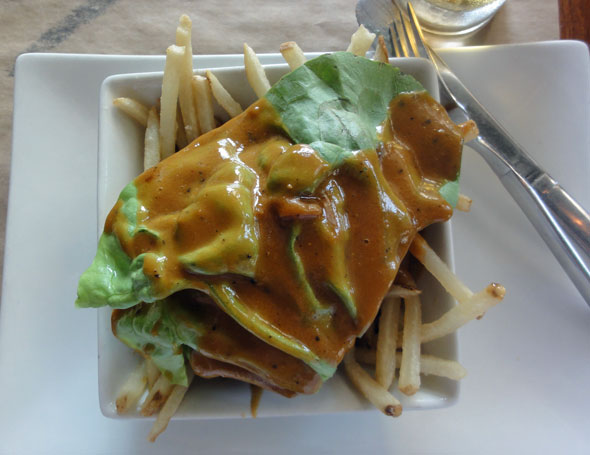 A redeeming feature of this burger is the small size. The only thing redeeming me is that I did not eat it all. I don't think I will eat a burger with a bun ever again at Umami. Or why don't I cut straight to the point and just order a bowl of their ridiculously savory gravy and call it a day?

After lunch we went to fetch Leo from school. He was so excited to see his Momma, and beamed again when we saw his grandparents. Back home, I volunteered to put Leo down for his nap. I read a book (train books are his current favorite). He asked for another book, but Lisa said ONE BOOK, so I put him in bed with another book (just breaking Lisa's orders a little). Leo looked through his book, but was asleep in five minutes. School wears him out.

We spent the evening at home - playing with Leo in the garden before dinner. Leo has invented a new game called Giraffesketball. Best played in baggy underwear. 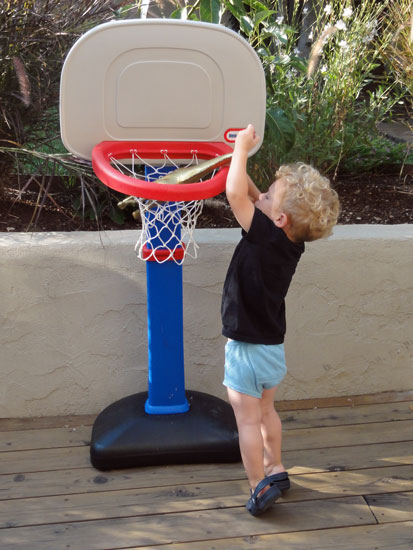 The object of the game is - obviously - to put a plastic sprayed-gold giraffe through the hoop on the backboard, get it completely tangled-up in the net, shriek, fight with the critter and wrestle with it until the giraffe finally comes out of the hoop - whether via the top or bottom. Doesn't matter. 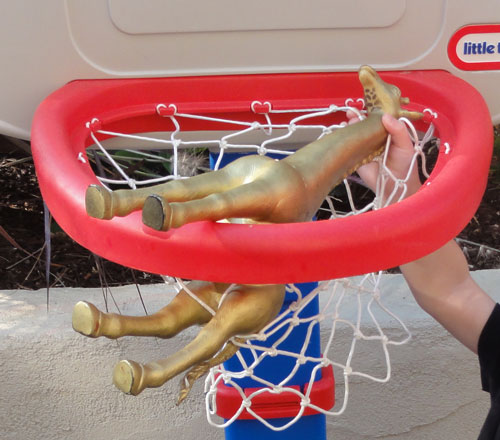 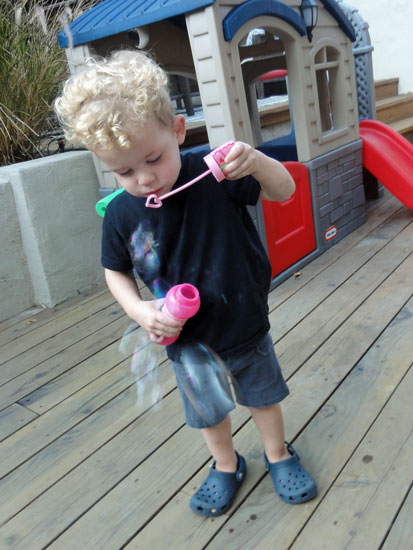 Next up? Blowing bubbles with shoes on the wrong feet.

Until my next update, I remain, your umami correspondent.
« Natural History Museum The Autry Center »