Wastin’ Away Again in Margaritaville

Portland, Oregon:  My Birthday Month Celebration may be officially over. I'm nearly 184 years old now, counting all the celebrations, parties and Jimmy Buffett concerts involved over the past many many many years. 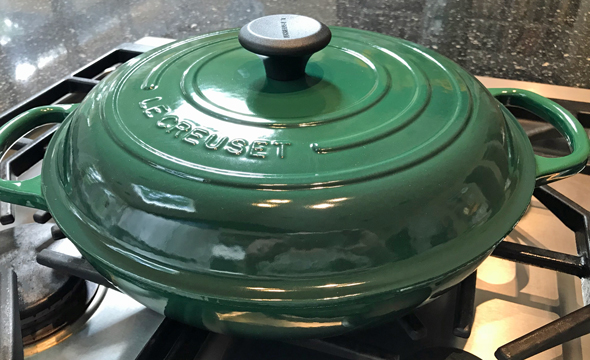 Or maybe if he keeps providing extraordinary cookware, extraordinary meals will be delivered to his dinner plate? Either way, we both win. I've used the 3.5 quart braiser twice now and am in love. Love. Now I understand why it is called the "everyday" pan. I may use it everyday.

For some odd reason (which I think may involve the MGM Grand Hotel scraping/bulldozing the Garden Arena), Jimmy Buffett did not play in Las Vegas this weekend. He always has a show in Las Vegas on my birthday weekend, and the Duck football team always have a bye. This year, the Oregon Ducks played at Stanford (well, played is too strong a word - they lost to the 'Furd 49-7... ouch) Saturday night.... and this year, Jimmy had shows in Vancouver, BC, and Eugene on my birthday weekend.

Eugene? Yep. At the University of Oregon basketball stadium, Matthew Knight Arena. Of course, we bought tickets months ago. Jimmy Buffett had not played a show in Vancouver in 23 years, and in Eugene since 1978! (He has played in the Portland many times over the years.) 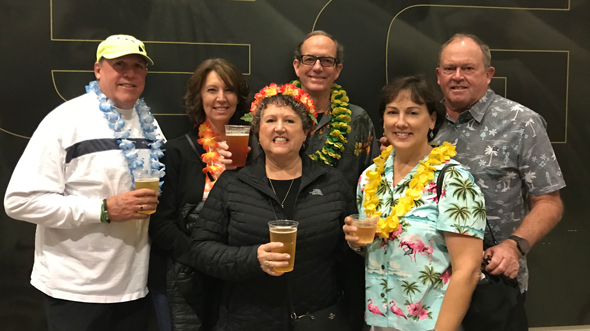 Which found a flock of Parrotheads in Eugene on a Sunday night. We had a Birthday Dinner at Marche, and then headed over to the arena for the 8 o'clock concert. This group, pictured above, was the median age of concert attendees. Each of us had to show ID to buy a beer in the arena. 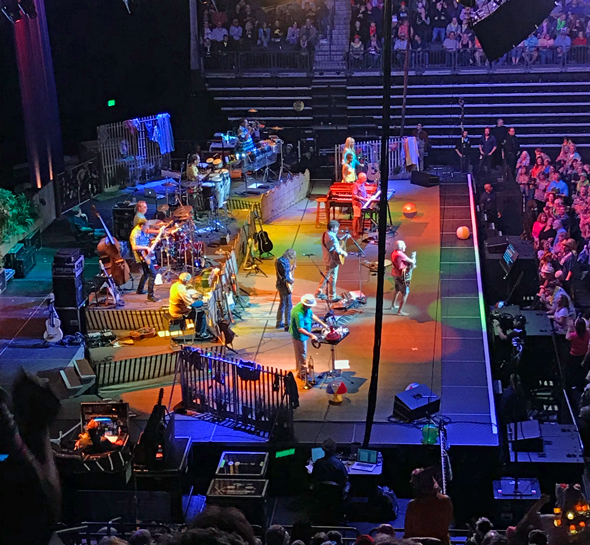 We had great seats - just above the stage - and the sound in the arena was amazing... but I am so sorry to say the audience was not very "participatory". Usually Parrotheads stand and dance and clap and sing and do coordinated hand-gestures all night during a Jimmy Buffett concert. This crowd sat. Maybe since Jimmy hadn't been to Eugene for such a long time, the fans were out of practice? It was very strange. 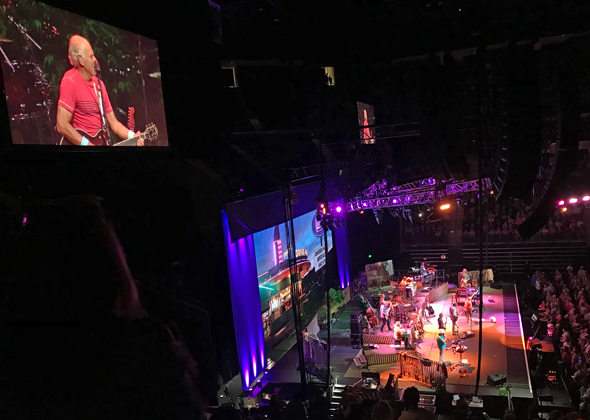 I'm not sure what Mr. Buffett thought of the entire situation... but I am going to vote for "not much" because he cut the show short by several songs and went home early. I suspect he will not be returning to Eugene again.

But what do I know.

One of the highlights of the show was the greatly talented Mac McAnally singing Back Where I Come From (watch videos of a solo acoustic here or with Jimmy and the Coral Reefers here), and Mac playing a Little Martha solo on an pretty metal-faced guitar. (Little Martha was written in 1971 by Duane Allman.) Do you think I love me some Mac McAnally? I do! There is a reason he is the Country Music Association Musician of the Year for the past TEN years.

Jimmy Buffett sang two songs in tribute to his late friend, Tom Petty. One, Wildflowers, had me in tears. Poignant. Sad. Buffett and Petty were friends, back-in-the-day, in Florida while beginning their careers. I also love me some Jimmy Buffett, and own every album - but this guy would be playing county fairs without the Coral Reefers. Jimmy's band is simply outstanding.

I can't thank my pals (and my DT) enough for celebrating with me. Even with the lack-luster crowd, it was still a great night with great music and another fabulous birthday.

At the after-party, I over-heard a girl bragging this was her 4th Jimmy Buffett concert.

Until my next update, I remain, your looking for my lost shaker of salt correspondent.
« Bitter Greens Salad with Melted Cheese Beet Sweet »