Corning, California:  Today is officially Throw-Back-Thursday as we are againretracing our very common route north on I-5. (By the way, Interstate 5 is only referred to as I-5 north of Los Angeles. In Los Angeles, this freeway is "The Five". Today, Dave and I once again began calling the road I-5.)

Watching every camper pack-up and leave a RV park is a bit freaky. I cannot recall ever witnessing this phenomenon. It was like we were all being evacuated from the Napa Valley Expo RV Park this morning... which I guess we were, but only to make room for the weekend rock concert hullaballoo.

Our route today was so dull.  We have passed this way so many times. The road is so straight. The road is so flat. After less than 200 miles we pulled into the RV park behind the Rolling Hills Casino RV Park. 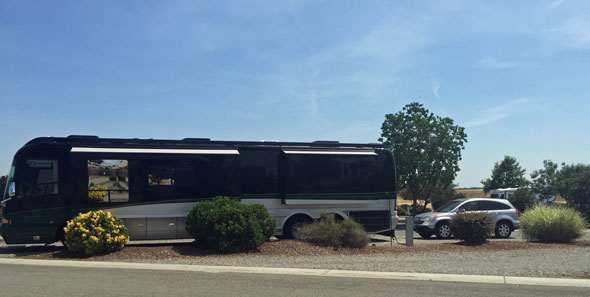 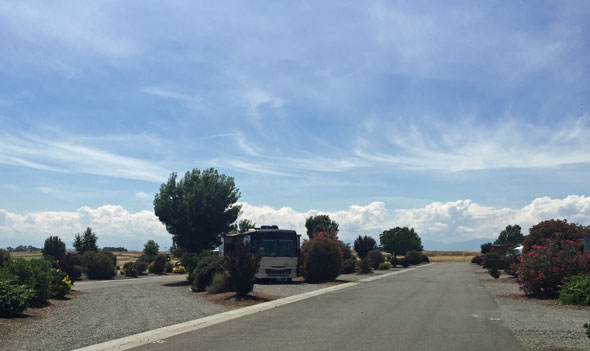 Immediately after setting-up camp, My Driver left to go play 18 holes on the course at the Rolling Hills Hotel - Sevillano Links. I remained behind to whip up a little dinner and video chat with my darling grandchildren. Leo keeps asking to see the box of gross-flavored jelly beans.

If you recall, I bought a bottle of ketchup a few weeks ago to use in a Chinese recipe. First ketchup I have purchased in years. I made the recipe twice and was wondering what I was going to do with the remaining (1/2 cup) of ketchup. (I hate to waste food.) I asked DT how his Mom used ketchup and he said MEATLOAF. I remember ketchup being served with meatloaf in my childhood home as well, but do not recall if it went into the meat mixture. So I found a pound of grass fed organic ground beef and mixed it with 2 eggs, 1/2 cup minced onion, 2 cloves minced garlic, 1/2 of a green pepper (minced), 1 teaspoon Kosher salt, 1 teaspoon black pepper, minced leaves from a stem of fresh basil, 3 Tablespoons of extra-virgin olive oil, 1/4 cup ketchup and one cup of Panko (Japanese-style bread crumbs). 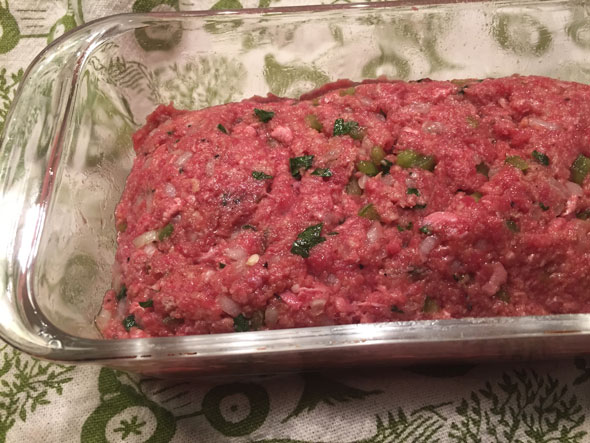 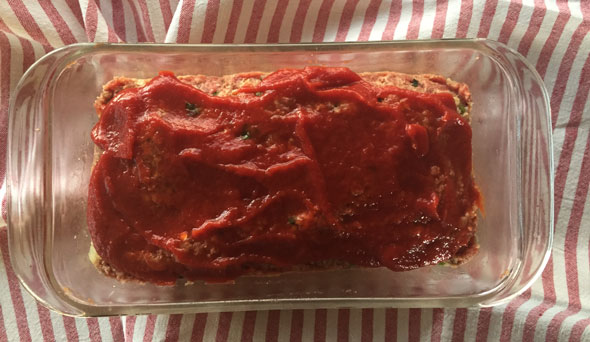 The remaining 1/4 cup ketchup was smeared on top of the meat mixture and baked for 50 minutes at 375 degrees. 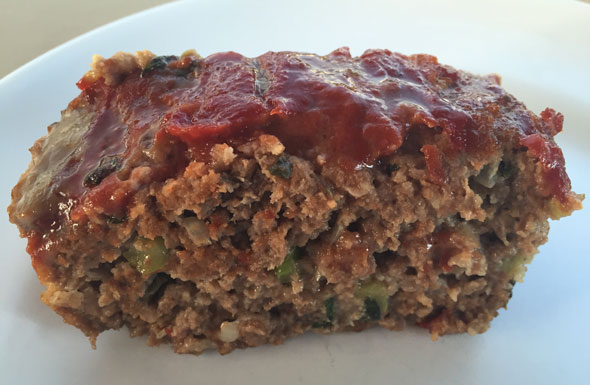 Dave and I were pretty happy with the result. Lots of flavor. Sliced well (after a ten minute rest). Best thing with using the organic grass fed beef? No greasy pool in the bottom of the loaf pan. 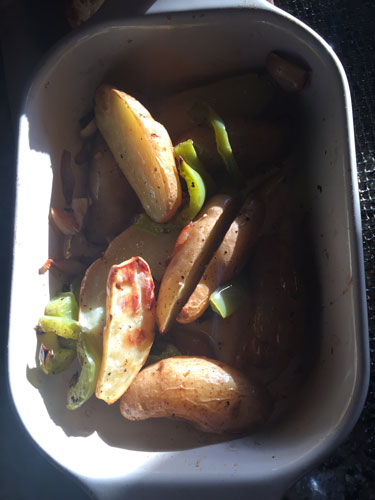 I also tossed a few fingerling potatoes in olive oil with garlic cloves, a sliced shallot and the other half of the green pepper, salt, pepper and roasted the veggies while the meatloaf baked. Tossed salad. A lot of food for my Road Warrior.

Ex-Duck/future-Titan quarterback, Mr. Mariota, has made a few endorsement deals. Nike first, then a headphone brand and now his hometown bank:

Marcus Mariota is the face (and such a pretty face - and who the heck tames those marvelous eyebrows?) of First Hawaiian Bank! Good for him. Stay in school, kids!

Until my next update, I remain, your meaty correspondent.

RV PARK:  Rolling Hills Casino RV Park - For self-contained rigs only, unless you want to share the bath house at the nearby truck stop. All sites are long gravel pull-throughs with full service, 50 amp. Casino, restaurants, hotel, golf. Pretty quiet, yet still close to freeway. After we paid for our site today, we were told to take any site we wanted; first come - first serve. All sites $28. No discounts.