The World is Coming to Portland

My Driver has once again volunteered to help organize a track meet. I know y'all are shocked! For three days in March 2016, athletes from around the world will travel to Portland, Oregon to compete in the IAAF World Indoor Track & Field Championships. The Portland Convention Center will have a 200m track in place, and 8000 fans will fill the arena. Knowing DT is part of the organizing committee guarantees the event will be fantastic, but I am sure going to miss him. 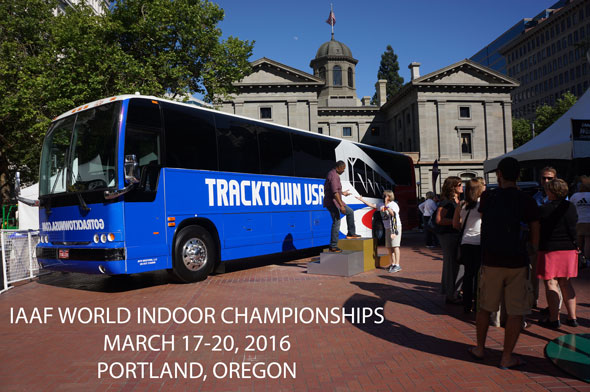 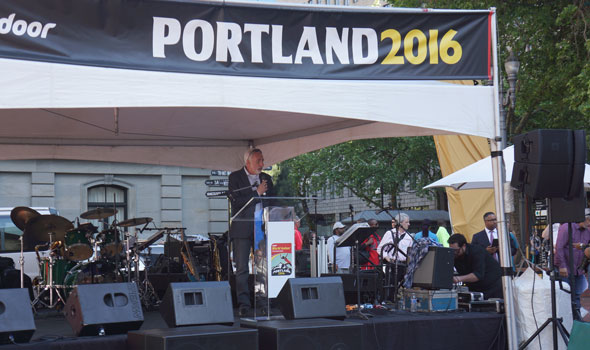 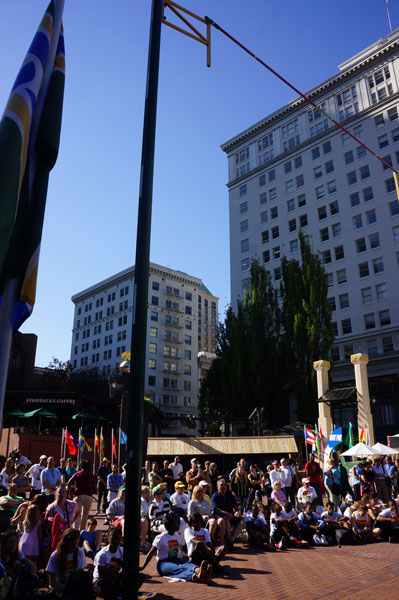 A pole vault bar was installed in front of the stage
and raised to the current world record - 6.16 meters (20.21 feet)

Speaking of the world record in the pole vault, the holder of said title, Frenchman Renaud Lavilleni, was in attendance today. This public space was a virtual bowl filled with track super stars at the kick-off today. Because so many athletes are in Oregon to compete in the Prefontaine Classic this weekend in Eugene, it was easy for the committee to enlist a large group of athletes to appear at Pioneer Courthouse Square. 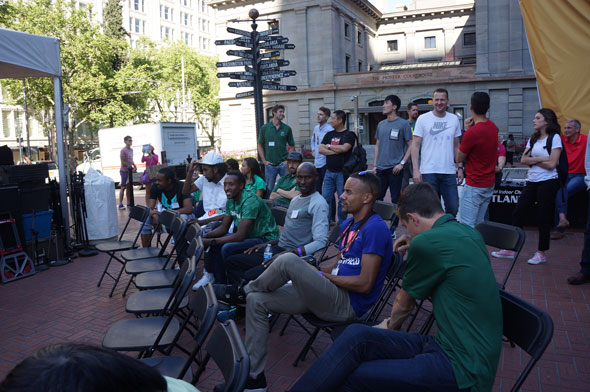 Runners, and a few jumpers, from around the world appeared on stage in several small groups and were asked a few questions by emcee Jordan Kent. 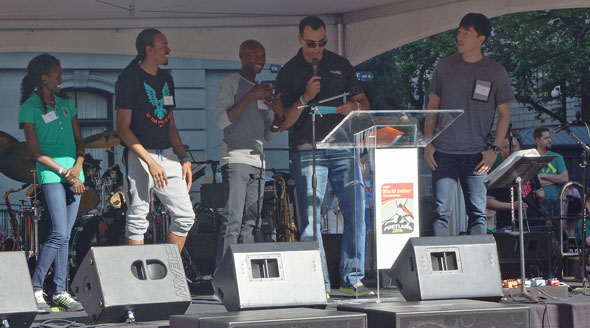 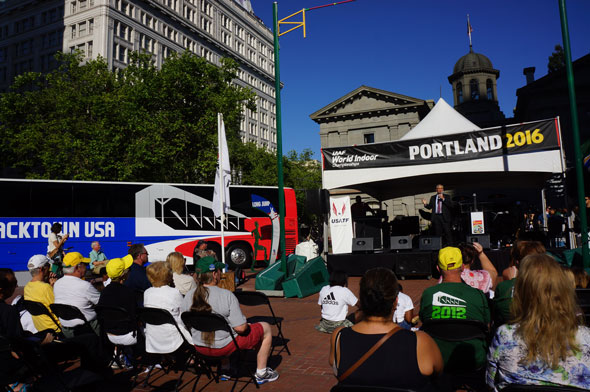 Another highlight of the afternoon was Portland Mayor, Charlie Hales, announcing the City of Portland was investing nearly two million dollars in the event - to promote the city to the world. Yeah, Portland! 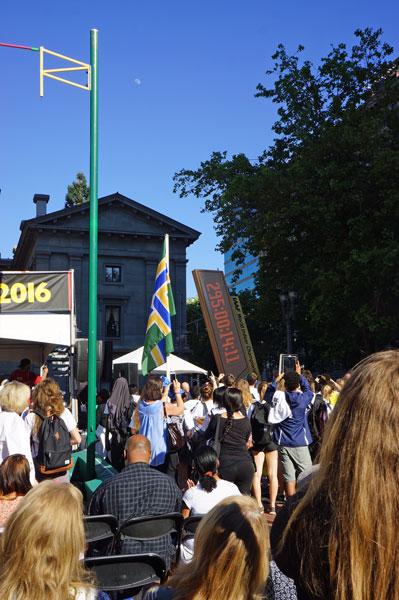 Next the Mayor unveiled the official countdown clock. Only 295 days until the meet begins. Only 300 days until I see Dave again. 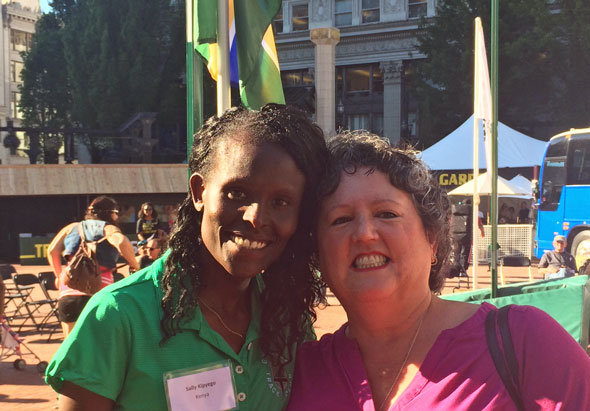 Then Sally Kipyego said hi to me! Sally came to one of our tailgate parties at Autzen Stadium and we have been BFF since always politely says hello when we meet. 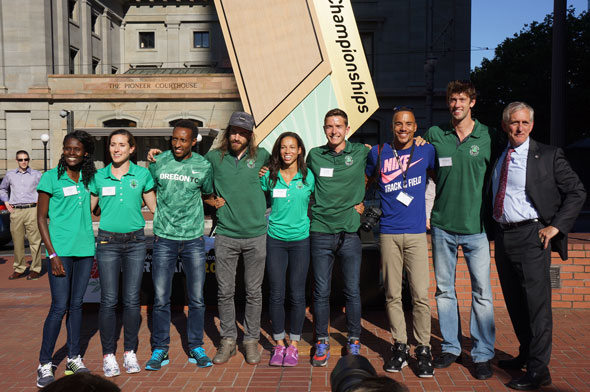 Finally, the athletes posed with the Mayor for the press, a band took the stage, people started dancing and an hour later the party was over.

Speaking of runners... we will be heading down to Eugene this weekend to attend thePrefontaine Classic track meet. NBCSN will have live coverage Saturday from 3:30-4:30p Eastern, followed by NBC from 4:30-6p Eastern.

However, there is another event that interests us just as much as this IAAF Diamond League meet - the "Pre Pre". Friday night, Historic Hayward Field will be filled as fans watch England's super-star, Mo Farah, attempt a world record in the 10000m. The Friday night meet is free and will also feature a men's 5000m, women's long jump and men's shot put and discus. 7p, Pacific.

Until my next update, I remain, your "I love me some runners" correspondent.

« Back in the Saddle Again Long Ago and Far Away »