The Snow Storm That Wasn’t

The predicted snow storm fizzled-out and we were left with a more dangerous option - freezing rain. Little ice pellets hitting the roof all morning and rain drops freezing the moment they touch ground - turning the roads to ice rinks. Another dangerous side effect is rain freezing on tree branches, causing the now-heavy limbs to crack-off (they always seem to land on car roofs), or worse, entire trees fall. On a power line. Always on a power line. But this storm wasn't too bad (unless it was your car roof) and mostly troubled only citizens living at higher elevations.

People in the Willamette Valley completely flip-out when icy weather is predicted. Decisions are made to cancel school. Football games. Bus routes. Church services. We stockpile food as though Martians had landed. Television reporters broadcast (LIVE!) from the highest hill in town, talking about weather that never seems to arrive. The poor weatherman, wearing a puffy jacket (with the station logo), a stocking cap (with the station logo) and mittens can only show us a dusting of snow, tires spinning on an icy road... and his frozen moustache.

I showed Leo our frozen field. He thought Elsa had been here.

We don't leave our house on such days. Our house is on top of a hill (technically a mountain and actually a dead volcano). Oh, it would be easy to leave. All we would have to do is point our car downhill and we could slide all the way to Salem, except for that time Dave tried to take our sister-in-law and niece to the airport in a snow storm and nearly put his Tahoe in a ditch... and they had to abandon the car to walk a mile (uphill) back to our house in a blizzard... and their flight was cancelled anyway.. because Portland actually was suffering a blizzard that day. We now remain at home in "weather". 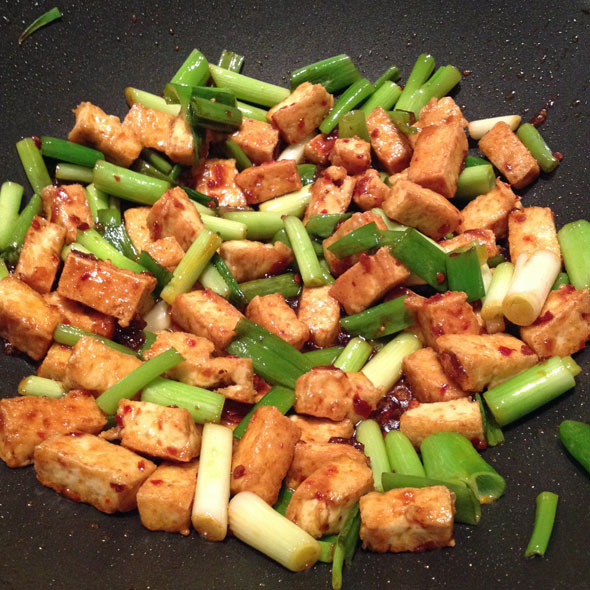 We were so desperate in our seclusion, we were forced to eat tofu. Ha, just kidding, we love the stuff. I stir fried little cubes of tofu with green onion and tossed in a little Thai Fusion Sweet Chili Jam. A little spice to keep us warm.

We woke to clear skies this morning and the temperature will climb near 40 degrees today. The quarter-inch sheet of ice that encased us yesterday is melting, creating the odd illusion of a rain shower in the sun-drenched forest behind our house. 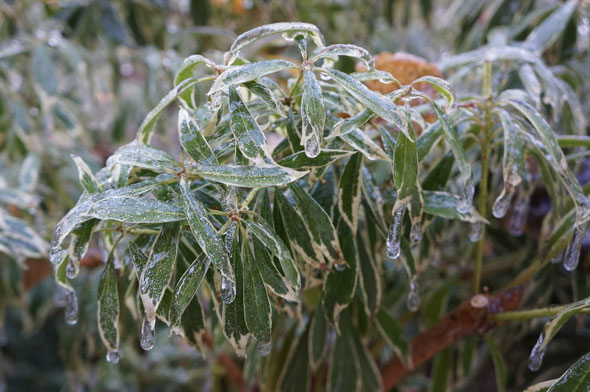 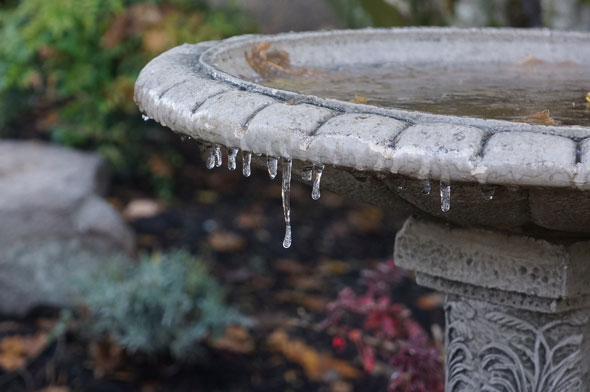 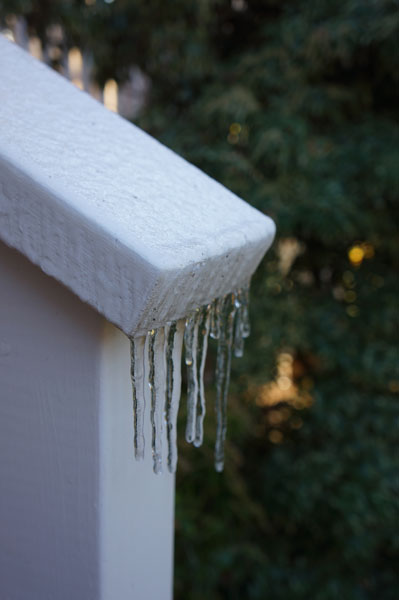 A little treacherous going up the front steps

And remember that pretty hydrangea photo from Wednesday? I found the bloom frozen solid this morning, upside-down from the weight of being covered in ice. 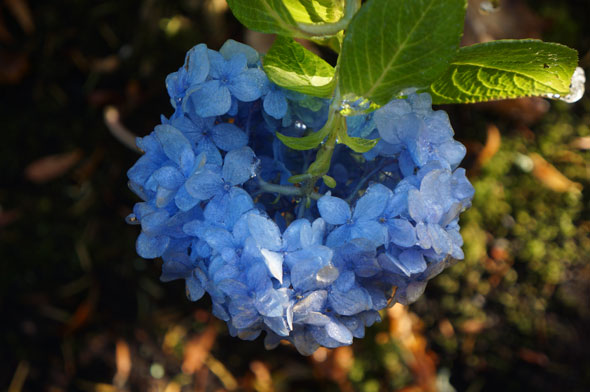 Portland did not receive the predicted snow, but the mountains of Oregon received quite an accummulation. 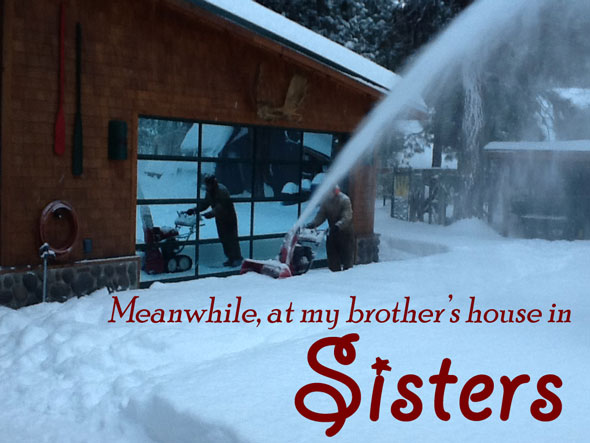 I know many of you are suffering with terrible cold weather and snow. Stay warm and please be safe - and get in your RV (as soon as the snow plow goes by) and point it somewhere warm.

Until my next update, I remain, your thawing correspondent. Shabbat Shalom!
« Winter Ails My Thanksgiving Game Plan »