We left our Grand Dawg with our niece, Carla, and headed down to Eugene. We parked and walked across the pretty University of Oregon campus. 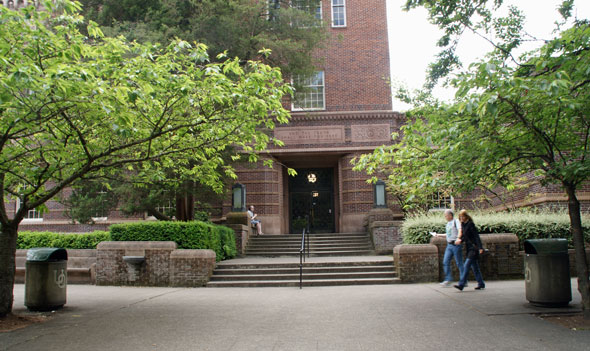 Past the pretty library. 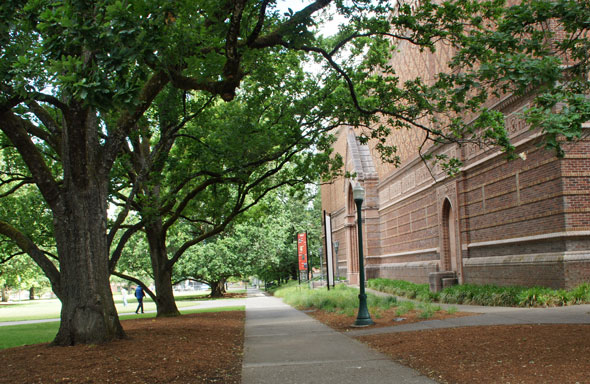 Past the pretty art museum. 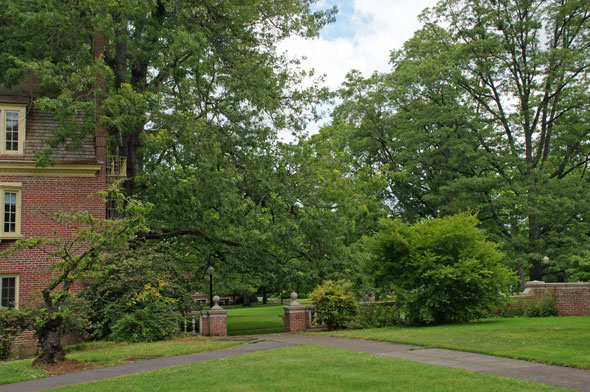 But we weren't on a campus tour. We were not looking at architecture or ancient trees. 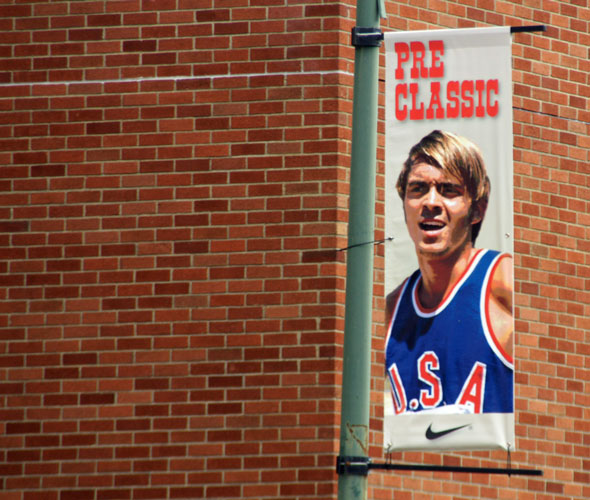 Goodness no. We were going to a track meet!

The Prefontaine Classic (usually referred to as "The Pre" around these parts) is one meet in the Diamond League Series for professional athletes. Racers compete for prize money and accumulate points throughout the season. Meets are held all over the world, so the athletes not only have demanding training schedules, they also have demanding travel schedules. Sounds glamorous, but it is not. It is their job. 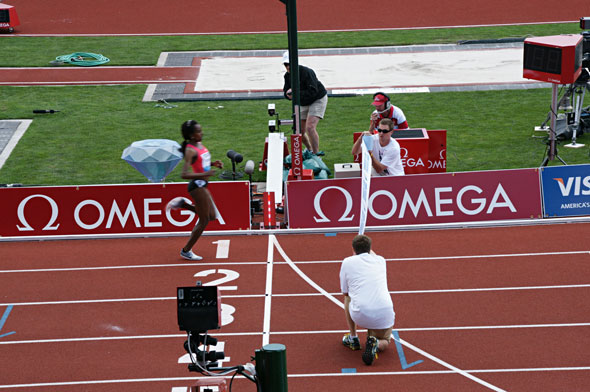 We had great seats for the races - right in front of the finish line! 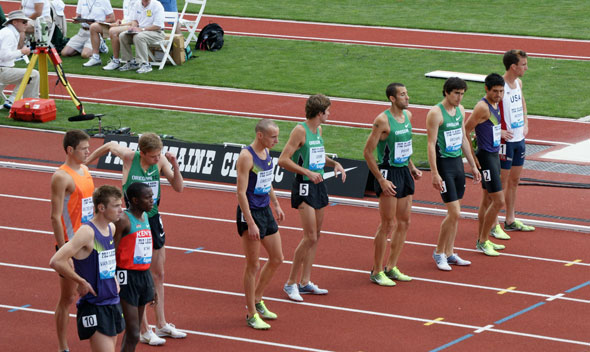 The Prefontaine Classic usually has a few not-often-raced events. Today they held a 1000m run (most of the racers were 800m guys) and they ran two separate one-mile runs for men. It's rare to find a mile race these days. The first mile was labeled the "international" mile. Apparently this mile was for runners not fast enough to run with the Big Dogs in the Bowerman Mile - always the final race and the most anticipated race of the day. Duck junior, AJ Acosta (in white, lane 1) and ex-Duck Galen Rupp (in lane 5, pumping his arms) were crowd favorites. I have no idea why this would be the "slow" mile, as ten men finished under 4 minutes. AJ ran a fantastic 3:53! 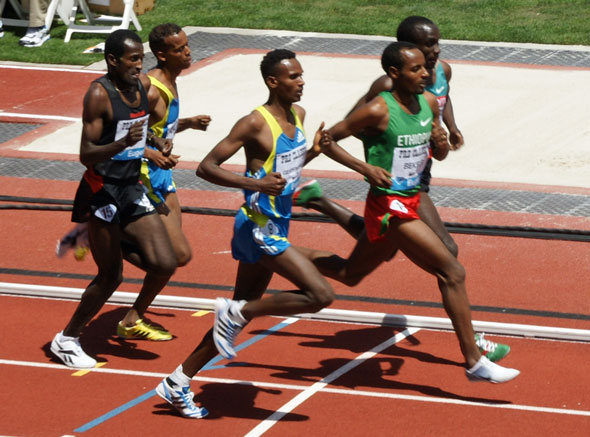 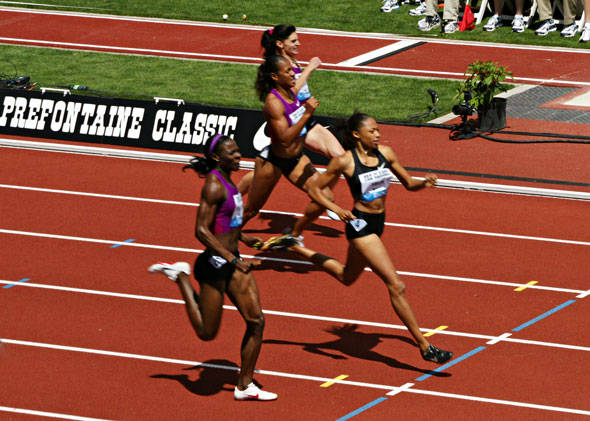 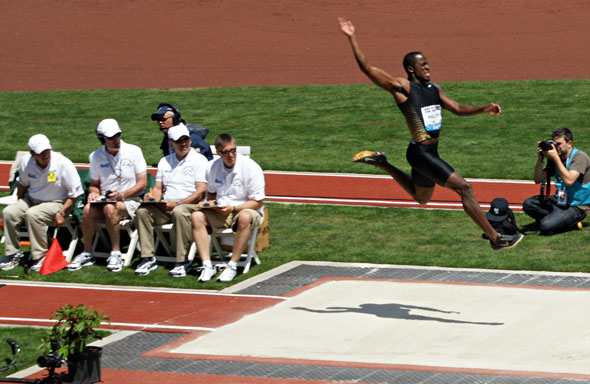 USA's Dwight Phillips jumped with an injury, but still came in second in the long jump. 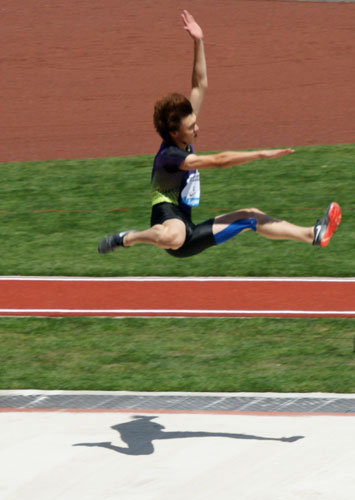 Chinese long jumper, Li Jinzhe, was third. Just loved Li's technique! Looks like he is in a martial arts pose. 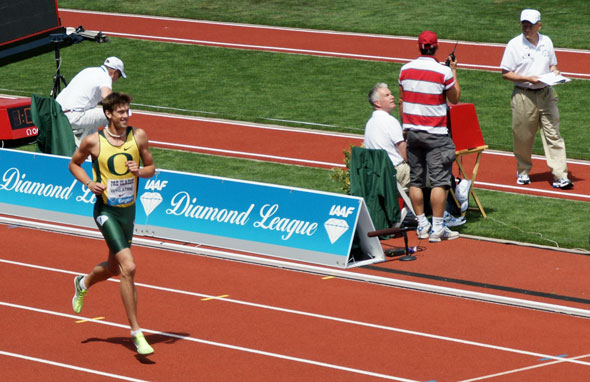 The last race of the day - The Bowerman Mile - was loaded with some of the best milers in the world. Stacked, actually. How would our Mr. Wheating (who represented the USA in Beijing in the 800m) do against the Big Boys? Andrew Wheating was introduced to the crowd. We went wild. His last race in a Duck kit. 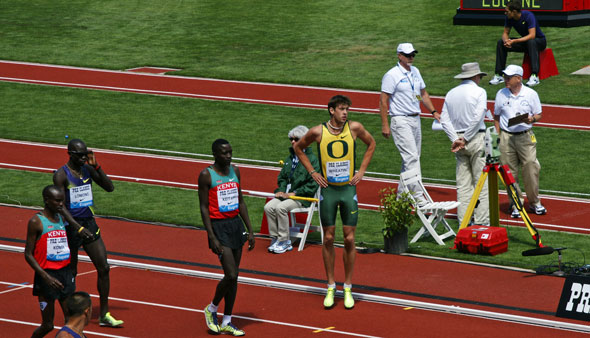 Am I really standing on a track with Lopez Lamong, Asbel Kiprop and Daniel Komen? 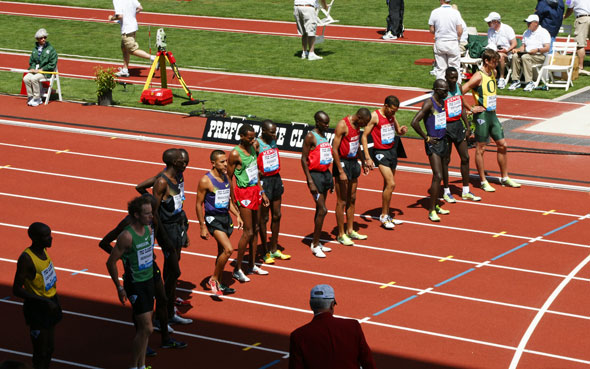 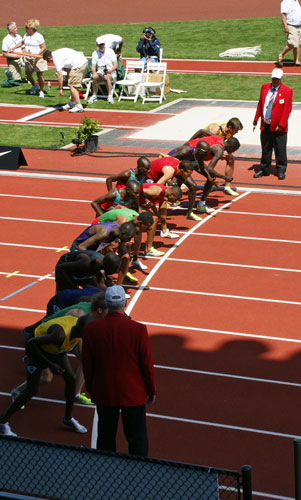 A pace-setter leads (in green) the pack around the first two laps. Then, he drops out and lets the racers get down to business.

Andy finishes in fifth place! In this photo, he is waiting for the scoreboard to show his official time. 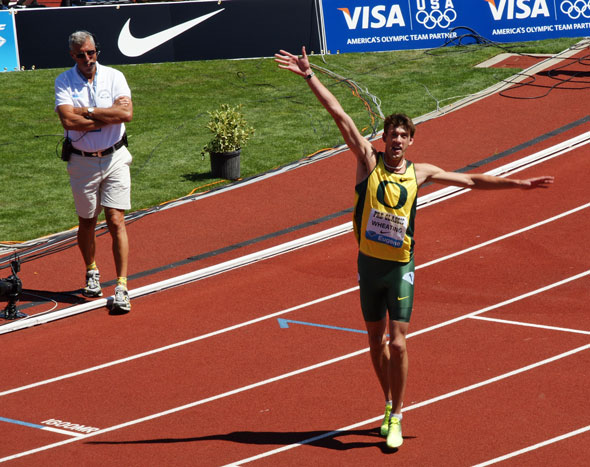 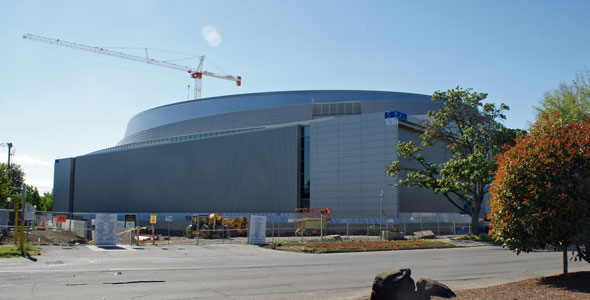 On the way back to Portland, we drove past the Matt Knight Arena. An amazing amount of work has been completed on this building since our last visit. Duck runner, Matthew Centrowitz, rode back to Portland with us. Matt's dad was DT's teammate at the University of Oregon in the 1970's. 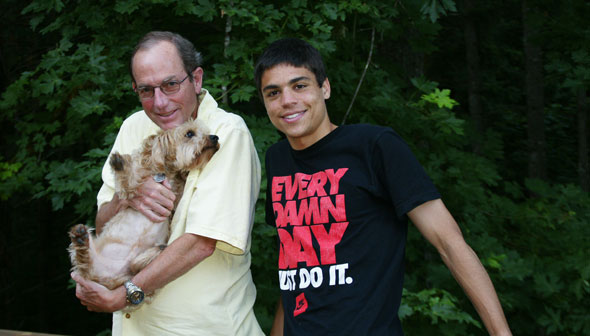 My Boys: DT, Reese and Matthew. Matt will spend the night at Taylor Manor and we will schlep him to the airport in the morning. Matthew gets to spend the rest of the summer with his family in Maryland. 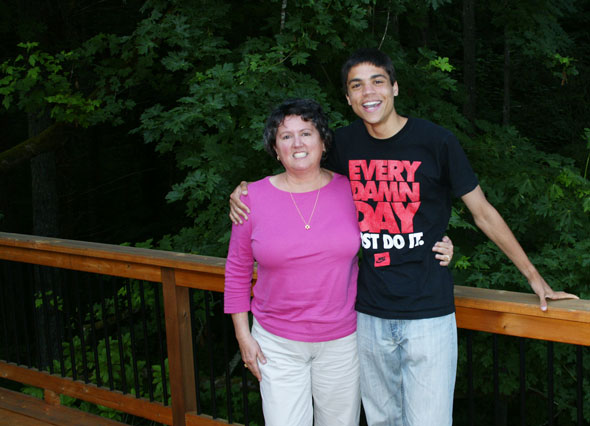 Big shout-out to Carla for watching Reese all day! Thank you very much!

Until my next update, I remain, your "I love runners" correspondent.
« Ten Hours Carbon Footprint and A Salad »