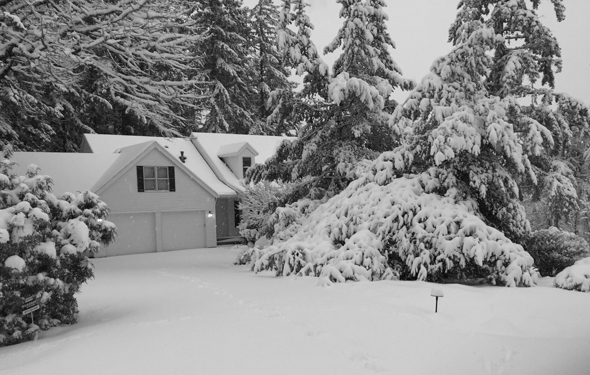 DT snapped this photo of our house in Portland. Wednesday morning.

Last minute, Dave was summoned up to Portland for a meeting. (Yeah, never mind that he is retired. He is still helping the University of Oregon with a few things. Volunteer.) He booked a Portland flight, arrived Tuesday afternoon, rented a car, stopped-by the grocer to pick up something for his dinner and made it to our house as it began to snow. 2+ inches were predicted.

Drat. He could have done that from the sunny desert.

The snow continued to fall. By Wednesday afternoon, 15 inches had accumulated at our house. This was a huge event for Portland. The City was in peril. Portland hadn't received a snowfall to these levels in decades. Since 1943 to be precise. Snow depths much over an inch or two is so rare, Portland has little snow removal equipment. The city just shuts-down. People on the east coast laugh at us because schools close (and grocery store shelves empty) when Portland receives snow, but few citizens have snow tires or chains. Few roads are plowed. It is just too dangerous to drive, so everything closes and Oregonians hunker down with hot cocoa and wait-it-out.

Friends were sending me photos of their situations: 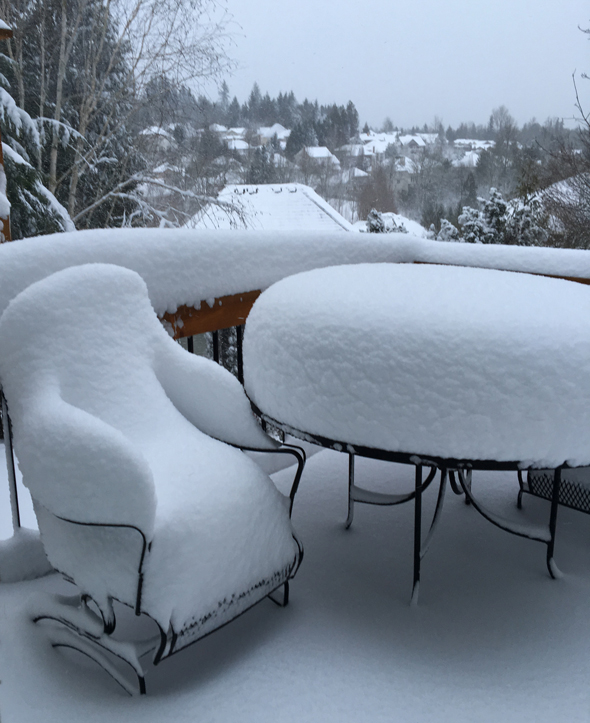 That is really a lot of snow. 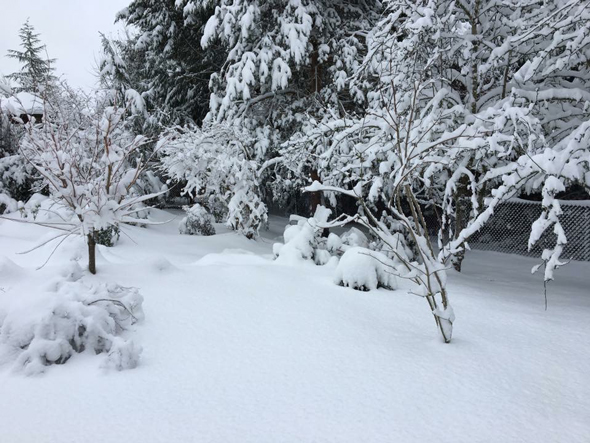 The temperatures were falling. It was 15 degrees Thursday morning. The snow was not melting.

Dave missed his flight back to Palm Springs Wednesday. He did not really miss the flight; the flight was cancelled. Portland International Airport was shut-down as well. He missed his flight back to Palm Springs Thursday. I think he was getting cabin fever. I think our house sitter was getting cabin fever. Together, they shoveled one side of our circular drive... quite a feat as we, naturally, do not possess a snow shovel. 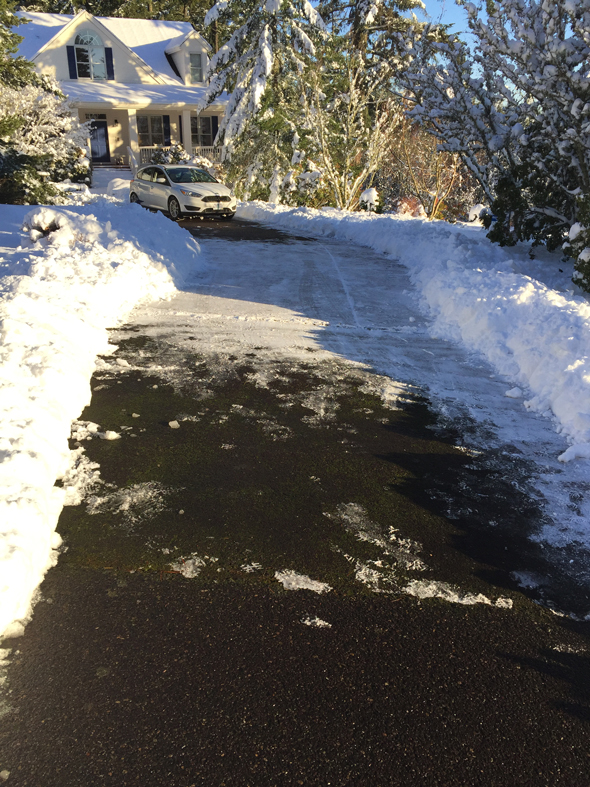 There were chains for the rental car. He chained up and made it to the airport in ONLY THREE HOURS (usually a 50 minute drive). The rental car was returned. DT went to the accommodation desk in the airport concourse and rented the last airport-area hotel room available.

There is one daily PDX-PSP flight. DT has a reservation and a boarding pass. The flight is on schedule.

Until my next update, I remain, your lonely correspondent.