Tucson, Arizona: A very huge change in the weather overnight. After spending a beautiful, warm, sunny afternoon at the zoo yesterday, we woke to chilly temperatures and cloudy skies. I laced-up my running shoes and wore a jacket and hat for my three mile run today. The first mile was fine. The second mile was very difficult due to increased winds. The third mile never happened. It began to rain... then ice pellets began to hit my face. Wimp. I gave-up and ran back to the RV. A few moments later it was full-on snowing! 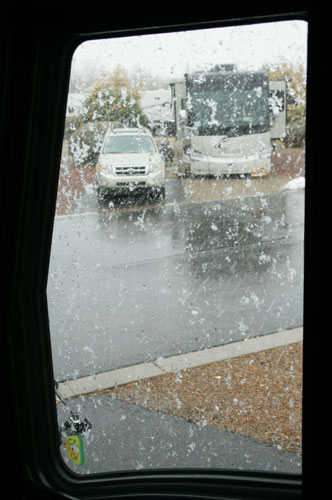 Before you ask... DT ran earlier in the morning and finished before the deluge. 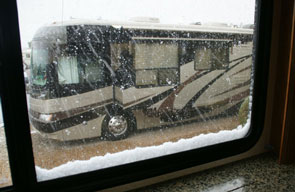 One of the exciting events happening this week around Tucson, the Accenture World Match Play Golf Championship, received several inches of snow mid-day and play was suspended.

We needed an indoor activity to explore in Tucson, so decided to visit the Mineral Museum at the Flandrau Science Center on the University of Arizona campus ($4). The museum is presently hosting a special exhibit of Chinese mineral specimins, Crystalline Treasures: The Mineral Heritage of China. The Flandrau also had information about theOsiris-Rex Asteroid Sample Return Mission. In 2016, the University of Arizona and NASA are going to launch an unmanned spacecraft that will rendezvous with an asteroid named 1999 RQ36, collect samples - by touching the asteroid for 5 seconds - and return to earth in 2023. Really. 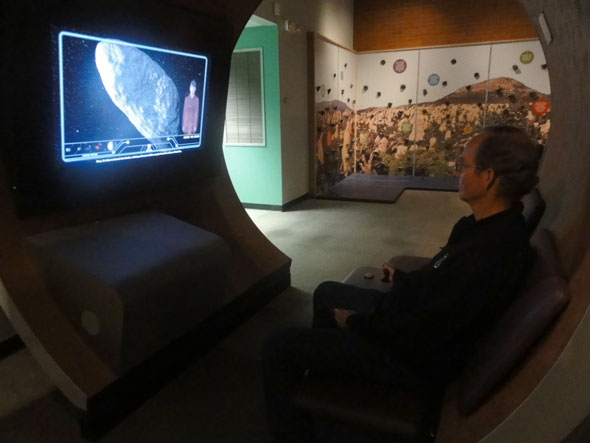 DT and I spent a few minutes exploring the children's area at the museum - you know, future research for educating/entertaining Leo. We examined detailed (plastic!) scat samples of Arizona animals, found rock samples in the sand, created a landslide with foam rocks, then landed our space ship on an asteroid. Leo, you are going to love the Flandrau Science Center.

But we were here for the rocks. Marry someone with a love-of and a degree-in geology and you will see a lot of rocks, mines and caves. Having a live-in geologist with total recall of the Periodic Tables is a great advantage in travel. DT can tell me how mountain ranges were formed, why that rock is greenish and how that fossil was so well preserved... but he still thinks diamonds are only compressed carbon. Even with this obvious fault, I love him. 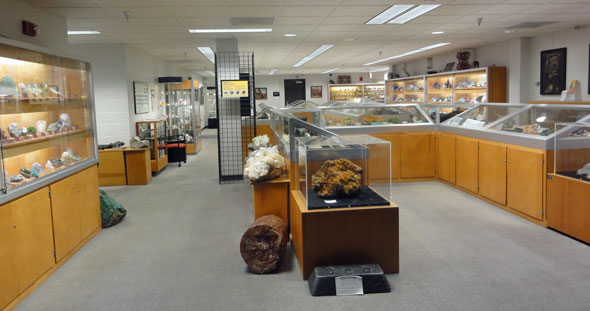 The Mineral Museum is in the basement of the science center and has case after case of mineral samples. If you are not interested in rocks, minerals, meteorites or fossils, I suggest you go elsewhere. If these items float your boat, you will be thrilled with the collection. Here are a few things I found to be pretty or pretty interesting: 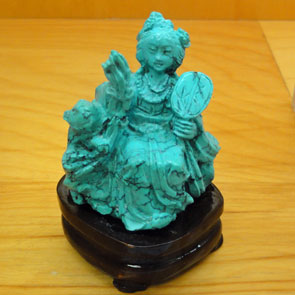 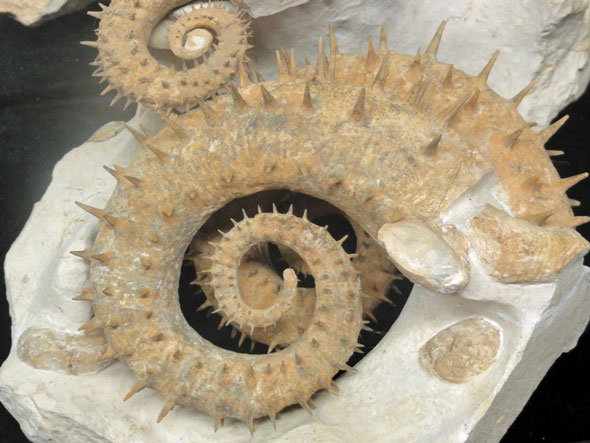 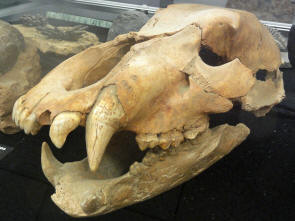 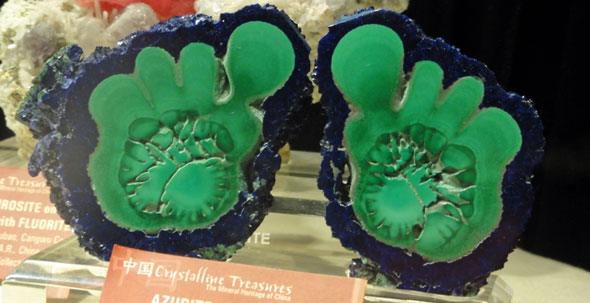 Azurite with Malachite (the green stuff is Malachite) 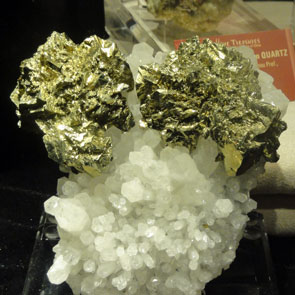 Chinese minerals on display and Chalcopyrite (the gold stuff) on Quartz from Hunan, China 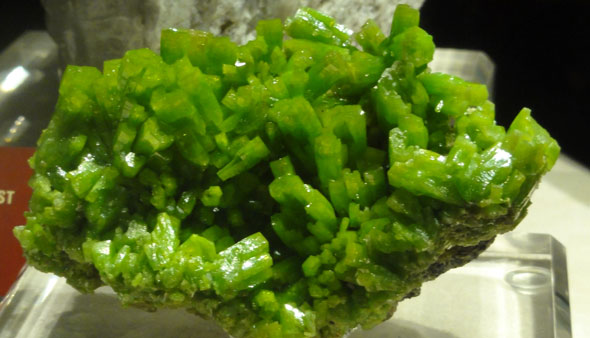 The Science Center on the University of Arizona campus could probably keep you busy for several hours. We recommend a visit.

David wanted to try a local brewery, Nimbus (WARNING: screaming chimp noises on their website). Nimbus has a "bistro" in town, but DT wanted to visit the actual brewery, which has a small on-site kitchen. We punched the address into our GPS and drove to what I would call an "industrial" section of town, right along the train tracks. Just when I was sure our GPS had steered us into a very wrong part of town, we saw the brewery. 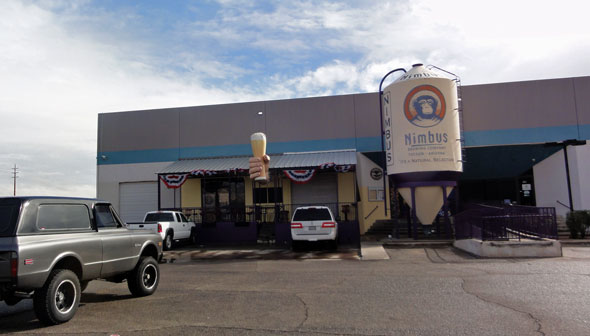 Inside we discovered a true brewery with a long wooden bar and a few tables. The kitchen serves up usual brew pub fare and the beer was incredibly good and incredibly cheap - $3.50 for a pint. We had a late lunch/early dinner and brewskis. 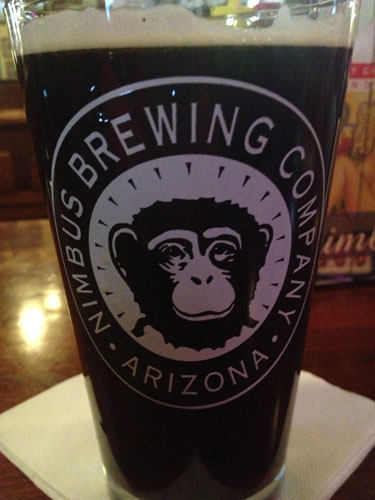 The stout from Nimbus is a meal in itself. Creamy and dreamy.

On our way back to the RV, we made a quick stop to replenish our severely-lacking larder and barely made it inside the Magna Peregrinus before it started snowing again. Really snowing hard. Then it turned to rain. Then it turned to snow and as I type this, ice pellets are falling. Our internet and television dishes are having a tough time connecting to their satellites. This storm is sweeping the entire southern half of the country. Be safe out there, Dear Readers.

Until my next update, I remain, your frozen correspondent.