This is the longest I have driven since July 2008, when I drove 100 miles to Eugene. Yes, it is probably best to keep sight-impaired people off the freeway... but today I was very confident and did a fine job and only missed one freeway on-ramp on the way home!

No one honked at me either. Victory!

Where did I go? The Fall RV & Van Show, of course! I wanted to see what was new, what was hot, what was not and wanted to learn what I needed to learn about RVing in 2011. I took 74 photos and chatted with numerous dealers. I learned too much!

Too much for one column anyway... so tonight I will write about the Smart car (and our dinner) and will continue tomorrow with more information about the 2011 RVs.

I'm only one woman. 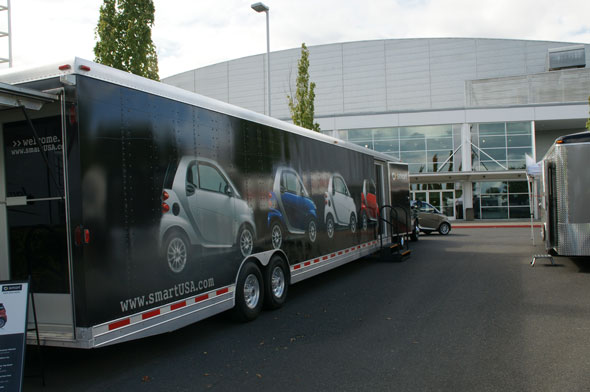 I had paid $8 for parking and $8 admission before even reaching the Expo Center! Though today was the final day of the show, the crowds were large and the salesmen were busy! That, my friends, is a good thing.

Outside the Expo Center building were several displays to explore - most prominent was the Smart car. 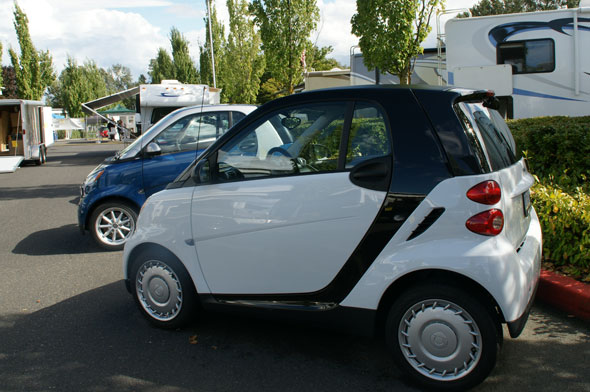 Sande, the Smart car rep, gave me a tour of the adorable car. I wanted to put one in my purse and take it home. 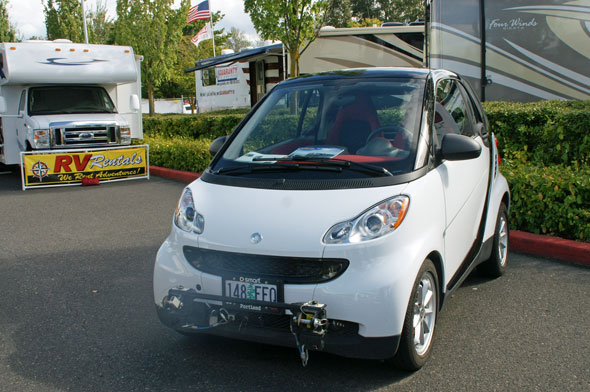 The cars are proving a wise choice as a tow vehicle. They can be flat-towed and only weigh about 1800 pounds. Made in France, the Smart car has front and side air bags and a roll cage providing excellent safety in such a small automobile. With 33 mpg city and 41 on the freeway, the Smart car could be a smart choice for your wallet too - especially since they start at $12,000. The highest priced model - the power-topped convertible - sells for $17,000.

Plus, your golf clubs will fit in the back. 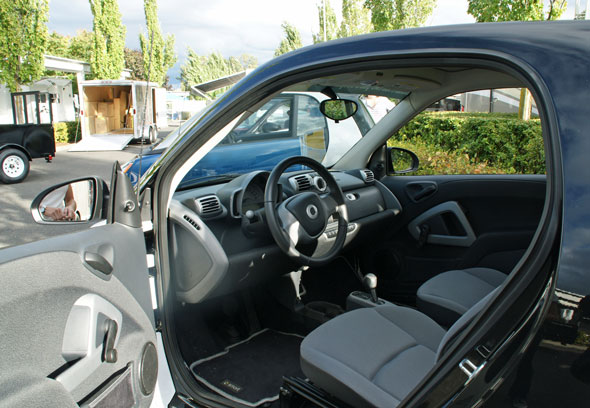 I am going to admit right up-front that I am an idiot (not that you were confused on this issue) but somehow a Smart car is a stick shift and an automatic transmission at the same time. Apparently, the driver can decide which mode to use.

Tow preparation is similar to the Honda - the Smart car only needs to be set from "drive to neutral" and away you go. 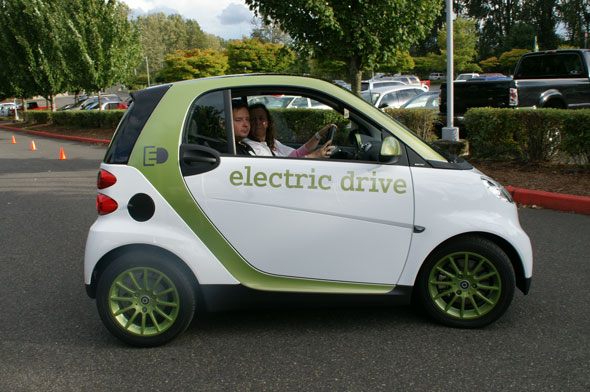 The Smart car is also available as an all-electric model. The design is so clever - the battery bank is in the space where the fuel tank is placed on the gas models, so no leg room or trunk space is lost. The 2012 models will have a 100-mile range and will be able to achieve highway speeds. Just plug it in to any household outlet to charge.

I arrived home to find a very hungry hubby, so I baked him a pizza. 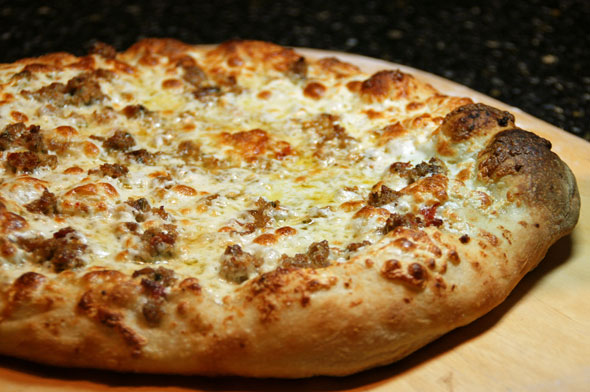 He is very spoiled. 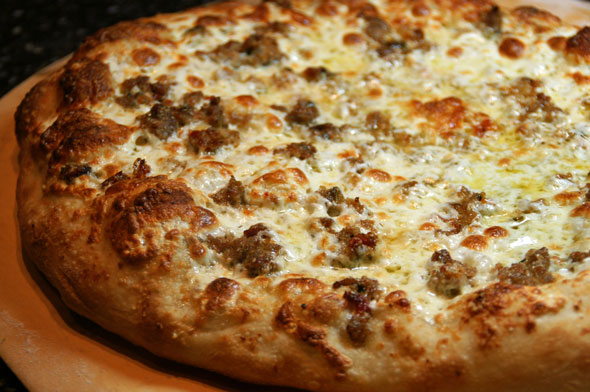 The crust was smeared with garlic and olive oil. Then I topped the dough with (only 3 ounces of) shredded mozzarella and crumbled up a few of those yummy lamb meatballs from the other night.

What could be better? 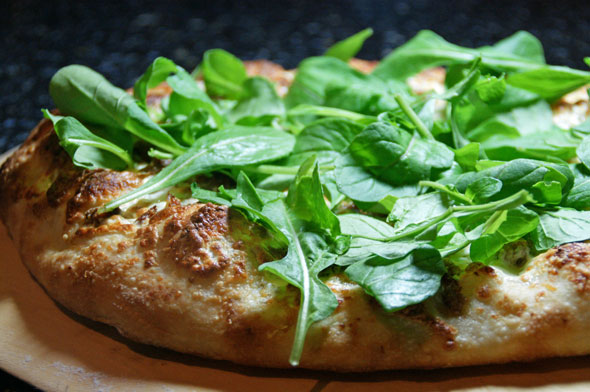 Everything is better with arugula.

Until my next update, I remain, your smart correspondent.
« Report from Autzen: 69-0 Portland RV Show: Towables »