We decided at the last minute to drive out to our golf club, Pumpkin Ridge, to watch the Safeway Classic, an event on the LPGA tour. This match is a pretty big deal in the Portland area and this year marks the tournaments 40th anniversary. 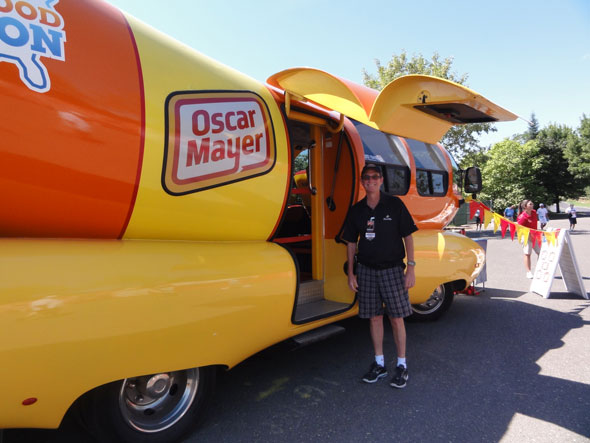 You know you are attending a prestigious event when the Oscar Mayer Wienermobile makes an appearance! I think DT wants to trade-in our motorhome for a Wienermobile.

The temperature hovered in the high 80's all afternoon! I felt so bad for the golfers and I felt bad for my hot sweaty self. Luckily there are a lot of old shade trees on the Ghost Creek Course of Pumpkin Ridge Golf Club. (Pumpkin Ridge has two 18-holes courses. Ghost Creek is open to the public; Witch Hollow is members-only.) 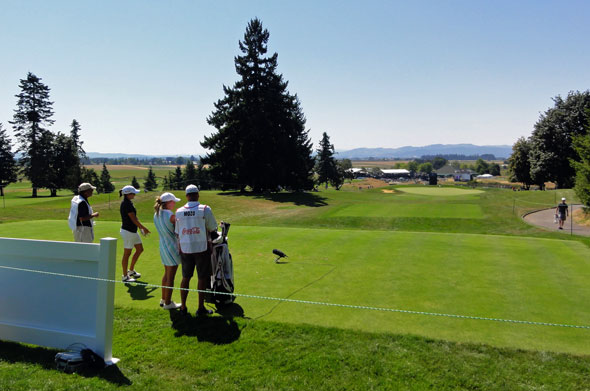 Carter & Mozo prepare to tee-off We DT followed Spaniard Belen Mozo for several holes. Mozo is a gorgeous girl, and is always wearing the latest golf attire. Today she was wearing a dress! Classy. (Even though she went to USC.) Dave and I were scheduled to fly to South Korea this week to attend the World Track & Field Championships. But as soon as we learned we were going to become grandparents around this time, we cancelled our trip*. With all the Korean players currently on the women's tour, there were so many Korean/Korean American fans at Pumpkin Ridge this afternoon, it felt like we were in Seoul. Women's golf has really turned into an international sport - we heard at least eight languages today! 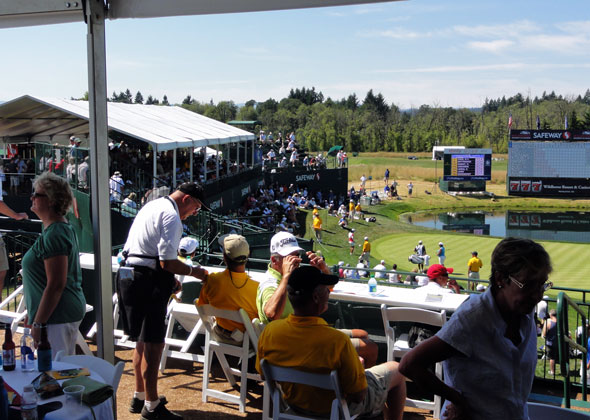 Most of the afternoon was spent walking the course, following a few of the twosomes. But it was SO HOT! Thank goodness we held passes to the Safeway hospitality skybox, which was in the shade and situated around the 18th hole. A great spot to watch the ladies finish-up their rounds and grab a cold beverage. 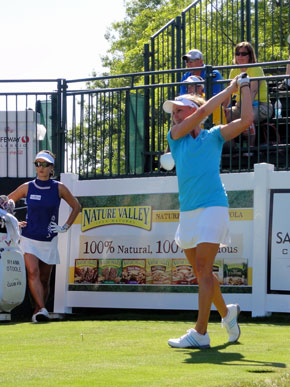 We also followed Ryann O'Toole for a few holes. She had a very good day and finished in 4th place. 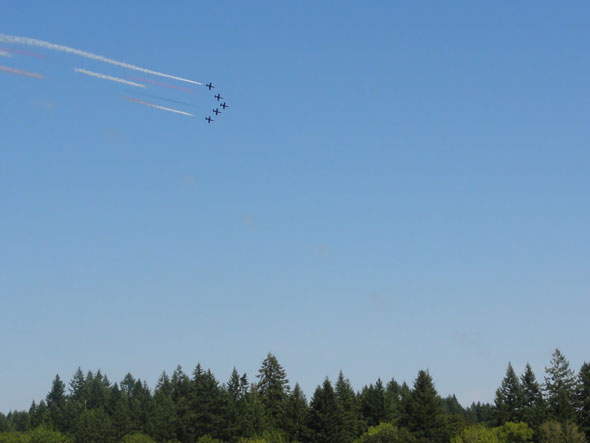 Another big event occurring this weekend in Portland is the Oregon International Air Show. We were able to see many of the planes going through their maneuvers from Pumpkin Ridge Golf Club.

We left the tournament before it concluded and arrived home to watch the finish live on The Golf Channel. It turned out to be a sudden-death play-off! The winner was Norwegian Suzann Petterson - who started this morning 9 strokes behind the leader! Ms. Petterson is currently ranked #2 in the world.

PS: I will post the anchovy vinaigrette recipe tomorrow. I promise.

Until my next update, I remain, your hot & tired correspondent.