Tonight is the penultimate in my week-long "new recipe/new skillet" blog-o-rama. The series finishes-off with an absolutely scrumptious recipe that I would advise for the home kitchen. Too messy for the RV kitchen. (Just my opinion.)

In January, Deb Perelman of Smitten Kitchen prepared Roast Chicken with Dijon Sauce from the March 2008 Gourmet Magazine (that she found while cleaning out a closet). I wasn't willing to risk preparing this splattering recipe in my RV kitchen, but now that we are home (and I have my new skillets), I decided to test the recipe.

The recipe title says "roast", but the chicken is first browned in a skillet and then the skillet is transferred to the oven where the chicken finishes cooking. When cooked through, the chicken is removed to a platter and the Dijon sauce is prepared in the skillet. I urge you to have a look at both versions of the recipe. Deb's notes advise a low-sodium chicken stock and taking careful time to brown the chicken in the skillet. Gourmet says to strain the sauce, but Deb Perelman says to just leave the chunky stuff in the sauce. I am lazy, and we both enjoy the sliced shallots and crispy stuff that would be found at the bottom of skillet used for browning the chicken... so I did not strain the sauce. 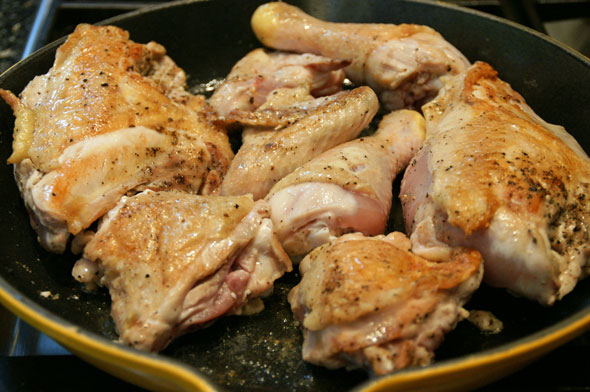 cast-iron-enameled-made-by-French-People-in-France skillet. If that whole Rapture thing goes down tomorrow, I am going to be royally pissed upset.

My skillets came with a LIFETIME guarantee. 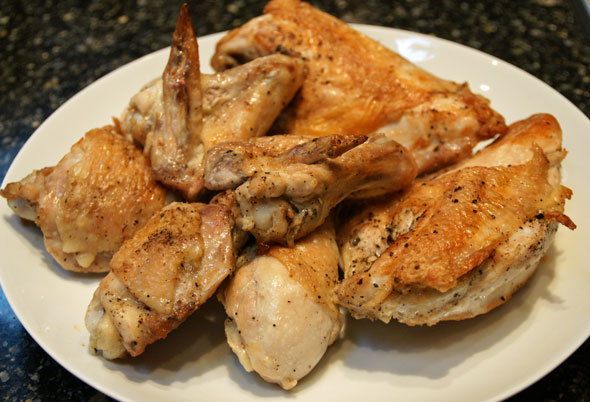 The chicken finished roasting in the oven and then was tented with foil while I prepared the Dijon sauce. 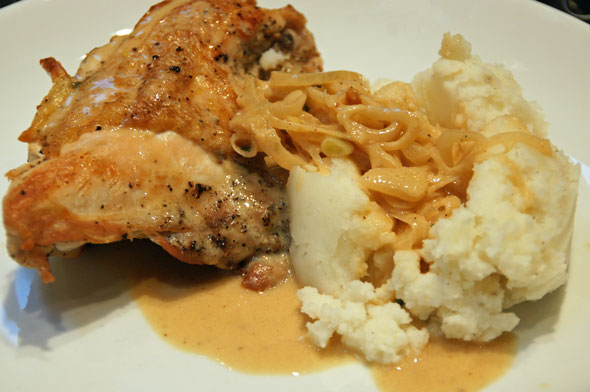 I served the bird with smashed taters. Simply a lovely dinner. The meal was served with a tomato and avocado salad and a very nice Tavola Pinot Noir from our neighbors - Ponzi Vineyard. Actually, the chicken, potatoes and shallots were all grown within a few miles of our house!

I did not stray far from the recipe... except that it called for 3/4 cup white wine and 3/4 cup chicken stock and my organic low-sodium chicken stock (made at the bottom of our hill) comes in one cup portions, so I used the entire cup and used 1/2 cup white wine - more wine for me to drink.

Adding Dijon to this sauce lends not only a nice kick but also body and richness—without resorting to lots of cream and butter (a shocking idea in an issue that sings the praises of French food, we know).

Preheat oven to 450F with rack in middle.

Pat chicken dry and sprinkle with 1 1/4 teaspoons salt and 1/2 teaspoon pepper. Heat oil in an ovenproof 12-inch heavy skillet over medium-high heat until it shimmers. Working in 2 batches, brown chicken, skin side down first and turning once, about 5 minutes per batch.

Return all chicken, skin side up, to skillet and roast in oven until just cooked through, 15 to 20 minutes.

Transfer chicken to a platter, then add shallots, wine, and broth to pan juices in skillet and boil, scraping up any brown bits, until reduced by half, 2 to 3 minutes. Add cream and boil until slightly thickened, about 1 minute.

Strain sauce through a sieve into a bowl. Whisk in mustard, chives, and salt and pepper to taste. 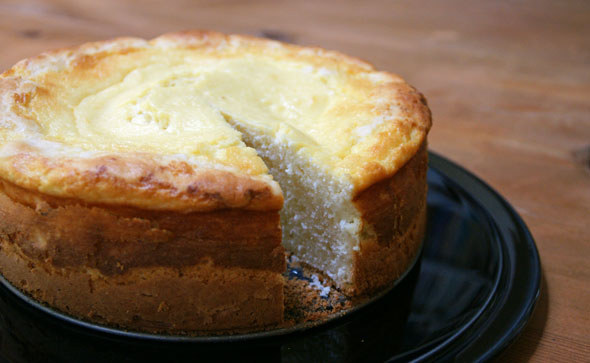 Oh. And I may have baked my ricotta cake this morning. Let's face it, Dear Reader - cabin fever is setting in. Hard. After five months on the road, this chest cold had turned me into a coughing, sneezing, extremely bored agoraphobic.

Look what has happened to me: 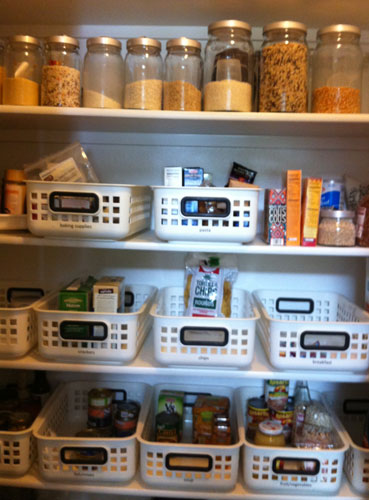 What normal/sane person has a pantry this organized?

This concludes my week of recipes. I hope you enjoyed the posts and I hope you try at least one of the new recipes in your own kitchen - and let me know what you think.

Until my next update, I remain, your "we are heading out in the RV Wednesday" correspondent.