I accomplished very little today. Since I am suffering heavily from who invented this crap? inevitable middle aged/menopausal I can sleep when I'm dead sleeping disorder and seem to get require only 4 hours of sleep a night, you would think I would be checking-off lots of thing from my "to do" list. Not today. Today I was trapped at home with workers on our decks, needing access here and there all day.

DT went golfing - leaving me to rule the roost.

Dave is a very smart man and I am a very good roost-ruler. 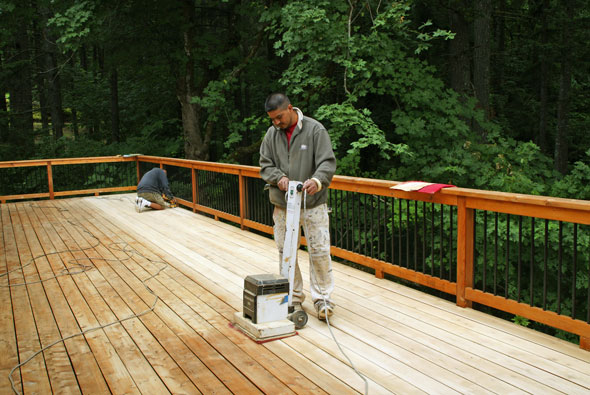 By eight o'clock this morning Juan Luis and Mario were sanding our deck. The entire house vibrated for hours and hours and hours. The noise! Reese was freaking-out due to use of the power tools. (Reese will virtually KILL a gas yard blower.) Barking occurred. I may have taken an entire bottle of Advil because I didn't think noon was an appropriate time for a martini. 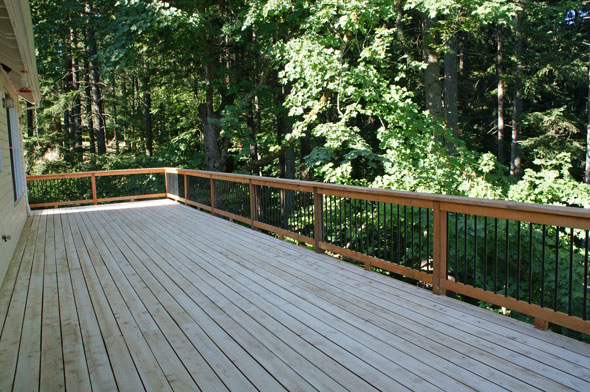 Late in the afternoon, the two men had finished sanding the entire deck, walkways and railings. 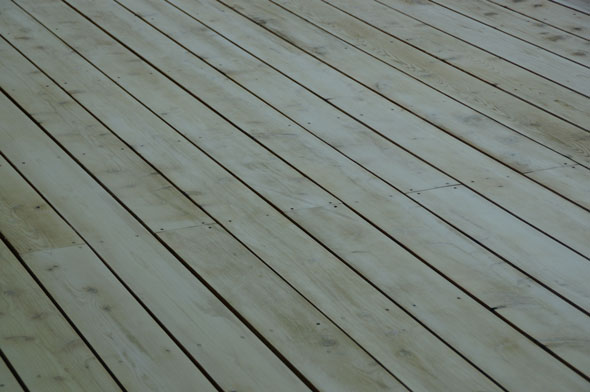 I assumed they would go home and stain the deck on Monday. 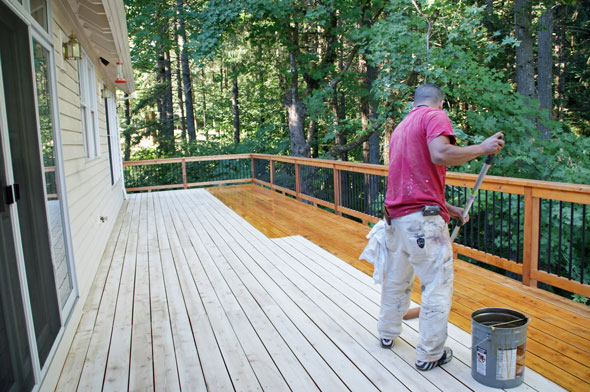 Apparently there is this thing called "time and a half". Better to stay late and finish the task than have to return Monday morning. Jose Luis and Mario worked all day, with only a short break for lunch!

Not that Jose Luis didn't want to leave at 5 o'clock. He had a babysitter arranged for the evening and had plans to go dancing with his wife. (If you can believe this, Jose Luis has two children - aged one and two - who were both born on January 1st, one year apart. What are the odds of this?) 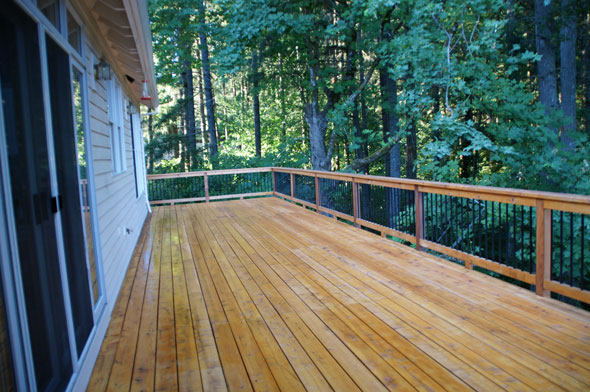 In the end, the guys stayed until nine o'clock to finish our deck. It looks beautiful and since we are expecting temperatures into the 90's tomorrow, everything should dry perfectly and we should once-again have a beautiful and protected deck.

Which is completely meaningless to us as we are leaving next week for a month in our bus. Maybe our house sitter will enjoy the beautiful expanse?

So, at nine o'clock this evening you could have seen DT grilling a way-past-Shabbat steak on the grill in the driveway (since we can't use our deck for several days). I roasted potatoes in the oven for fifteen minutes and then added French Breakfast Radishes, heirloom cherry tomatoes and green beans, tossed in olive oil, to roast for another fifteen minutes. 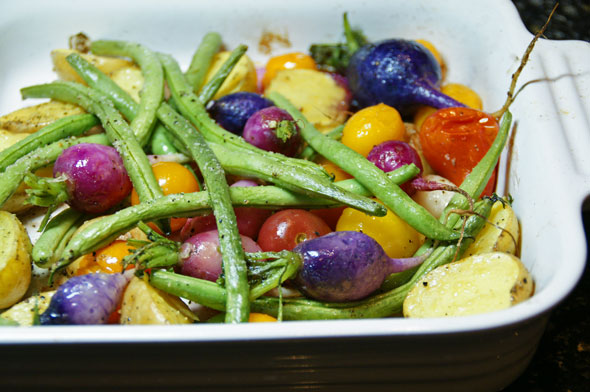 It was a very good, though very late supper. We split a steak (topped with tarragon butter), but it was so late and we were both tired and couldn't even finish our meal.

I can't even begin to imagine how tired Jose Luis and Mario were. 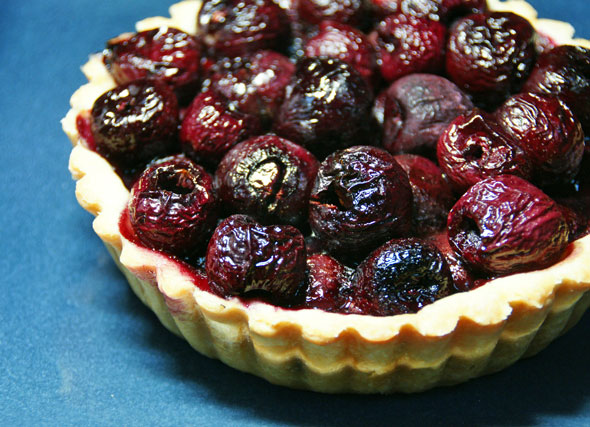 Until my next update, I remain, your refinished correspondent.
« Here we go again Eight things »