Indio, California: I won't report on the weather because I am afraid it is just making some of you angry. Let's just say we didn't need our snow shovels again today.

However, I needed a shovel to plow through the stuff I found at the supermarket this afternoon: 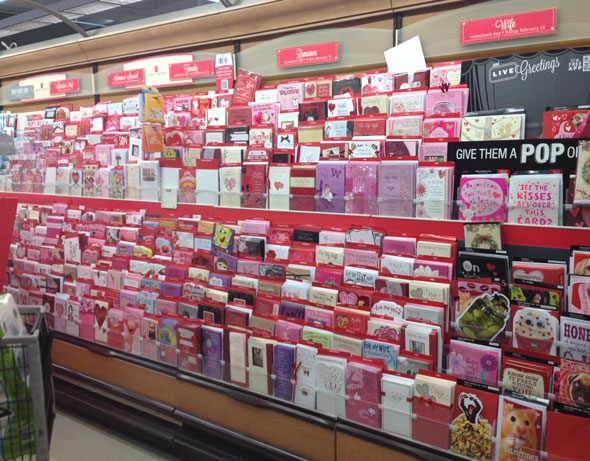 Pretty much sure Valentines Day is still February 14th. I thought this display ridiculous... until I came upon this number: 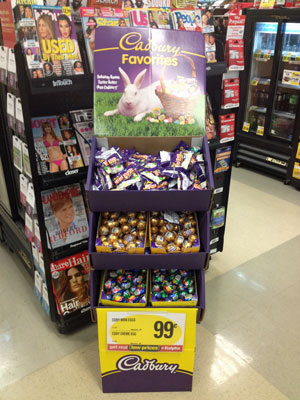 Dinner tonight - while watching the Chip Kelly's lose to the Saints - was a great combination of grilled lamb chops (marinated in garlic and rosemary), Leeks Vinaigrette (from Molly Wizenberg) and a sweet potato I bought to cook for Leo - but never did - peeled, cubed, and tossed with a tablespoon of butter melted with a tablespoon of maple syrup... and roasted for 45 minutes at 400°. 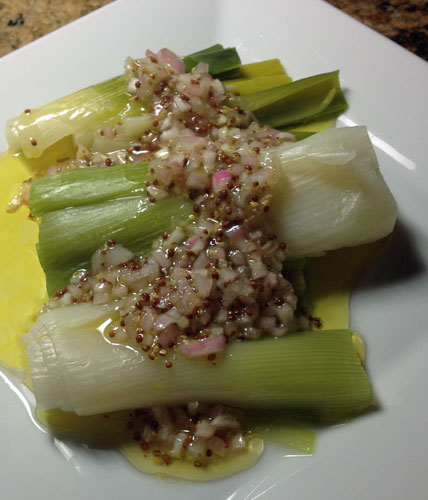 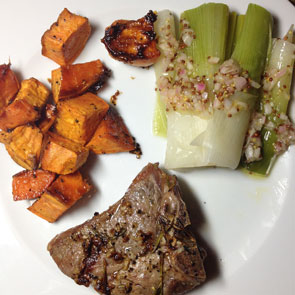 Until my next update, I remain, your behind-the-times correspondent.