Rome, Italy: Today was devoted to visiting Rome food emporiums, and a day to ride the subway (though we still walked over 10,000 steps, don't worry). My friend, Rita, sent a link to an article in yesterday's New York Times about how the Piazza Vittorio Market near the train station in Rome has slowly evolved into an international food market. We had visited the Trionfale Market (near the Vatican and Pizzarium) yesterday and we both noticed there were only a few native Italian food vendors; most were now owned/operated by immigrants, but most of the food sold at the Trionfale Market would be used to cook traditional Italian foods.

Not so at the Piazza Vittorio Market - about a half mile from our hotel. Even before you enter the door, the smell of exotic spice fills the air and you know you are in for a unique experience in Rome. 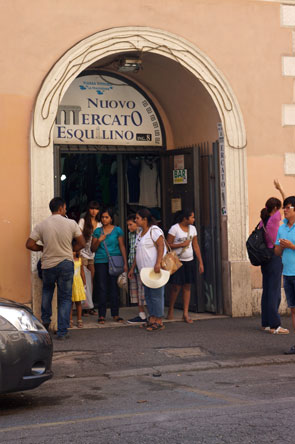 Halal meat shop asked where we were from. When we told him we were from America, he said they were from Egypt and he wondered if we had ever heard of Egypt or Cairo. He was not joking either. He gave me reason to ponder if he encounters Americans who do not know of Egypt? 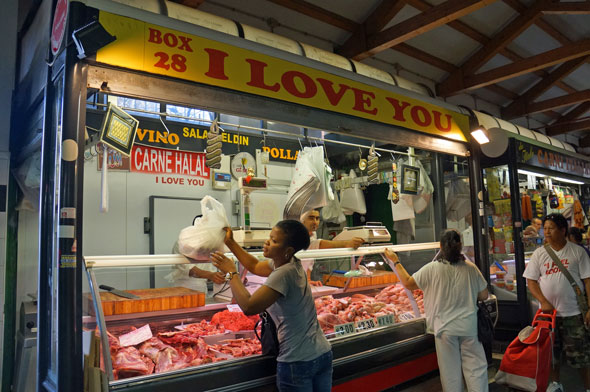 The owner of the "I Love You" Halal butcher was especially friendly
and I just love the name of his company. 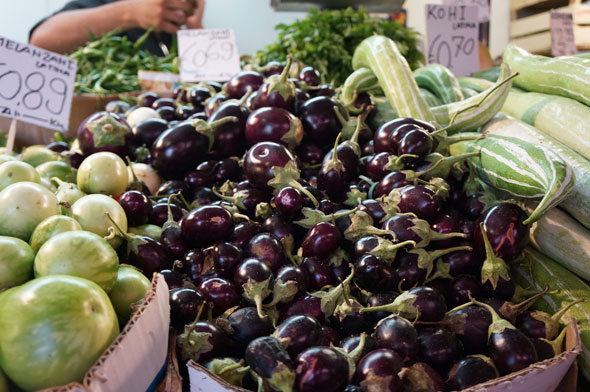 Beautiful produce throughout the market. Plenty of "the usual", but also exotic greens, herbs and tropical fruits used in Asian, Indian and African cooking. 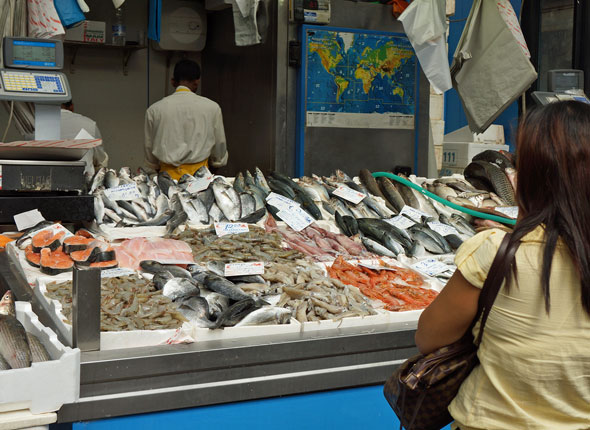 We saw several "still flipping-around" fish. Pork is sold at several butchers in the market,
and the pork butchers sell no other meat - pork only.

We also spoke to a Filipino family selling groceries from The Philippines in a small booth. He said, "Italians aren't having babies, so the immigrants are producing new Italians and working." I saw many nuns shopping in the market and 100% of them were Filipina.

Our next culinary experience was a complete contrast from the international food market. Where the international market is old, "fragrant" and crowded with shoppers and shops, Eataly is new, modern, sleek and pretty-dang fancy. Eataly is a massive food pavilion featuring Italian-only foods, wines, cheeses, meats, olive oils, vinegars, canned goods, pasta, beer, cook books, kitchen equipment, chocolates, sweets, gifts, fruits, vegetables, breads and probably many other things I have failed to mention (or notice today). The facility also holds many restaurants - from easy cafes and wine bars to fancy sit-down restaurants. There is a cooking school on-site. I noticed only two things that were not made in Italy in the market today - cocktail napkins from Germany and Kettle Chips (a Salem, Oregon company) made in the UK. 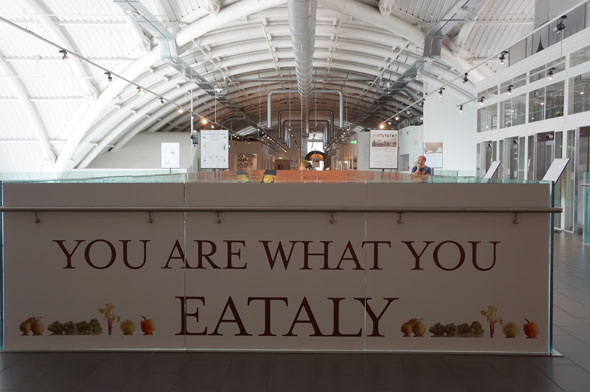 Four floors with food and restaurants 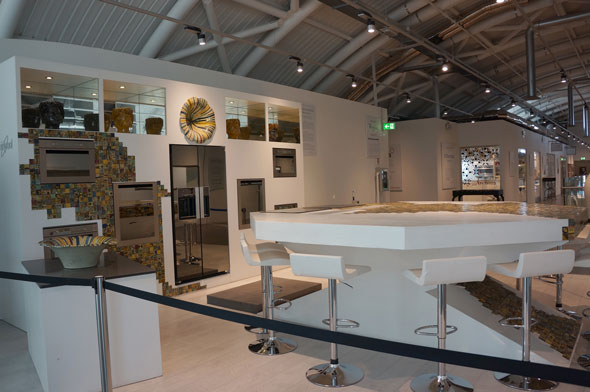 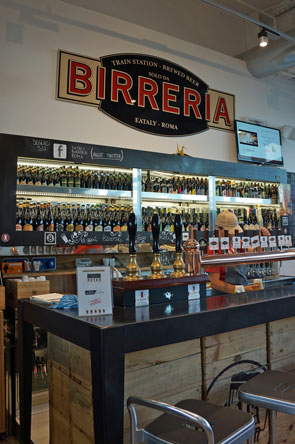 Beer emporium and escalators without steps to accommodate grocery carts 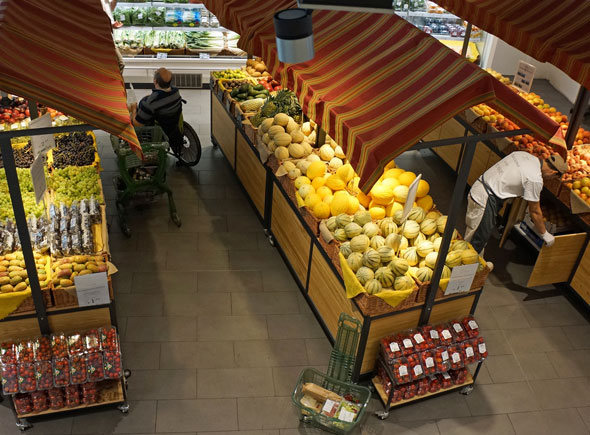 Fruits and Vegetables - some organic selection 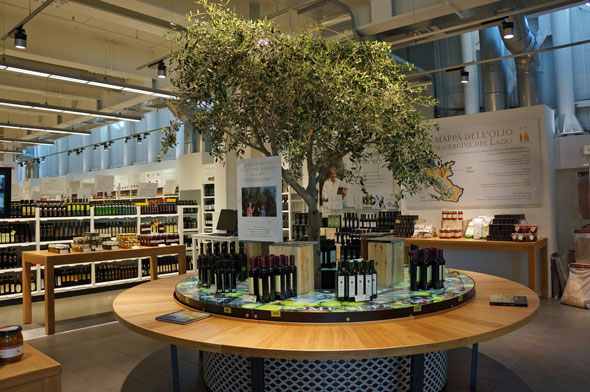 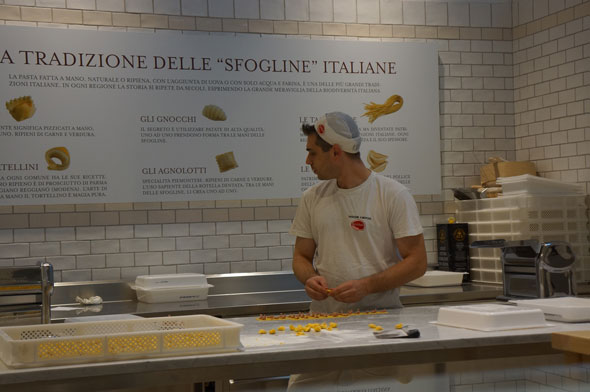 And a huge selection of dried pastas - some of the brands we saw today
are also available in our own New Seasons Market in Portland, Oregon

It was difficult to decide on lunch this afternoon - so many choices. Somehow we choose the Friggitoria - where everything is deep-fried (fritti), as DT saw a platter of deep-fried shrimp, octopus, anchovies, sardines and white fish - and that was it for him. Decided. 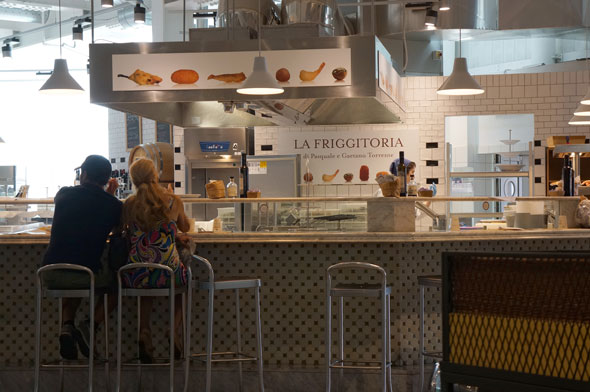 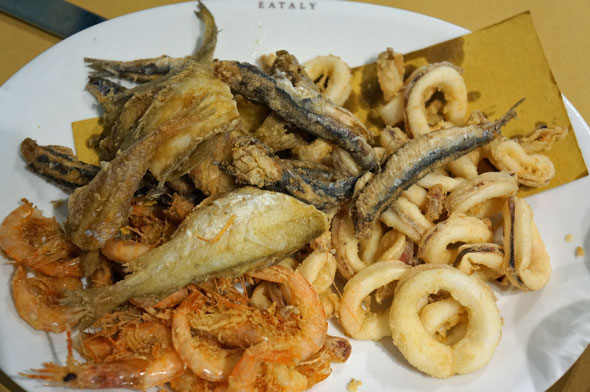 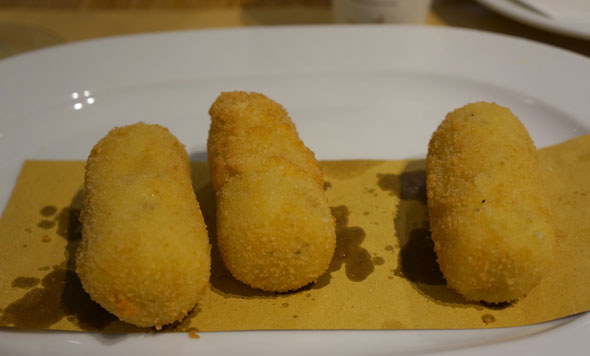 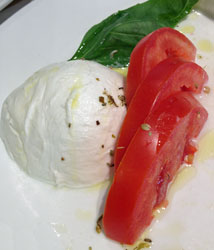 We also had fresh mozzarella (burrata) made by Roberto Battaglia -
the darling of the Italian cheese world. It was the best burrata EVER.

Eataly is ridiculously easy to find as it at the Piramide subway stop - you literally come up the escalator from the subway and are greeted by the building. Though we were here for hours, we didn't purchase a thing except our lunch.

We took the subway back to our hotel after lunch, stopping by another beautiful Roman fountain in the pretty Piazza della Repubblica. 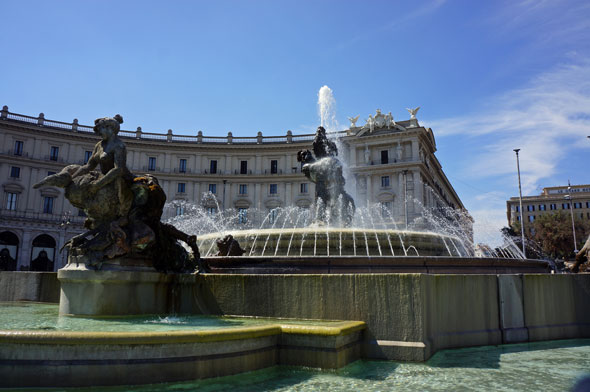 Someone in this family needs a shellfish intervention and it is not me. Dave can't believe the quality of the calamari from the Mediterranean Sea. His risotto tonight included shrimp, calamari, mussels and crayfish. I had seared beef, served over arugula and pecorino... actually something I prepare at home... except it does not cost $40 at home. 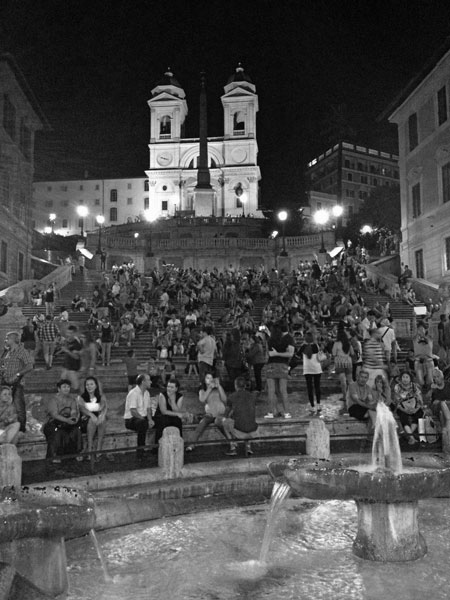 The last time we visited the Spanish Steps, the church was covered in scaffolding. A much prettier view this evening, with the steps filled with young lovers. So romantic.

Romantic for the Young Lovers. We Old Lovers schlepped ourselves back another mile to our hotel. Before collapsing in our bed, we facetimed with our Grandson who wanted me to sing his favorite - Sing a Song of Sixpence. Bubba "snapped off my nose" to the delight of Leo.

No Pinocchio for me. 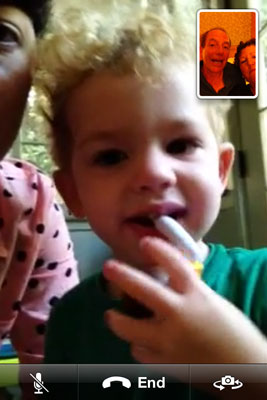 It is so sad we lived too long ago in Asia (before the internet) and would phone our parents once a month at an incredible expense. Can you even imagine? How wonderful it would have been for our parents to video chat with Lisa. How fun it would have been for Lisa to have daily contact with her grandparents, aunts, uncles and cousins. You kids have it so good these days!

Until my next update, I remain, your overfed correspondent.