Play With Your Food

Los Angeles, California: We were up and on the interstate early to spend a few days with Lisa, Lenny and Leo in Los Angeles. My Sister was most anxious to see their new house and to visit the C.B.E. 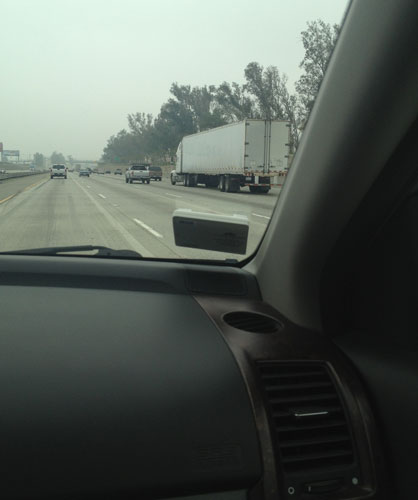 We had applied for a transponder that would allow us to travel in the newly-opened toll lanes... and if your car holds three or more passengers, there is no toll charged! It was amazing - with that little plastic transponder on the front window, we virtually flew past cars sitting on the four right lanes of the I-10 just east of Los Angeles. This is also a tad-bit frightening. DT was constantly fearful of an impatient commuter suddenly deciding to cut-into the toll lanes. 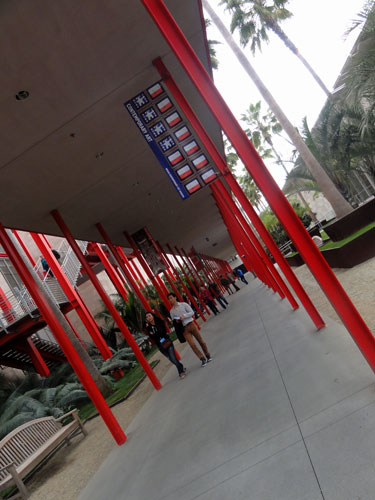 After brunch with Our Family and Leo's nap, we all went to the Los Angeles County Museum of Art (LACMA) so Leo could play in spaghetti. So much fun, there is an exhibit of long "spaghetti" noodles - just plastic tubing -  hanging from above for children (and adults) to play with. 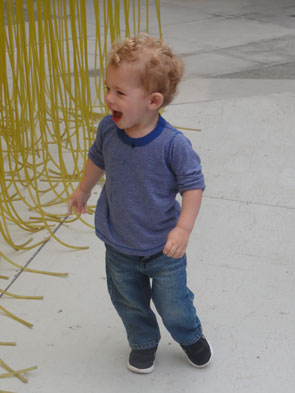 Little Leo thought playing in dangling spaghetti was just the best thing ever. He laughed and laughed. He wrapped himself up in the tubing and used them as whips. I have no idea how anyone thought of this - but I thank them very much for so delighting Our Grandson.

Another exhibit of interest to children (and anyone who owned Matchbox cars as a child) was the Metropolis II kinetic configuration, which uses thousands of toy cars traveling through a tightly designed "city" of roadways and buildings. The speed is dizzying, the noise impressive and the entire concept mind-blowing. 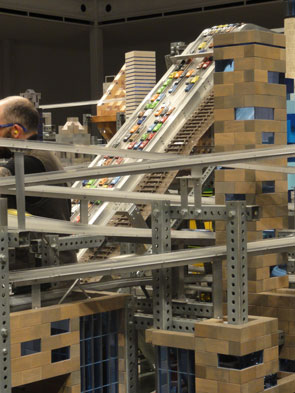 The cars are pulled-up to the top of three large ramps and then cascade down to the bottom. If you are in Los Angeles, check this out. Adult admission to the museum is only $15.

Before heading home, Lisa and Lenny chased Leo around an exhibit of restored antique
street lamps. 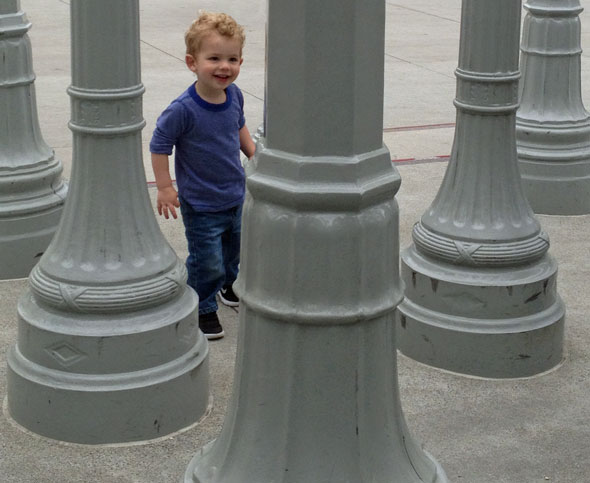 What is art to someone is not necessarily art to the next someone... but still, a very enjoyable afternoon with Leo. Little Dude was so exhausted he went to bed early and a babysitter came by so the adults could go out to dinner.

Until my next update, I remain, your artsy correspondent.
« Hipster Heaven Why? »