Los Angeles, California:  I write this column late in the evening, quite exhausted. We helped the kids pack/move belongings all day, in preparation for the actual movers who are coming tomorrow. (Who knew you could move on a Sunday?) Lisa & Lenny have had possession of the new house for several weeks. Lisa had a few rooms painted and added many "baby proofing" features.

Early in the afternoon, Kathy & Woody just happened to be driving through Los Angeles (on their way back to Oregon), so they stopped-in for a few minutes to see Lisa & Lenn's new house Leo. 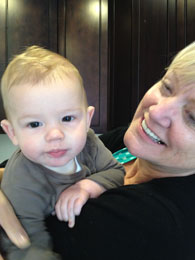 Little Dude was not cooperating for the photo shoot. Always in motion. 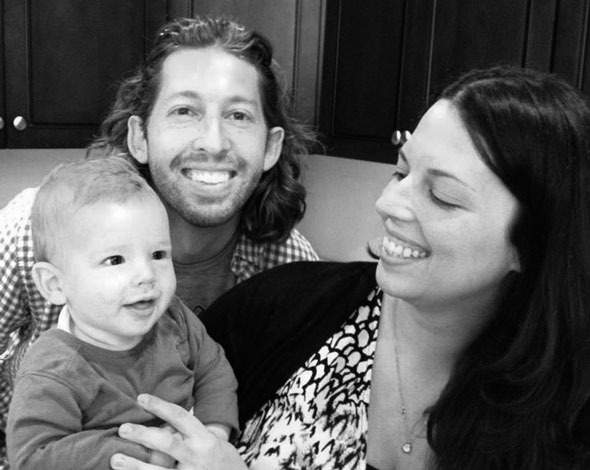 Kathy managed to snap this cute photo of the family with her iPhone! Remember Lenny? Remember our Beautiful Daughter? Seems all the photos on this website are of Leo these days! Leo will be 8 months old Monday.

DT and I managed to bring nearly everything from the "old" kitchen to the "new" kitchen. The new kitchen is approximately 4-times the size of the old, and we managed to fill nearly every cabinet. Lisa likes for me to organize her kitchen, but this was too big a job for one woman. Lisa and DT did most of the work while I held Leo and made "suggestions".

I am so much help!

In the afternoon, Lisa had to attend a work thing and Lenny had a work thing, so we were left in-charge of the baby for two hours. DT continued packing and I fed Leo a bottle... except he really doesn't need my help. 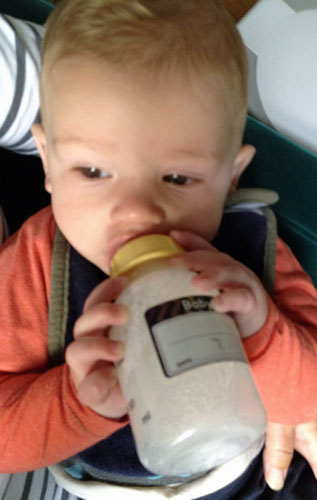 The Little Guy can chow-down! Leo took a nap and then we were able to spend a little time playing with the Cutest Baby Ever until his parents returned and made us get back to packing boxes.

Later, we all took one last trip with loaded cars to the new house. The kitchen is pretty-much organized. In the morning, we will move the contents of the fridge and the kids will sleep in their new home for the first time tomorrow. 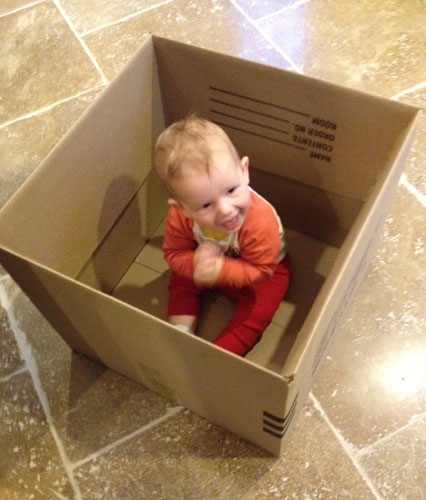 Who needs a play pen?

Back at the old house, Lisa ordered Chinese food to be delivered, we found a few plastic forks and enjoyed a well-earned meal. We were starving! During dinner, it started raining!

Until my next update, I remain, your unpacked correspondent.
« It’s Come to This No Fooling… Moving is Difficult »