Our friends/relatives gathered in front of our hotel this morning. There was a bit of transferring this and that (food and beer) between cars and then everyone headed off to Pasadena. 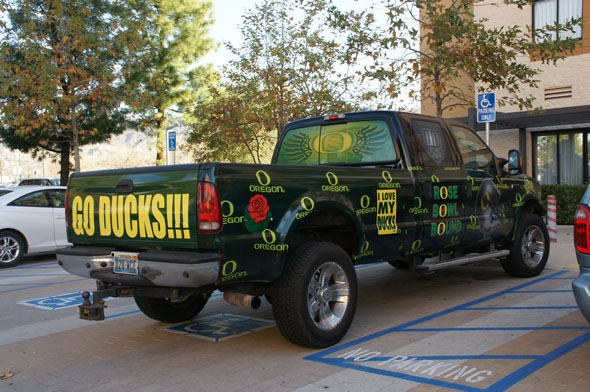 This awesome truck was parked in front of the hotel this morning (and no, before I get emails, the valet parked the truck in a handicapped space for a few convenient minutes). 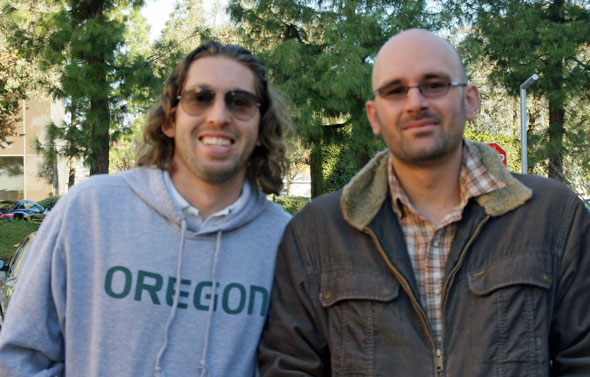 Lenny invited his brother-in-law, Tyson, to join us at the Rose Bowl today. 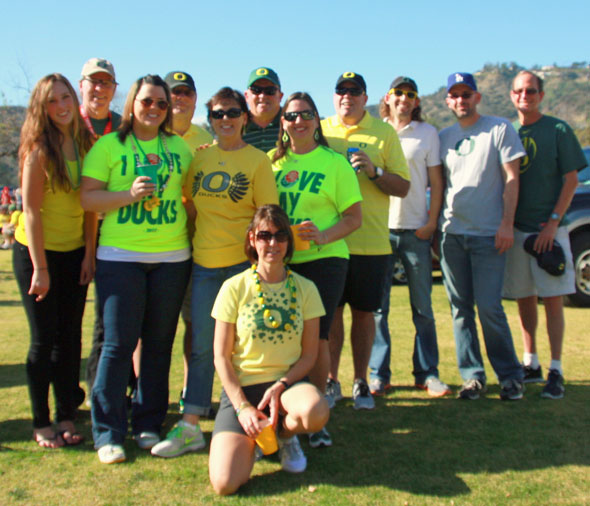 Hmmm... notice anyone missing? Me? Woody? Kathy? We were not at the game. Why? We were banned. Banished outside the city limits of Pasadena. Every time Woody, Kathy and I attend a Duck bowl game, the Ducks lose. So we were kindly requested to be elsewhere this afternoon. Kathy & Woody stayed in Oregon. I was forced to remain in Los Angeles with this guy: 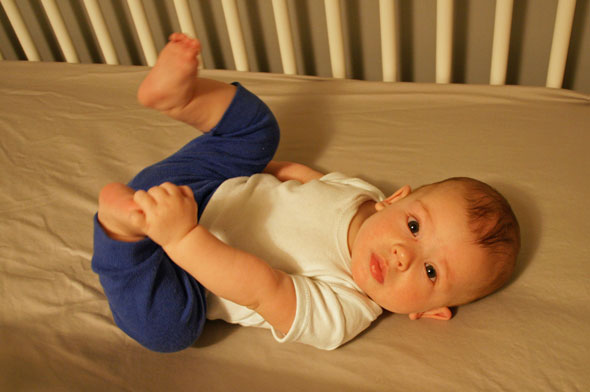 What I won't sacrifice so My Ducks can finally win a bowl game.

And, dang, if their evil plan didn't work. The Ducks beat Wisconsin in a very good (and very close) game, 45-38. 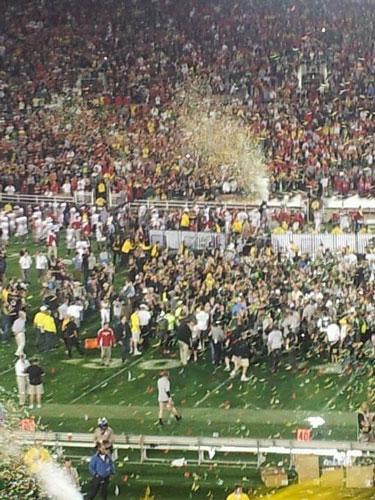 I remember all too well - two years ago - when all this confetti was red after Ohio State beat us in the Rose Bowl. 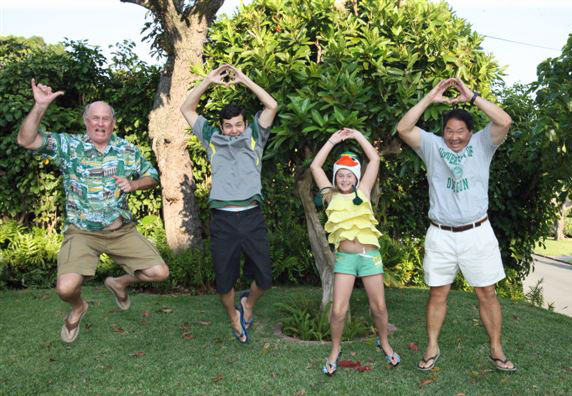 Everyone was in on the victory! Two of DT's college roommates had gathered together in Honolulu with their families to watch the game and sent this photo. I love this shot! GO DUCKS! 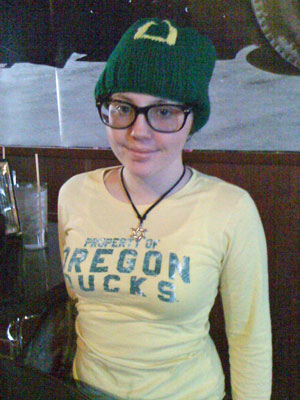 My brother and his family were watching the game in Denver. They sent a photo of our niece, Delaney, ready for the game. (My Mom knit that cap!) 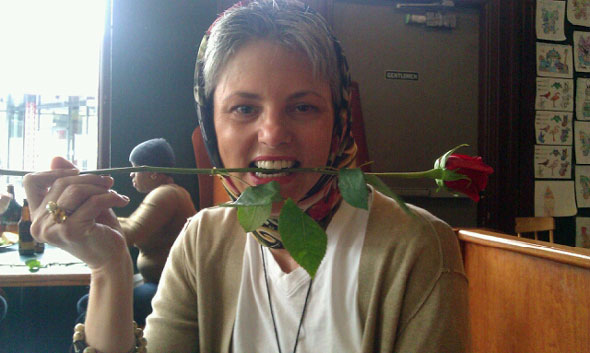 Our niece, Carla, sent a photo of her Mom (my sister, Renee) in the Rose Bowl mood in Portland, Oregon.

Meanwhile, back at the ranch... Lisa and I watched the game, friends stopped by, chicken wings were consumed and Lisa worked on craft projects while I played and carried Baby Leo around until my left arm is probably going to fall off later tonight and I don't think I will care.

My arm is that sore. 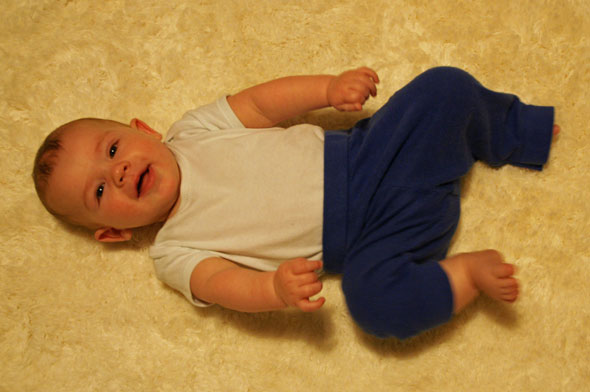 But Leo is worth any aches and pains. (Plus he pinched me three times and bit down on my finger so hard I actually cried out, Chaaaalie, that hurts!)

By the way - today Leo is officially 5 months old! 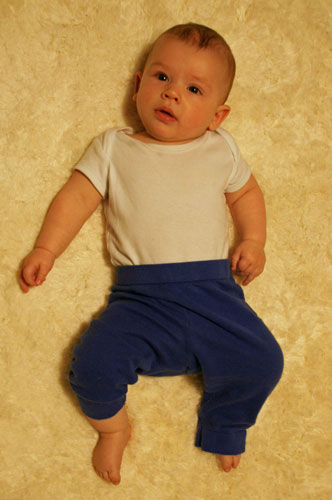 Okay. I promise this is the last photo of Leo I will post today.

After the game, Dave and Lenny returned to us and Lisa made pizza for our dinner. DT had lost his voice, but DT was SO HAPPY. They were exhausted. What a wonderful day for Duck fans everywhere!

Did I mention the Oregon Ducks won the Rose Bowl?