Portland, Oregon:  Our skies have cleared quite a bit and only a hint of smoky-smell lingers in the air. The fire, however, still burns. Slowing in the growing, the acreage covered remains around 33,000 acres and is still the #1 priority forest fire in the nation. The temperature has dropped considerably, humidity is up and we pray Mother Nature (though obviously busy elsewhere!) will give us a little rain. She needs help with her precipitation priorities.

I often make a bowl of Asian-style noodles for lunch. It's just a matter of boiling noodles and heating broth. Ten minutes. Today I used veggie broth and let it simmer with a few slices of ginger, a splash of soy sauce and a drizzle of sesame oil while the noodles cooked. I filled the bottom of soup bowls with greens (baby kale today), topped the veggies with the hot strained noodles and strained the broth over the noodles. Cilantro garnish. 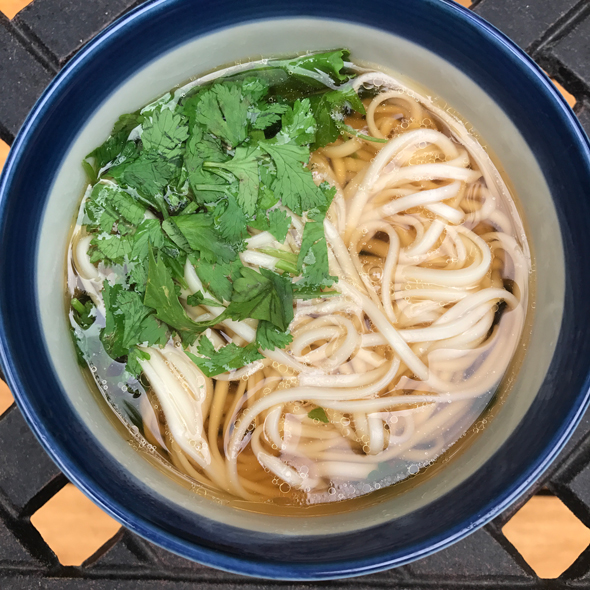 It's like the 10-for-a-dollar ramen I ate in college, except without 1000mg of salt! This "recipe" can be switched-up in any way - using a richer stock, adding a bit of miso paste or Thai curry paste, a splash of Sriracha or other chili sauce or paste, diced fresh chiles, or use fresh spinach, basil, bok choy or snow peas. Endless possibilities, endless varieties of noodles as well. Filling and budget-friendly. If you live somewhere without a decent Asian market, spaghetti pasta is an awesome substitute.

Since the noodle soup was a last-minute lunch decision, it was later decided to be a poor one since I had my Mushroom Fettuccini on the dinner menu. Oh well. Carbs, carbs, carbs!

Lenny flew up to Portland tonight to spend the weekend with us. And by us, I mean Dave. Their Father-Son (in-law) bonding weekend. They will attend the Oregon v Nebraska game in Eugene tomorrow, then watch Lenny's team from DC play football at a sports bar Sunday. Lenny's flight was delayed and he didn't get to us until after 9p, so we had a very late dinner. 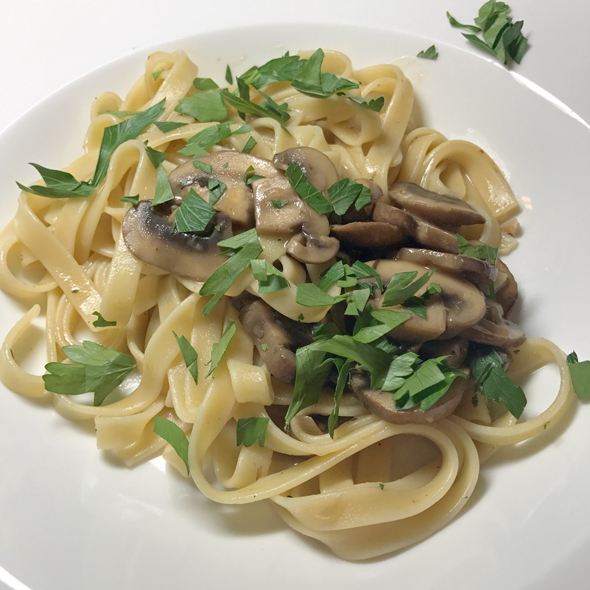 My Mushroom Fettuccini recipe is easily made vegan by simple leaving off the sprinkle of cheese garnish and using a veggie stock instead of chicken stock. (NOTE: next time I will use mushroom stock.) I did add a bit of creamy texture by stirring-in a knob of "butter" at the end... which this month means of Earth Balance Vegan Buttery Sticks. I think adding the silky textured "butter" was a good idea and we didn't miss the parmesan. Much. 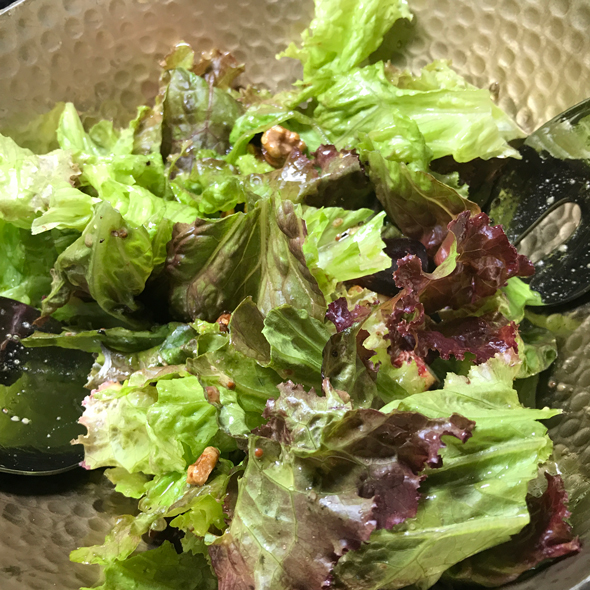 I also served a salad made with red leaf lettuce, sliced figs and toasted walnuts in a mustardy vinaigrette... and individual blueberry tarts, prepared with a purchased vegan pie crust.

Lenny, ever polite, thanked me three times for dinner.

Until my next update, I remain, your carbalicious correspondent.