Newport, Oregon: Everyone had to go back to the Real World Sunday morning. Everyone except us. There is nothing worse in the entire Great State of Oregon than traffic from the beach to Portland on a Sunday afternoon in summer. Especially if the temperatures in the city are 95°. Huge crowds flee to the much-cooler beach to escape the city heat. 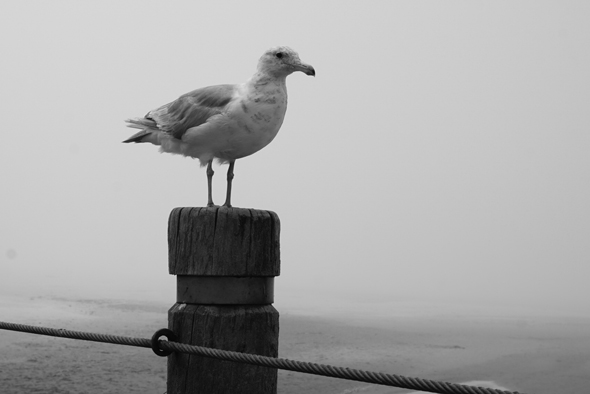 A cool and foggy morning in Newport 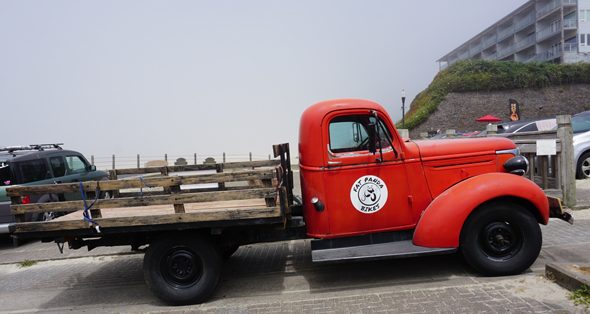 We had lunch with Renee and Carla and a little walk around the Nye Beach neighborhood of Newport before saying our goodbyes. They headed back to Portland... along with thousands of others. 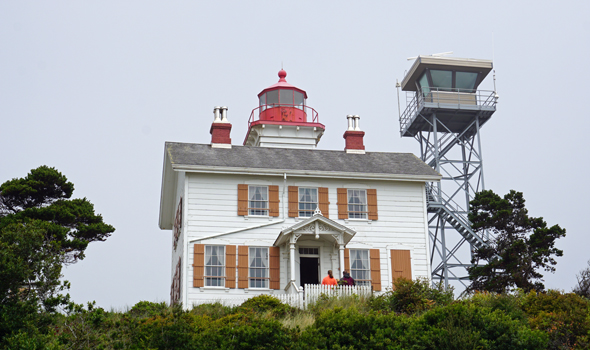 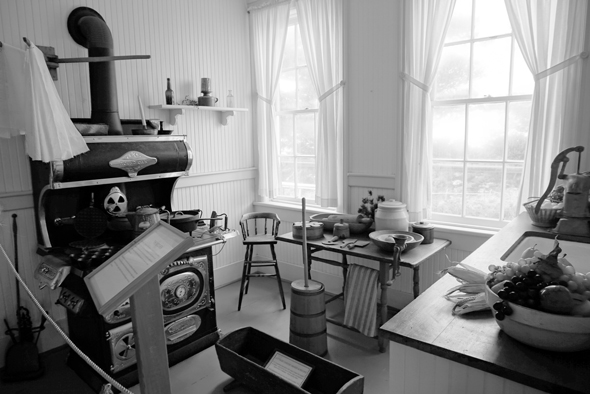 Kitchen in living quarters of the Yaquina Bay Lighthouse 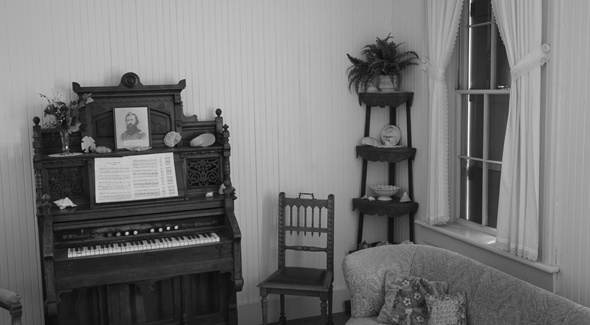 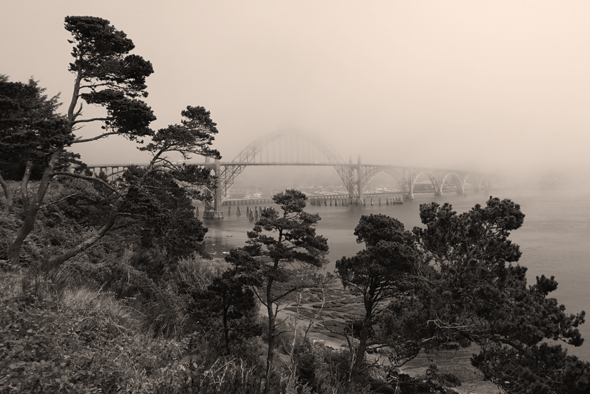 The sun appeared to be shining down on the docks, so we drove into the old historic port area of Newport (where we were yesterday looking for salmon to purchase). Our rears were parked on a nice bench overlooking the fishing boats. We just enjoyed the warm sun, fresh air, interesting peoplewatching, and amused ourselves by observing gulls splashing/bathing in the shallow pools created by the low tide. 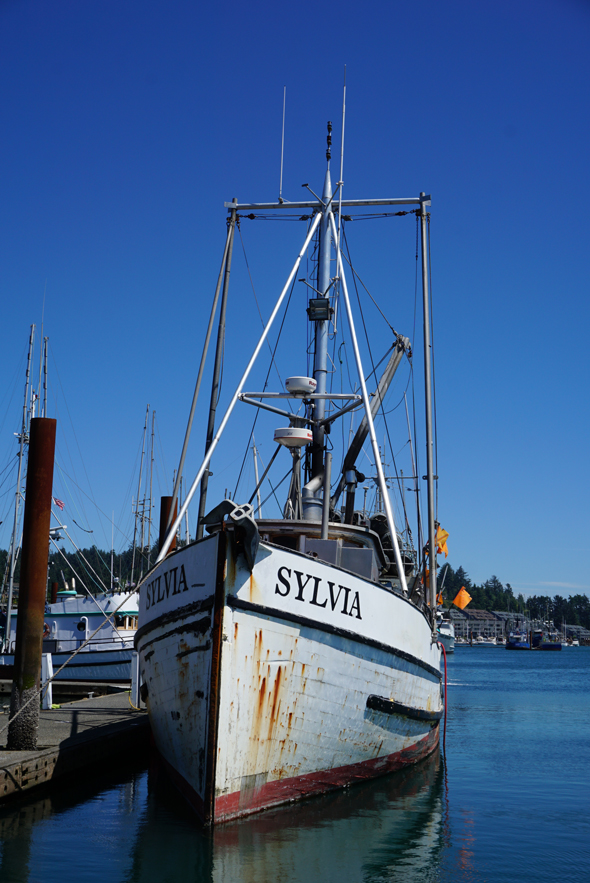 The difference in temperature from the beach to 1/2 mile inland was incredible, but we decided to end our lazy afternoon and drove back to foggy Nye Beach and checked into the Inn at Nye Beach. 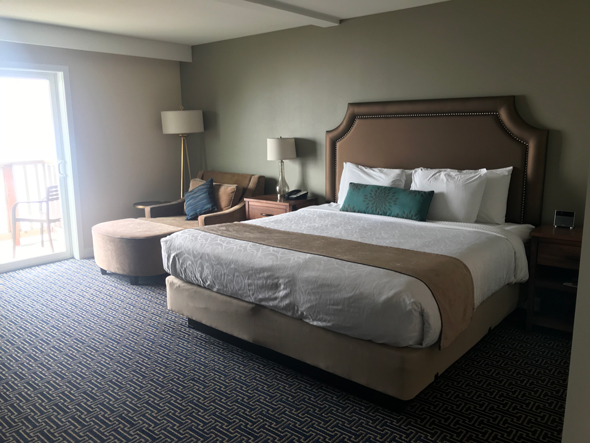 Our room was very nice and very large. We had a little balcony with a view to the ocean. The bathroom was huge and gorgeous, with a massive rain-head shower and a separate soaking tub. However, this very fancy and very expensive hotel room did not have a dresser. Not even a drawer, except the little one in the nightstand. Very odd. How did one unpack? Does the staff not notice people's suitcases opened-up on the floor? So inconvenient and tacky. The closet was smaller than a foyer coat closet. Six hangers. More complaints? One chair. One of us had to sit on the bed, or move the desk chair. One more complaint? We were roused one morning by someone knocking on our door... except they were not knocking on our door, but the door of the room ABOVE. No sound-proofing. At all. No in-room safe either, but we did have a mini-fridge. Wait, one more strange thing: they have little bags of (free) ice in the lobby, but there is not an ice bucket in the entire hotel. We had to set the bag of ice in the bathroom sink! Classy.

For dinner, we walked one block to the new Taphouse at Nye Creek. It seems a taphouse is a place that does not brew their own beers, but sells a selection of other beers... on tap, obviously. 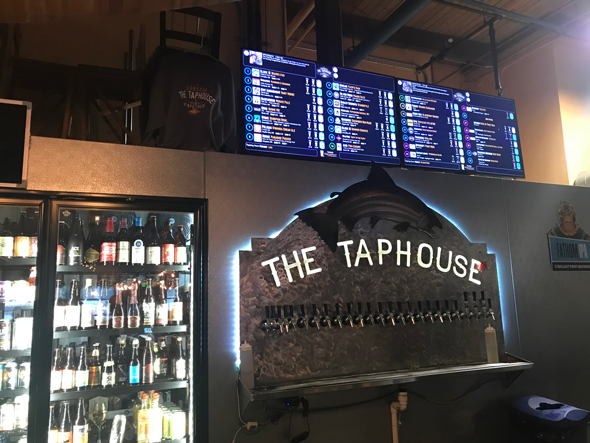 The reader-board above the row of taps is the list of beers available. No one goes thirsty here (plus, they have a wine list and a full bar). We weren't too hungry after our lunch with Renee and Carla, but shared a super-yummy bowl of mac & cheese made with four different Tillamook cheeses. 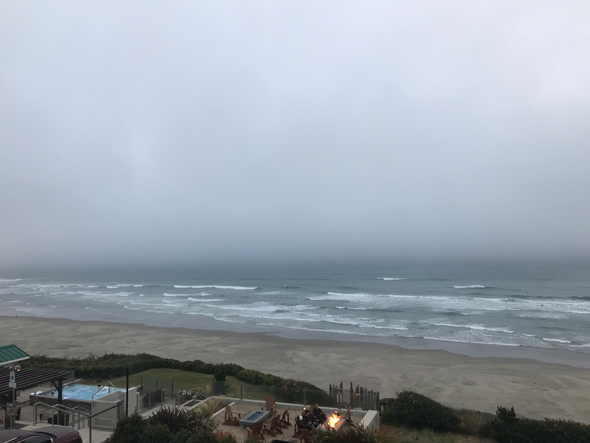 The above photo was taken at 8:45p Sunday evening from our hotel balcony. Note the infinity hot tub and two fire pits. The hotel will supply guests with fixins' for s'mores. There is also a walk-way with direct beach access from the fire pit area. (All beaches are public in Oregon. All 363 miles.)