No Tricks; Only Treats

TrackTown USA:  We had a fairly busy weekend. Most everything had been moved to the motorhome (we only took two trips!), but there were still chores to do around the house to prepare for a long absence. Our live-in housesitter is now in charge of The Manor.

Dave did not go to the Duck v Arizona State football game in Eugene this weekend. He stayed home, we watched the game on television and I prepared an awesome tailgate party for two: 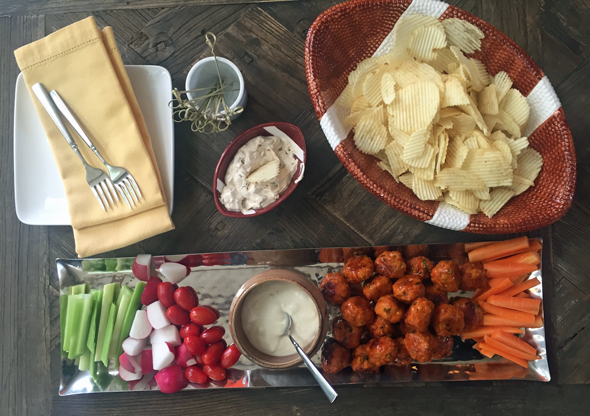 Onion Dip (homage to Lenny) and Buffalo Chicken Meatballs - they are like Buffalo Wings without all the mess, fat and sticky fingers.

We stayed in Oregon to celebrate Cole's 1st birthday... but when we look across the road to this view, we know it is time to point the Magna Peregrinus south: 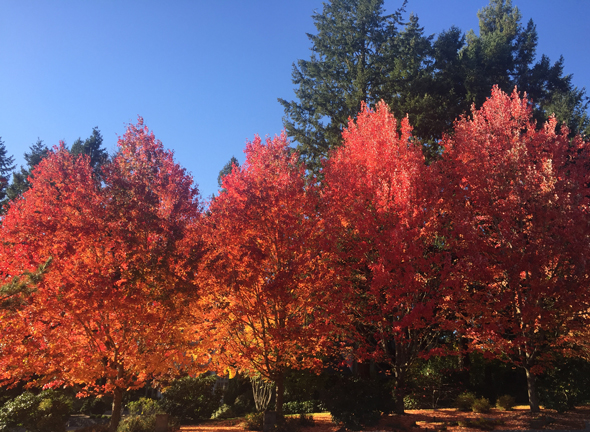 The weather turned nasty overnight Sunday. Poured rain. So windy. October 2016 is now officially the 3rd wettest October ever in Portland. And that, Dear Reader, is saying sumptin. Nearly 8 inches of the wet stuff. Another reason to go to the desert. 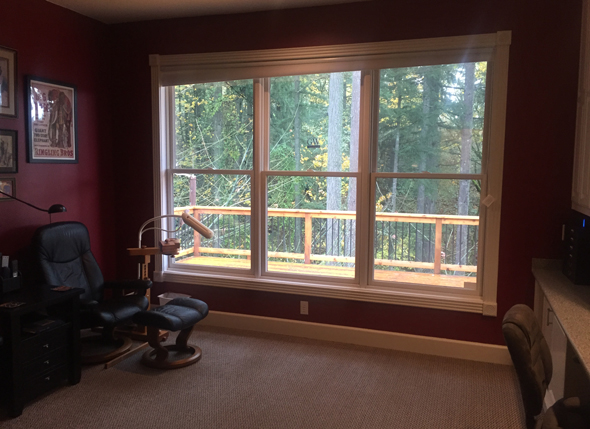 Not to mention, my office-slash-den-slash-needlepoint room is never ever ever ever this tidy. If I leave now, maybe it will remain neat?

So, as of 10a today, we are Officially On the Road Again! The rain actually gave us a little break, so DT did not have to hitch-up the Jeep in a downpour. I was able to put the Jeep through the towing procedure on the first try. We headed south on I-5. First stop: Eugene for a few days of repairs, tweaks and maintenance. We make this our first stop every year. It is a good idea to take care of your motorhome... which in reality is a house that drives down the road. Take all your home repairs and maintenance; add your auto repairs and maintenance. This equals a motorhome.

Our tech, Brian Van De Walker, met us at Premier RV Services in Junction City. We went over our list of needs and Brian told us to come back in three hours. Three hours is a very long time to spend in Junction City, Oregon. We had lunch at a so-so local cafe, then took a drive in the country towards Veneta and the Fern Ridge Reservoir. It didn't rain too much and the fall colors were so pretty.

At four o'clock, we returned to find our motorhome nearly ready. Yeah! Brian had installed a new satellite receiver box (our old one, though only a year old, had some issues and we were sent a new one from DirecTV at no cost). Brian installed a new head lamp. The leak(s) in our always-disappearing-Freon dash air conditioning situation were located and repaired. New Freon was added. (Sounds silly on a cold day in October in Oregon, but in a week we will be in the desert and wanting the dash air.) 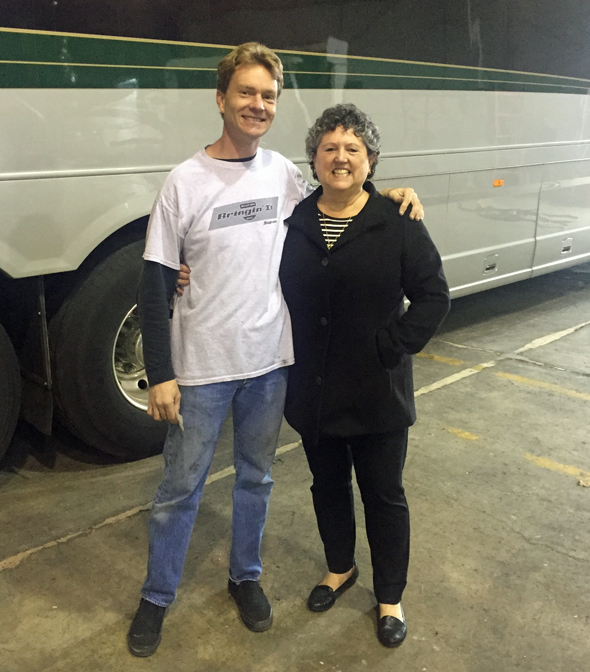 Yes, Motorcoach Country Clubbers, Brian is real! He just tries to stay in Oregon as much as possible to be with his family instead of spending the winters in Palm Springs tending to our needy needs. He looks terrific and we were so happy to see him today. (By the way, the garment I am wearing is called a coat. Not my usual attire, eh?)

Poor Brian had to work in our motorhome today while a pot of Salsa Chicken Chili (low-cal and super flavorful) bubbled away in my crockpot. Brian said it smelled so good - torture. It is our tradition to eat chili (of any kind) on Halloween. Something warm to eat on a usually-cold Oregon Halloween, and something that could hold in a slow cooker while we took Lisa trick-or-treating. Obviously those days are long behind us, but we still have chili on Halloween. Tradition is tradition.

Speaking of tricks and treats - look who is a witch for Halloween in Los Angeles: 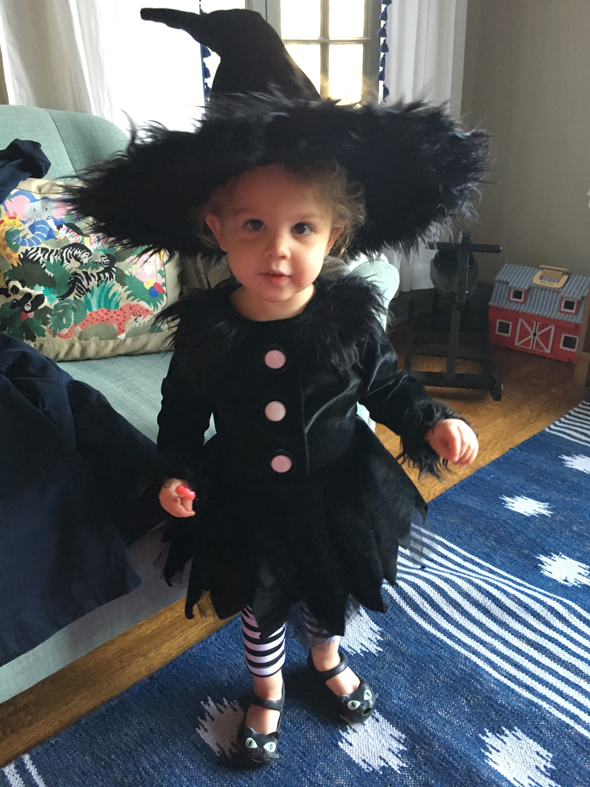 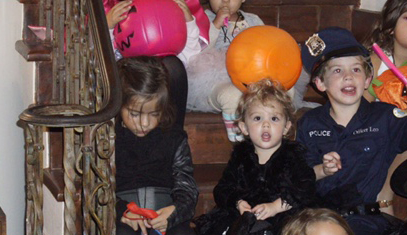 It's just too much cuteness.

Not even one little bit.

Leo was a Police Officer. (Don't y'all feel so much safer with Leo protecting us?) I didn't receive a solo photo of Leo today. He was at school until late (partying with the other kinders?) and came home to find a house filled with his pals and his Mom grilling platters of grilled cheese sandwiches. No chili for toddlers.

Our motorhome has an appointment for her annual lube, oil and filter tomorrow. The excitement never ends!

Until my next update, I remain, your traveling correspondent.

« Cole is One Keeping Busy »