Newport, Oregon: Overnight, Oregon welcomed us home with her most famous product.

No. I am referring to Oregon's other famous product - rain. It poured buckets last night. The noise was so deafening, I was sure it was a full-on hail storm - but I was wrong. The drops were so large and fell so hard, it only sounded like a hail storm.

We woke to sun! 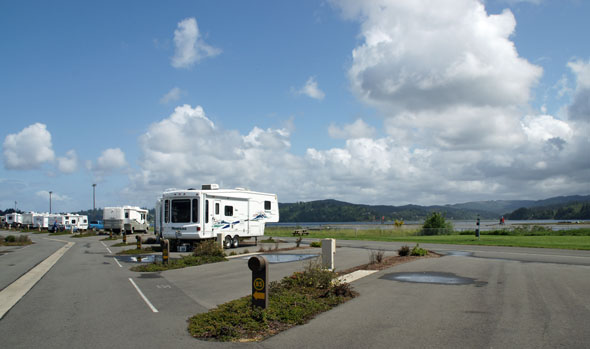 The Old Mill Casino RV park sits right on Coos Bay. There is a lot of bird life - including a bald eagle circling overhead this morning (or so My Dad says... I was asleep). DT and I jogged circles around the campground before heading north on Highway 101. Dad also left, heading to a rally with one of his many RV clubs.

We made lunch camp at a new roadside turn-out over Cook's Chasm at Cape Perpetua. 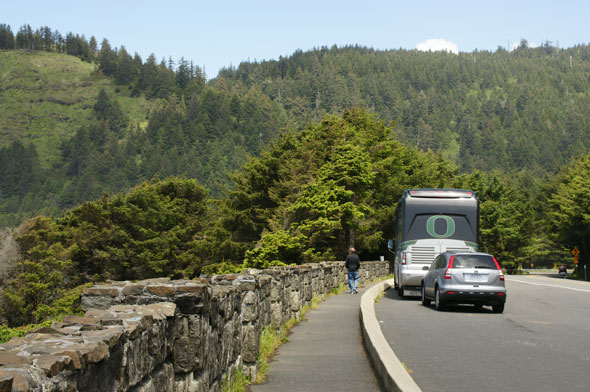 Captain James Cook sailed past this point on the Feast of St. Perpetua Day (7 March) in 1778, so named this cape after the martyred Christian. Perpetua, though a young nursing mother, was sent to her death in 203 in present-day Tunisia when she refused to refute her Christian faith. Perpetua was "condemned to be torn to pieces by wild beasts". She was placed in an arena with a mad cow, (hey, this happened a very long time ago - maybe something was lost in translation?) ripped to shreds by the crazed beast, and then stabbed with a sword (by a soldier) to finish the deed. Yet, even the sword did not kill her, so Perpetua removed the sword from her body and slit her own throat. I couldn't make this stuff up. For this, all she gets a feast day and a cape named after her on the other side of the planet?

A beautiful (cold, windy) day on the Oregon Coast! This photo shows Cape Perpetua from the turn-out. There is a very nice trail from the parking area leading down to the rocks below for tide-pooling. Below the road is "Cook's Chasm" - where the waves have eroded a channel into the rocks. On a high tide, or during a storm, the water shoots out of the chasm like a geyser! 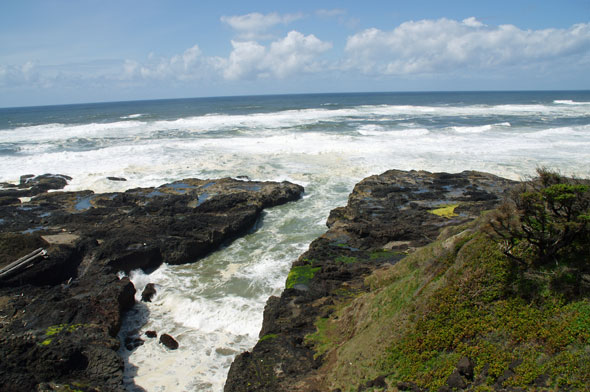 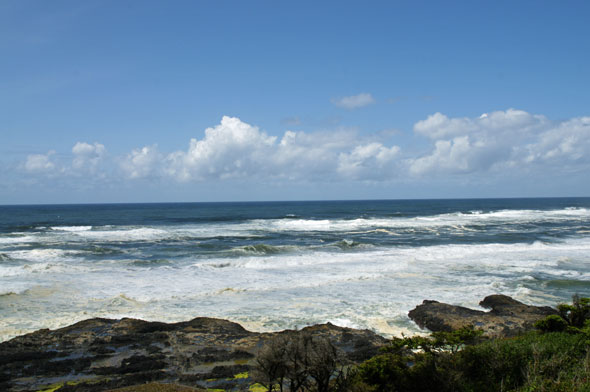 The tide was just coming in and the waves weren't very strong.

Late afternoon, we arrived to our favorite campground in Newport, Oregon - at the Marina. Long pull-through paved sites with full hook-ups - within walking distance to the Rogue Ale Meeting House. 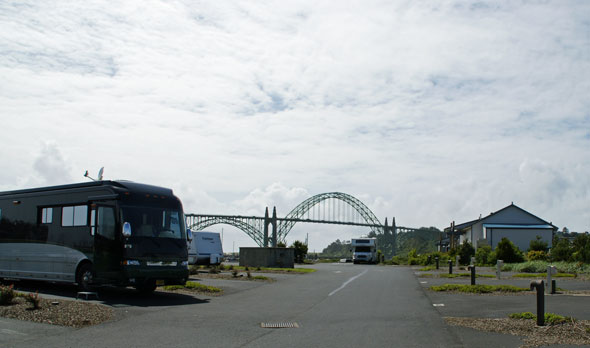 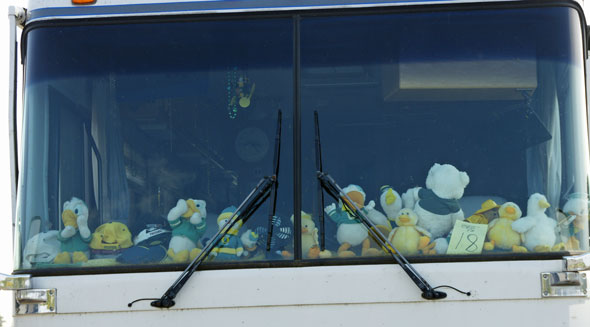 .. and I think we are going to like the folks parked next to us.

Just after seven o'clock we walked around the marina for dinner at The Rogue. It was a pretty evening (really cold though) and I schlepped my camera along so you could see the pretty boats in the marina. 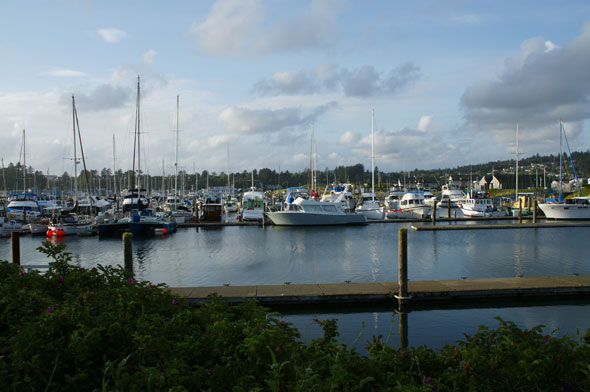 The Rogue complex is quite large, as it is a working brewery, restaurant, pub, brewery office, distribution center, warehouse, distillery and who knows what else. 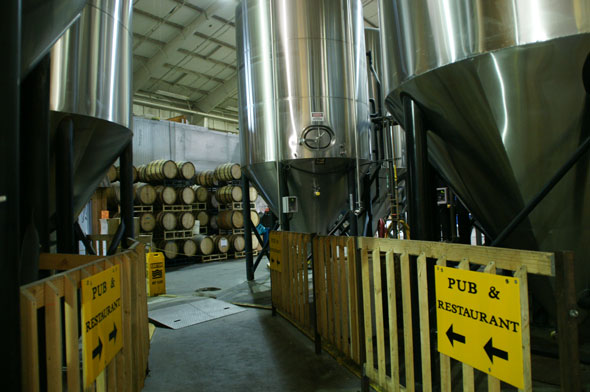 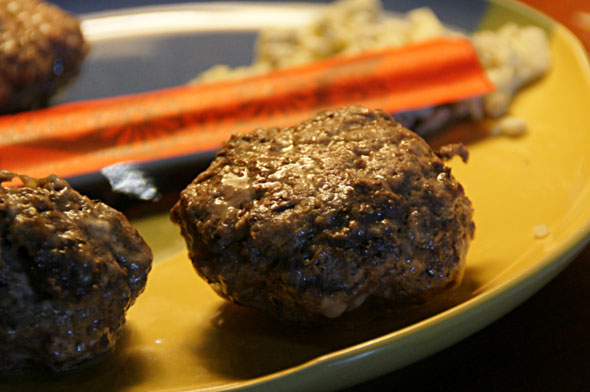 If you ever visit a Rogue establishment, I insist you try their Kobe Blue Balls - American raised ground Kobe beef mixed with Rogue Creamery Blue Cheese. 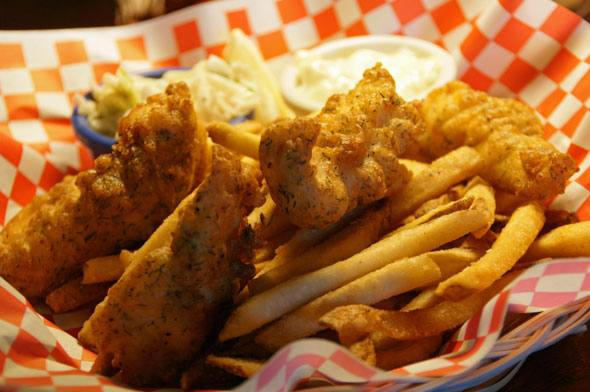 DT and I shared the Kobe Blue Balls and then split an order of the best halibut fish and chips on the Oregon Coast! Dave had a pint of Brutal Bitter and I had a pint of their fabulous house-made root beer.

Then we made a mad dash back to the RV, because the sky turned threatening. 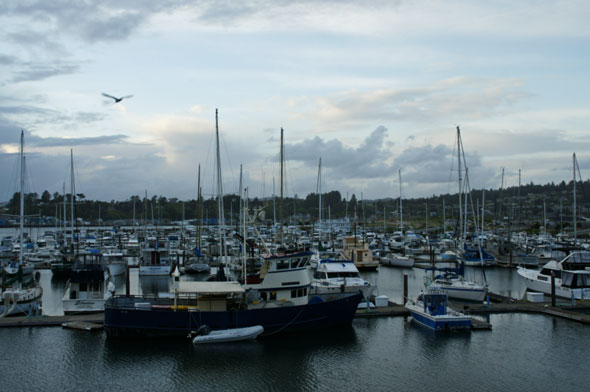 We barely closed the RV door behind us when the skies opened again! The past several days have not been kind to us weather-wise.

No matter, we trudge on!

Until my next update, from the soggy Oregon Coast, I remain, your hoppy correspondent.

RV Park:  Port of Newport RV Park. Large paved sites, pull-through and back-in, wifi, cable TV, bathhouse and laundry. Directly on the marina with views of the bridge. Walk to the Oregon Coast Aquarium and the Hatfield Marine Science Center - and the Rogue Brewery and Pub. We are paying $35 per night.
« What you didn’t see Rain Delay »