Sacramento, California: Except for dinner reservations this evening with Brother Steve and Gina, we had nothing on our agenda. No conference calls. Nothing. Such a rare, carefree day.

Oh, you know that is never going to happen, right?

Dave went out to walk two miles, while I finished my coffee and blogging, then we met to walk another four miles together.

This RV park is nothing but bare-bones. We are camped in a massive gravel parking lot with no trees, but we have a 50 amp, full service site  - and water (!) and water pressure. Such a change from the past four nights in Chowchilla. This campground has no fitness center. No pool. No hot tub. They have laundry and a bathhouse... but the Cal-Expo RV Park is situated along the American River, with miles and miles and miles and miles of hiking and biking paths. 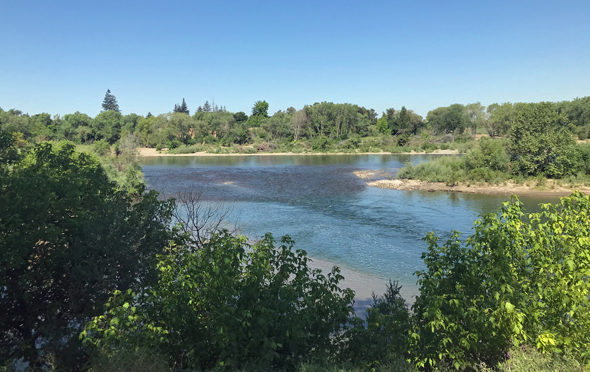 Such a beautiful place to walk in the morning (or jog, next to your foot-taller husband, who is walking, and yet you are keeping the same pace) in Sacramento. 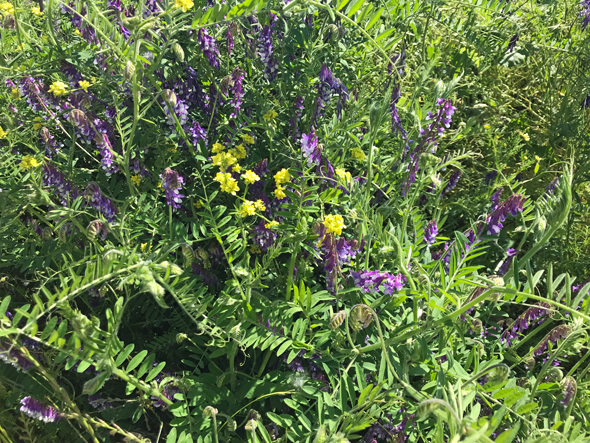 The flowers are blooming like mad. We must have seen 30 different bird species. We saw a fox (not a coyote!). We saw a rabbit. The river is full. We saw many geese on the river, and along the adjacent golf links. 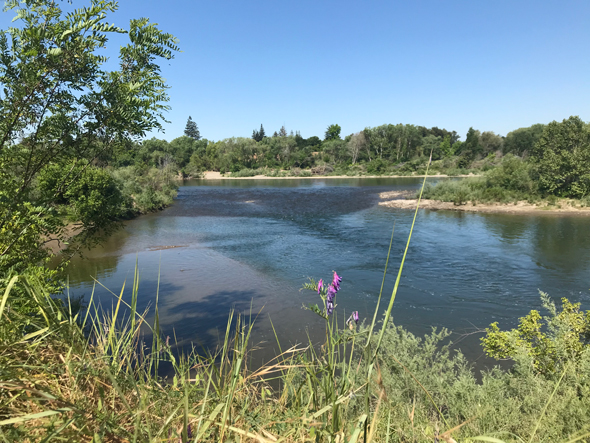 It was a great way to start the day.

After showers, we went for tacos and then stopped at a hip new Ralph's Market near the University to restock our larder. On the way back to the RV, our car was acting up. Strange. Not wanting to start. This has been an on-going issue over the past few weeks. A few things - like the on-board touch-screen - were not working all the time. A few features on our Jeep had not been operating for a few months.

After returning to the RV and stowing the groceries, I began Googling the car issues. (Never a good idea.) After reading, I decided maybe we needed a new battery. This would be a quick and inexpensive solution. I found a place nearby (Google, again) that carried our car battery, called them, and told them I was on my way.

I drove into a small pop+son shop. They specialized in custom, high-end American and fancy European imports, but they had my battery in-stock and it only took a few moments to swap it out. While waiting for the dad to fetch the battery, I talked with the son who was getting ready to ship a flashy brilliant-yellow Ford Mustang to a customer. The Mustang was fantabulous and glamorous, sexy and sleek. I suggested to the son if his shop didn't have my battery... maybe I could just drive off in this amazing Mustang? The son laughed. He said the Mustang was a stick shift. Excuse me? I told him my age and said I learned to drive on a manual transmission.

Then I told him I learned to drive (a stick!) on a Volkswagen Karmann Ghia (that my Dad bought for me to drive... along with my subsequent many younger siblings). Yes, I am old - probably why I can drive a car with a stick. Is this a lost art? Did we teach Lisa to drive a manual transmission? I can't remember. Parenting fail?

Also wondering if shifting a stick is like riding a bicycle? Would I remember how to drive a manual transmission car after, what?, 30+ years? (I'm betting yes.)

NOTE TO READERS: Please let me know you can drive a car with a manual transmission??? Should this skill be on the Adulting Check List?

A new battery later, I drove off from the shop and all sorts of things were working on my Jeep that had not worked in months.

Dave and I had plans to meet Brother Steve and Gina downtown at one of Sacramento's oldest and most popular restaurants, The Firehouse, for dinner. It was fancy. Steve and Gina remember dining here with their parents!

A few photos of our meals:

Appetizer of tortellini stuffed with asparagus and ricotta, with black truffle 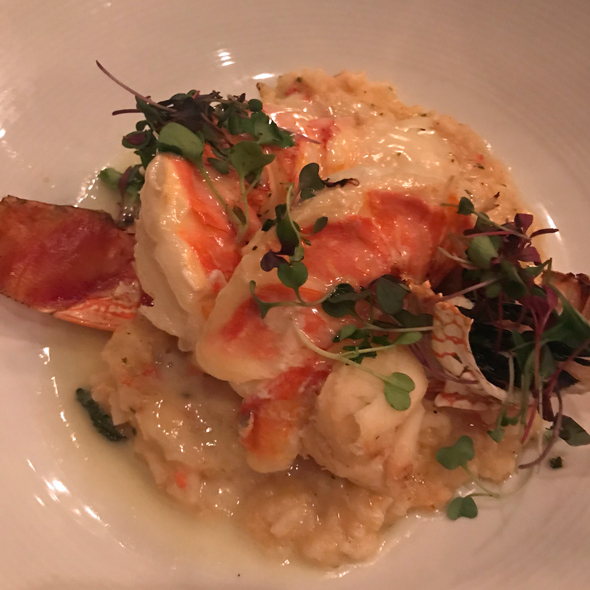 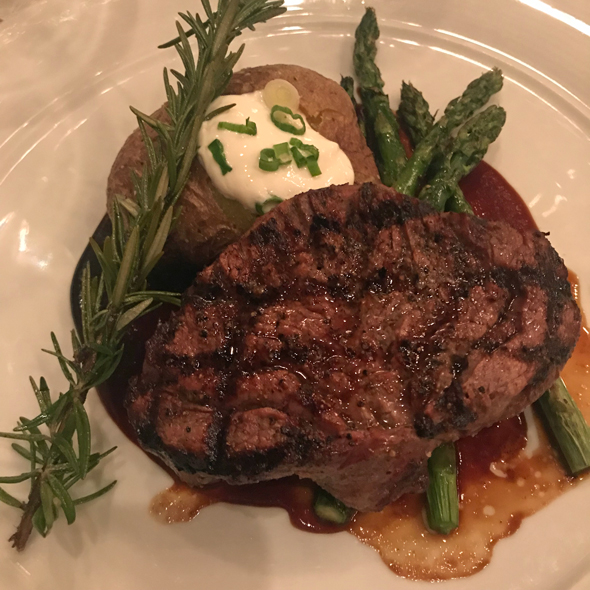 Asparagus is in season and was served with every entree. Why not?