Seattle, Washington: Who would ever think a RV blog would ever have "King Tut" as a title?

I try to keep you all on your toes.

I've had a very long day. Waking to a rare alarm. Confused, again, at the moment my eyes open. Where am I today? Our house? Our RV? Lisa's house? A hotel? I need to get used to this morning human GPS-check. It will be the norm all summer.

And by summer, I mean Oregon "summer". The wind and rain were horrid this morning. With the gusty winds, I was grateful my travel plans today did not include an airplane. I am also happy, with DT away, our housesitter arrived in time to lug carry my suitcase to the awaiting town car, posed to drive me to the train station.

The train to Seattle was uneventful, but delayed for quite a while for a drawbridge raised for a barge at the Columbia River (Oregon-Washington border) just a few miles from Union Station and again delayed due to a commuter train near Seattle. All-in-all, the train was nearly one hour late - which gave me a very short window to reach my hotel, drop-off my things and get to my allotted time-slot at the King Tut exhibit at the Seattle Science Center. 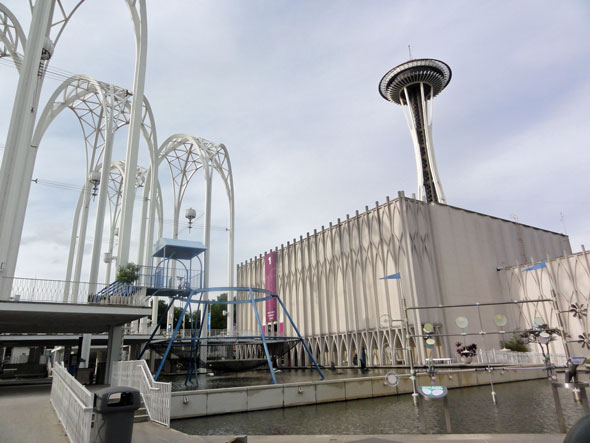 Seattle Science Center - with the Space Needle in the background

I arrived five minutes after my reserved time at the exhibit. There was a bit of tsk-tsking, but I was allowed in to see the loot from the tomb of The Boy King!

First, visitors are shown a short introductory film (no gum, no food, no drink, no flash photography) and then we were let loose into the exhibit. The first few rooms showed the daily life of the Pharaohs and then the exhibit leads to the treasures found in the rooms discovered by British archaeologist Howard Carter on 4 November 1922. Buried for over 3000 years, robbers had raided parts of the chambers, but were never able to ransack the inner tombs of Tutankhamen - the Boy King - who ruled from about 1332-1323 BC. Tutankhamen's mummified body was covered with many tomb-like boxes and inside the boxes, the mummy was sealed inside three different human-shaped coffins. 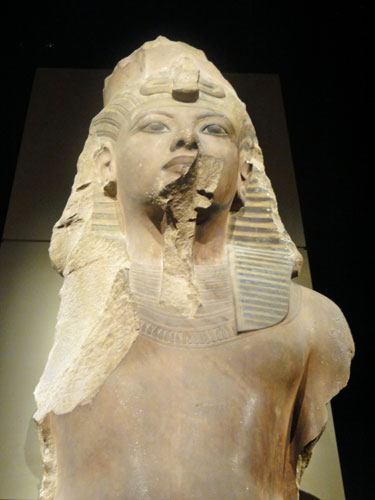 This statue of Tutankhamen is one of a pair found at a temple at the west bank of Thebes. (The other twin statue is at the University of Chicago.) 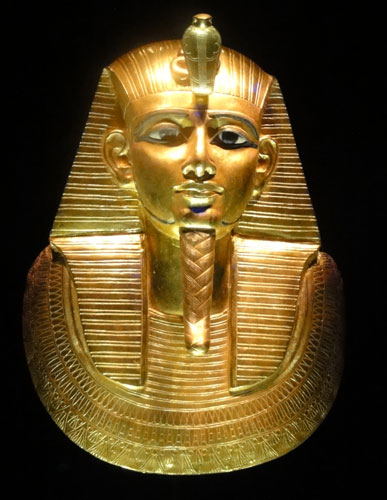 Gold mask of the Boy King 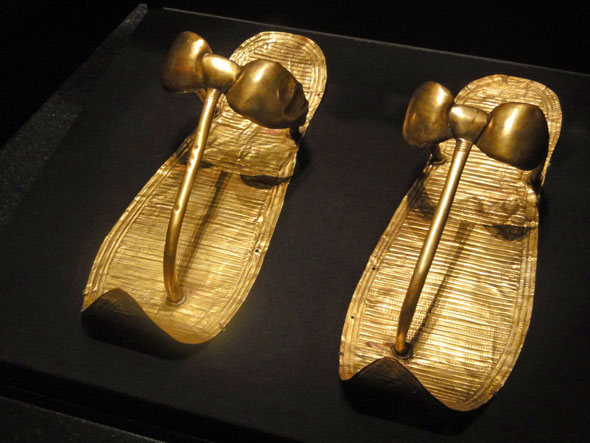 Gold flip-flops - placed on Tutankhamen's feet in his tomb. Designed by Stuart Weitzman. 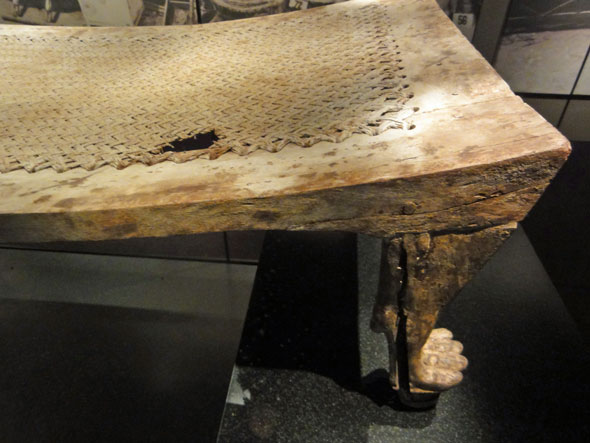 This fascinated me - though thousands and thousands of years old, the caning on a bed found in the tomb is still intact! This photo shows the foot of the bed - the legs are  carved with "cat" claws. This bed was one of seven beds found in his tomb and experts believe the bed was used by the king in his palace before his death. 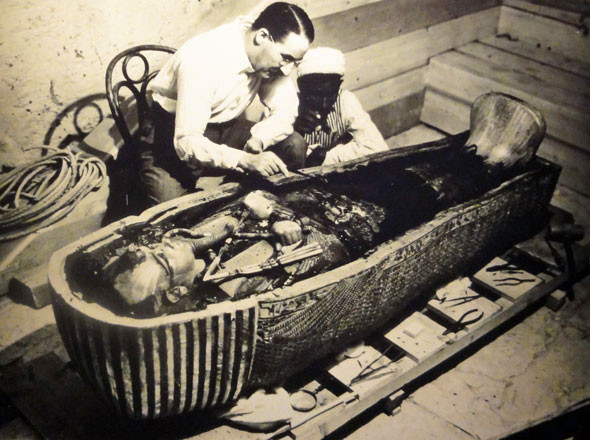 1922: Howard Carter finally gets to the mummified remains of King Tut 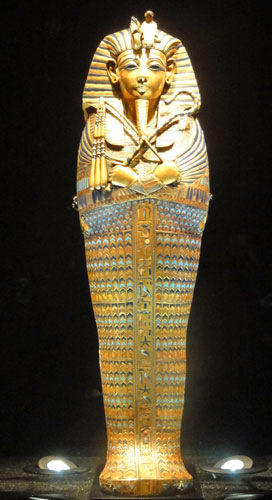 Do not read this if you have just eaten or ever plan to eat again. This gorgeous golden statuette is a Canopic Coffinette - or a small coffin with the purpose of housing one of King Tut's internal organs. The coffinette pictured above is less than two feet tall and carried the king's stomach into the ever-after.

NOTE TO SELF: Order extra-large coffinette for my stomach. 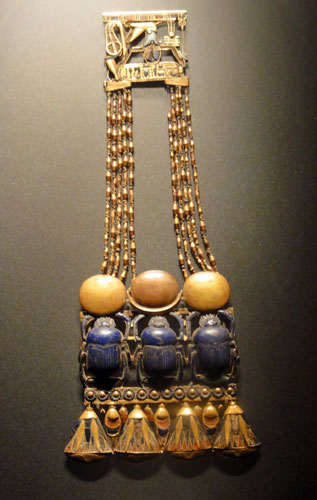 This necklace was around the neck of The Boy King. It symbolizes all sorts of ancient Egyptian magical sun and moon elements. I believe Chico's made this piece.

Today, scientists believe King Tut died from an infection due to a broken leg. It is all still controversial. DNA tests show two still-born infant girls (also found in the tomb) are the daughters of the Boy King. So sad.

After this exhibit leaves Seattle, it will return to Egypt and the treasures are not expected to tour again. If you plan to visit Seattle anytime between now through 6 January 2013, I would advise you to book your ticket right away. $32 to see inside an ancient Egyptian tomb.

Until my next update, I remain, your mummified correspondent.
« Overnight Strata for Two BlogHer Food 12 – Day One »