Los Angeles, California: Our Little Grandson will be three tomorrow! Dave and I flew to Los Angeles, Lenny's parents flew in from DC, Lenny's grandmother flew in from Cincinnati and Lenny's brother flew-in from London. The airlines should send Leo a birthday gift! 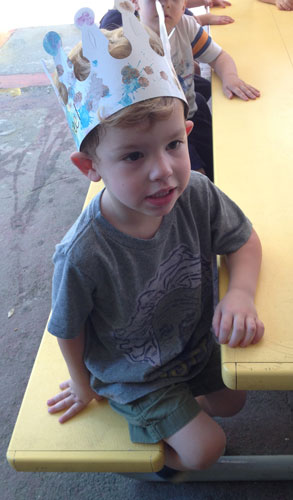 Lisa brought home-made cupcakes to Leo's class today. Leo's classmates made him a crown, which he was allowed to wear all day for his birthday. His pals sang Happy Birthday and then had a cupcake. 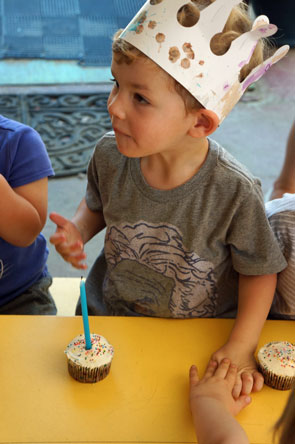 Leo's classmates were very sweet and thanked Leo's Mommy for bringing the treats.

Leo has received gifts from around the world. Our friends, Jules & Gary, brought Leo the Commonwealth Games mascot (Clyde!) from Glasgow. 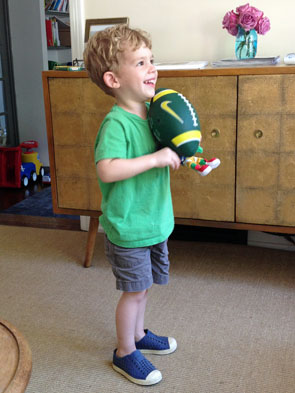 Not only is Clyde awesome with purple hair, Clyde can also catch a football. 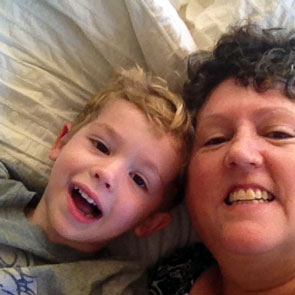 Bubbe & Leo selfies (we were supposed to be napping)

There is a lot of preparation for Leo's birthday weekend. Cupcakes to bake. Gifts to wrap. Treat bags to assemble. Trikes to wash. 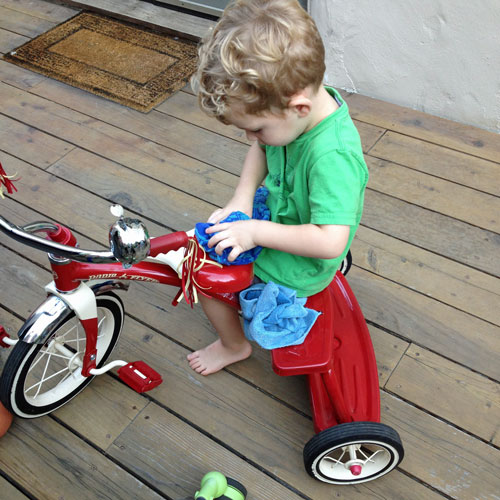 This evening - before the BIG EVENT - Leo had his grandparents and Great Grandma (Lenny's grandmother) for dinner. Leo served his favorite food - pizza - and opened gifts from his family.

Uncle Eli arrived from London, but spent his first hour in Lisa & Lenny's garage. What was Eli doing down there?

Eli was assembling something... 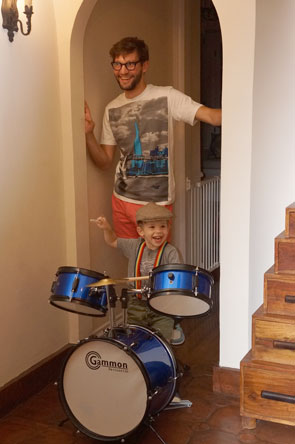 The drum set was a huge hit with Leo. (Lisa and Lenny may not be as thrilled.) The hat and suspenders were a gift from Lenny's sister and Tyson.

Until my next update, from the "official" birthday bash, I remain, your worn-out Bubbe correspondent.