If you think it has been quiet around my blog this week, you should have been at our house. You don't know quiet. So quiet around here. My Poor Driver came down with something (we are completely blaming our SoCal family for this "throat fever"). The strep test came back negative, but Dave was feverish/ill enough to cause me to move to the guest room for the first time in the 22 years we have lived in this house. Dude was sick. He did not run for five days. Five Days. I think he only took three days off after Achilles surgery years ago. He barely ate food.

I don't know how many of My Dear Readers live with runners, but runners are a very specialized breed. Difficult to explain the mind-set of a runner to normal people. It's like caring for a turtle or a snake or a goldfish. You feed them, but after that, they are pretty much on their own. When ill, they hide away, probably wishing they were out on a run.

After 40 years, I can only offer this small morsel of advice to people living with runners: NEVER EVER EVER EVER DO THEIR LAUNDRY!!

On a positive note: I now know what guests experience when they sleep in our guest room. The bed is firm, the duvet is fluffy, the door to the terrace opens to an owl-filled forest, good water pressure in the shower and the wifi has excellent coverage. Who knew? Maybe everyone should spend a night in their guest room to learn what is right/not right? (Note to Self: night light bulb needs replacing.) 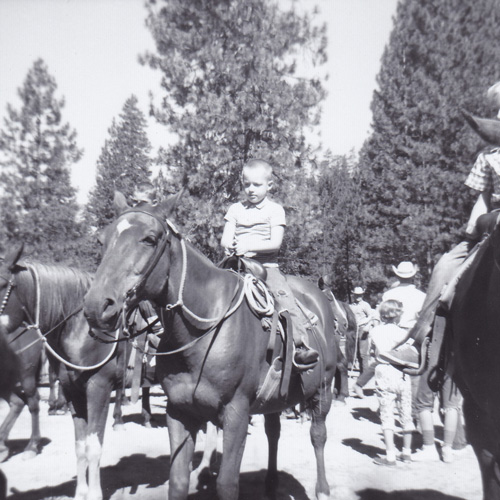 My photo organizing project is complete. Two-plus weeks in total, with a few hours/days off here and there. I first sorted the photos into categories - College. New Hampshire. Philippines. Taiwan. Portland. (Most people would sort their photos by year; I am not that coordinated. Our photos are sorted by country.)

Then every pile of photos were sorted again, weeded-through, shredded or kept. Dave and I guestimate we kept 10% of our photos. A very difficult chore if you are the parents of the most fashionable daughter ever.

Most common problem with our film photos? Blurriness, darkness and the now-awkward rounded corners on so many of our printed photos. After 1999 we went digital, so the photos we sorted this week covered everything from our parents childhoods through Lisa's high school graduation. A lot of years, but not a lot of photography between 1930 and 1970. 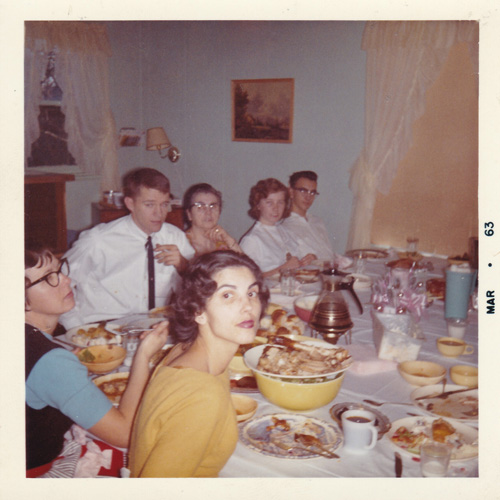 I was so very happy to find this photo of my Mother (in yellow). So pretty. So young. So simply chic. Her older sister is to her left. My Dad (smoking! skinny tie!) is next, then my (maternal) Grandmother... and then it all gets a bit blurry about the girl next to my cousin...

After the photos had been shredded or categorized into well-marked envelopes, they were ready to be sent off to a local company specializing in this sort of digitalizing thing. Just as I was ready to celebrate finishing the chore, I stumbled upon a box of photos that I had assumed were "work photos" Dave was going to sort through separately on his own time, only to realize they were actually photos of several VW pop top camping trips from when Lisa was in middle school.

I think the mental and physical stress of this project finally proved to be too much. Not going to lie. I cried. And I cried quite a bit. Another hour sorting and shredding, just when I thought the job was finished. Why did we think it was a good idea to travel so much and take so many photos? 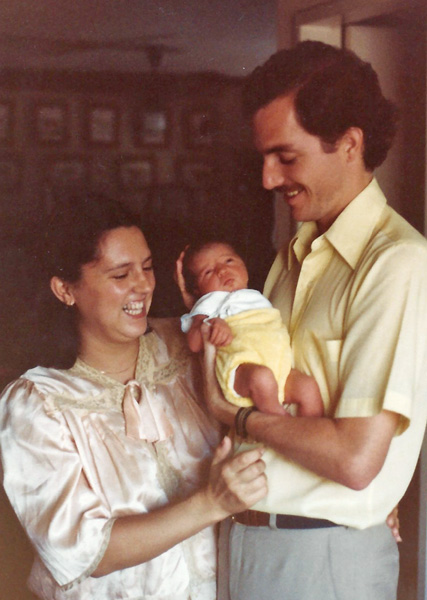 Lisa - one day old in Manila, Philippines
(Who are those young people holding her?)

Holy Snapshot. What if we had more than one child? Imagine how many photos we would have had to sort through this week? I would still be sorting. Instead, our photos are packaged and shipped off and will be returned to me on a photo DVD.

Go to your attic now and get to work. Do not leave your kids with boxes of photos. Leave them a thumb drive - in a cloud.

Until my next update, I remain, your "exhausted yet scanned" correspondent.